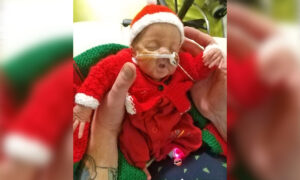 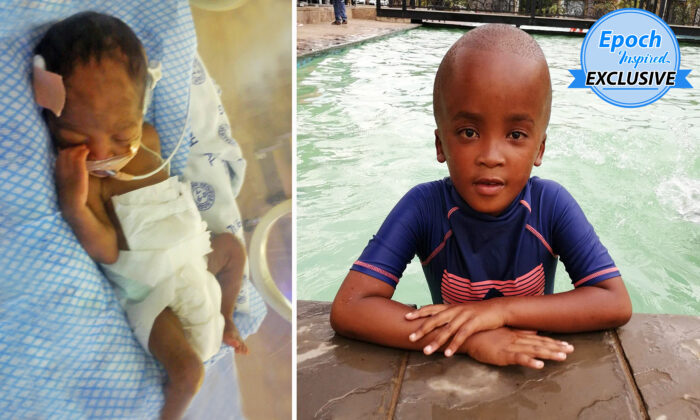 Doctors Said Boy Would Not Walk, Talk, or Leave the NICU, Now He’s a Thriving 7-Year-Old

A mother of two was told upon the birth of her son with a special condition that he may not walk, talk, or leave the NICU. However, the broken-hearted woman vowed to love her baby unconditionally, and now seven years later, the little boy has not only defied the doctor’s prognosis but he’s thriving.

“I had Thato when I was doing my second year at the University of Johannesburg,” 28-year-old Nomsa Mavimbela, of Evaton, South Africa, told The Epoch Times via email. “I was so scared of how my mom would take the news, given that she is a single parent who was unemployed.”

Although her mother was disappointed initially, she advised Nomsa to remain calm and focus on her studies. “I did exceptionally well that year,” Nomsa, now a chemical engineer, reflected, “and all because of [the] zeal I was getting from my boy.”

“I collapsed the first time I laid eyes on my baby,” his mother recalled upon seeing him for the first time. “He was so tiny with tubes [over] almost his entire body.” Yet Nomsa was over the moon, excited to hold her baby despite the trials that lay ahead.

“[D]octors said he will not make it,” she explained, sharing her story with the South African Facebook group #ImStaying; “they also said he will not be able to walk and talk and NICU had become his home.”

Thato was diagnosed with a condition called hydrocephalus, which is a buildup of cerebrospinal fluid in the brain causing the head to grow bigger than its normal size, sometimes even up to the size of a watermelon. The condition could also lead to brain damage, impaired vision, loss of coordination, and urinary incontinence; and if it isn’t given attention, it could be fatal too.

“I was shattered,” Nomsa told The Epoch Times. “I had so many questions because I had never come across anyone with the condition.”

Thato remained in the NICU for six weeks following his birth, battling jaundice and respiratory problems. At the age of 7 months, he was fitted with a VP shunt to relieve pressure in the brain caused by fluid accumulation.

Nomsa’s supportive mother reminded her to stay strong and love her baby unconditionally, because “God knows why he had to be different.” Nomsa looked only to the future, and her son continued beating the odds.

“When he started school I was worried about how others were going to treat him,” she admitted. Finding an affordable special-needs school that could cater to Thato’s needs was also a challenge, but now at the age of 7, Thato is the only student at his school with his specific condition.

Despite all that he has gone through, Thato, according to his mother, is a confident child. “He never says, ‘No, I’m different so I can’t play with others,’” Nomsa explained. Thato will always approach kids at play, and if the group abandons him for being weaker than his peers, he will simply continue playing on his own.

“He is the most loving and caring child I’ve ever known, regardless of the hate given to him at times,” Nomsa said.

However, for Nomsa, the most challenging part of raising a child with special needs, she shared, is “watching them face life’s difficulties and wishing you could swap positions with them.”

The loving mom’s personal philosophy is to “be the change you want to see in the world.” For her, this means loving and accepting her son for who he is so that the rest of the world can follow her lead. She also credits her husband for echoing her sentiment.

“[My husband] has been such an amazing soul,” she said of the man who has accompanied Thato to every single doctor’s appointment. “He is raising our son so effortlessly.”

Thato had his VP shunt reviewed by a neurologist in March 2020, who discovered that it was blocked and not working properly. He still experiences coordination issues and struggles to read, but he can do everything the doctors said he may never do.

“He walks and he is very talkative, he can even run and jump now,” Nomsa marveled.

Thato’s extraordinary journey, lasting seven years and counting, has taught Nomsa that the world would be a better place with more love, acceptance, and education. “Let us stop with the bullying and shaming,” she implored. “If you don’t know about the condition, ask.

“Let us love our kids and teach them that it’s okay to be different,” she reflected. “Always remember that God gives His toughest battles to his strongest soldiers.”