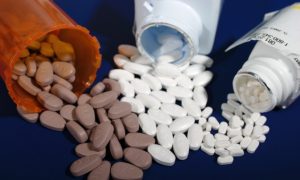 Do You Take Any of These 11 Dangerous Statins or Cholesterol Drugs?
0
Share Now
TelegramFacebookTweetEmailTellMeWeReddit
Copy Link
Good to Know

Tens of millions of Americans are taking cholesterol-lowering drugs—mostly statins—and some “experts” claim that many millions more should be taking them. I couldn’t disagree more.

The fact that statin drugs cause side effects is well established—there are now 900 studies proving their adverse effects, which run the gamut from muscle problems to increased cancer risk. For starters, reported side effects include:

Muscle problems are the best known of statin drugs’ adverse side effects, but cognitive problems and memory loss are also widely reported. A spectrum of other problems, ranging from blood glucose elevations to tendon problems, can also occur. There is evidence that taking statins may even increase your risk for Lou Gehrig’s disease, diabetes, and even cancer. Statins currently available on the U.S. market include:

Statin Drugs: A Surprising Cause of Diabetes

Statins have been shown to increase your risk of diabetes through a few different mechanisms. The most important one is that they increase insulin resistance, which can be extremely harmful to your health. Increased insulin resistance contributes to chronic inflammation in your body, and inflammation is the hallmark of most diseases. In fact, increased insulin resistance can lead to heart disease, which, ironically, is the primary reason for taking a cholesterol-reducing drug in the first place! It can also promote belly fat, high blood pressure, heart attacks, chronic fatigue, thyroid disruption, and diseases like Parkinson’s, Alzheimer’s, and cancer.

Your Lingering Cold May Not Be a Cold at All

Secondly, statins increase your diabetes risk by actually raising your blood sugar. When you eat a meal that contains starches and sugar, some of the excess sugar goes to your liver, which then stores it away as cholesterol and triglycerides. Statins work by preventing your liver from making cholesterol. As a result, your liver returns the sugar to your bloodstream, which raises your blood sugar levels.

Now, it’s important to realize that drug-induced diabetes and genuine type 2 diabetes are not necessarily identical.

If you’re on a statin drug and find that your blood glucose is elevated, it’s possible that what you have is just hyperglycemia—a side effect, and the result of your medication. Unfortunately, many doctors will at that point mistakenly diagnose you with “type 2 diabetes,” and possibly prescribe another drug, when all you may need to do is simply discontinue the statin in order for your blood glucose levels to revert back to normal. So if friends or loved ones you know are on a statin (and one in four Americans over 45 are) and they are told they have diabetes, please do them a favor and tell them about the information in this article.

A study known as the JUPITER trial initially suggested cholesterol-lowering statin drugs might prevent heart-related death in many more people than just those with high cholesterol. But two years after its publication in 2008, researchers came out saying the JUPITER results are flawed — and that they do not support the benefits initially reported. Not only is there no “striking decrease in coronary heart disease complications,” but a more recent report has also called into question drug companies’ involvement in such trials.

According to a report by ABC News:

“… major discrepancies exists between the significant reductions in nonfatal stroke and heart attacks reported in the JUPITER trial and what has been found in other research … ‘The JUPITER data set appears biased,’ [the researchers] wrote in conclusion.”

If You Take Statins, You MUST Take CoQ10

Statins deplete your body of CoQ10, which can have devastating results. If you take statin drugs without taking CoQ10, your health is at serious risk. Unfortunately, this describes the majority of people who take them in the United States. CoQ10 is a cofactor (co-enzyme) that is essential for the creation of ATP molecules, which you need for cellular energy production. Organs such as your heart have higher energy requirements, and therefore require more CoQ10 to function properly. Produced mainly in your liver, it also plays a role in maintaining blood glucose.

Physicians rarely inform people of this risk and only occasionally advise them to take a CoQ10 supplement. As your body gets more and more depleted of CoQ10, you may suffer from fatigue, muscle weakness and soreness, and eventually heart failure.

Coenzyme Q10 is also very important in the process of neutralizing free radicals. So when your CoQ10 is depleted, you enter a vicious cycle of increased free radicals, loss of cellular energy, and damaged mitochondrial DNA. If you decide to take a CoQ10 supplement and are over the age of 40, it is important to choose the reduced version, called ubiquinol. Ubiquinol is a FAR more effective form—I personally take it daily for its many far-ranging benefits. As for dosage, Dr. Graveline, a family doctor and former astronaut, made the following recommendation in a previous interview on statins and CoQ10:

Statin drugs also interfere with other biological functions, including an early step in the mevalonate pathway, which is the central pathway for the steroid management in your body. Products of this pathway that are negatively affected by statins include:

It’s still uncertain whether statins actually deplete your body of vitamin D, but they do reduce your body’s natural ability to create active vitamin D (1,25-dihydroxycholecalciferol). This is the natural outcome of the drug’s cholesterol-reducing ability, because you need cholesterol to make vitamin D! It’s the raw material your body uses for vitamin D conversion after you’ve exposed your skin to sunlight. It’s also well-documented that vitamin D improves insulin resistance, so needless to say, when you take a statin drug, you forfeit this ‘built-in’ health-promoting mechanism, which is yet another clue as to how statins can cause diabetes.

Ninety-Nine Out of 100 People Do Not Need Statin Drugs

That these drugs have proliferated the market the way they have is a testimony to the power of marketing, corruption and corporate greed, because the odds are very high— greater than 100 to 1—that if you’re taking a statin, you don’t really need it. The ONLY subgroup that might benefit are those born with a genetic defect called familial hypercholesterolemia, as this makes them resistant to traditional measures of normalizing cholesterol.

And, even more importantly, cholesterol is NOT the cause of heart disease.

If your physician is urging you to check your total cholesterol, then you should know that this test will tell you virtually nothing about your risk of heart disease, unless it is 330 or higher. HDL percentage is a far more potent indicator for heart disease risk. Here are the two ratios you should pay attention to:

I have seen a number of people with total cholesterol levels over 250 who were actually at low risk for heart disease due to their elevated HDL levels. Conversely, I have seen many people with cholesterol levels under 200 who had a very high risk of heart disease, based on their low HDL. Your body NEEDS cholesterol—it is important in the production of cell membranes, hormones, vitamin D, and bile acids that help you to digest fat. Cholesterol also helps your brain form memories and is vital to your neurological function. There is also strong evidence that having too little cholesterol INCREASES your risk for cancer, memory loss, Parkinson’s disease, hormonal imbalances, stroke, depression, suicide, and violent behavior.

Statins Should NEVER Be Used by Pregnant Women

One in four Americans over the age of 45 is now taking these drugs, and few are properly warned about the related health risks. Part of the problem is that many doctors are not even aware of all the risks. A study published last spring highlighted this dilemma.

Most disturbingly, the researchers found that physicians were lacking in awareness of the teratogenic risks3 (ability to cause fetal malformations) of statins and other cardiovascular drugs they prescribed for their pregnant patients. The study followed an earlier report, which had concluded statins should be avoided in early pregnancy due to their teratogenic capability4. An even earlier 2003 study5 had already established that cholesterol plays an essential role in embryonic development, and that statins could play a part in embryonic mutations or even death…

Indeed, it’s difficult to look at these facts and not reach the conclusion that the pharmaceutical industry is quite willing to sacrifice human lives for profit. Statins are in fact classified as a “pregnancy Category X medication.” Meaning, it causes serious birth defects, and should NEVER be used by a woman who is pregnant or planning a pregnancy.

In a bold attempt to increase profits before the patent runs out, Pfizer has introduced a chewable kid-friendly version of Lipitor. Its US patent for Lipitor expired in November 2011, and seeking to boost sales of the drug, children have become the new target market, and the conventional medical establishment is more than happy to oblige.

Researchers and many doctors are now calling for universal school screening of children to check for high cholesterol to find those “in need of treatment.” In addition, older siblings, parents, and other family members might be prompted to get screened as well, the researchers say, which would uncover additional, previously undiagnosed adults in need of the drug.

This is clearly NOT the way to improve public health. On the contrary, it could produce a new, massive wave of extremely dire health consequences in just a few years’ time.

So rather than improving school lunches, which would cost about a dollar a day per child, they’d rather “invest” ten times that for tests and drugs that in no way, shape, or form address the root cause, which is an improper, unhealthy diet! All they’re doing is allowing all the industries to maintain or increase their profits: Big Pharma, Big Sugar, Big Corn and the processed food industry.

You and your children! And in far more ways than one!

Unlike statin drugs, which lower your cholesterol at the expense of your health, these lifestyle strategies represent a holistic approach that will benefit your overall health—which includes a healthy cardiovascular system.

*Image of “statin tablets” via Shutterstock