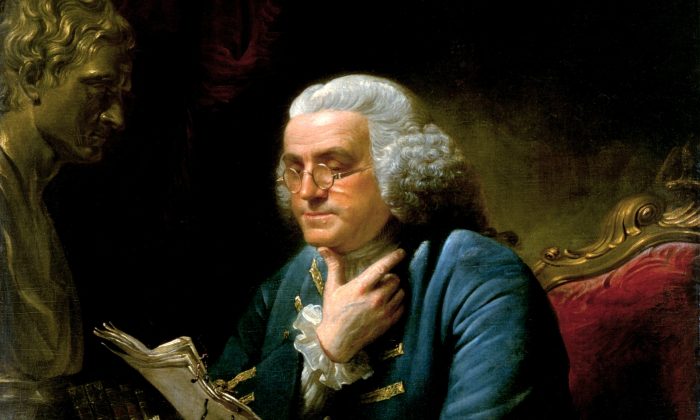 Ah! It’s a lovely Friday evening. You’ve had a successful work week and now it’s time to have some quiet relaxation. You have a book on the coffee table you’ve been wanting to delve into—but first, a quick glance at social media is in order.

Several hours and several videos later, you realize it’s time to head for bed, which you do, hating yourself all the way for having wasted the little time you had to exercise your mind through reading.

I’ll be the first to raise my hand and confess to having done the above—more times than I care to admit. And unless I miss my guess, I’m not alone in this folly.

I make this claim based not only on the knowledge of human nature, but also on a recent report from the Bureau of Labor Statistics. Released annually, the American Time Use Survey breaks down the way Americans spend their hours, particularly those hours devoted to free time.

Of the hours devoted to free time, one area in particular is rather shortchanged. That area is reading.

Overall, Americans spend only 17 minutes per day in reading activities. As The Washington Post explains, this number has dropped six minutes since 2004. Broken down by age range, those in the millennial generation read the least, averaging seven minutes a day. Those in the 75 and older age range average 51 minutes per day.

The stats get slightly better when we come to the relaxing/thinking category. On average, Americans spend 22 minutes engaged in such an activity.

But things really start to soar when we come to the games/computer and television categories. The average American spends 28 minutes on the former and a whopping two hours and 46 minutes on the latter!

Compare this to the practice of one of America’s greatest founding minds, Benjamin Franklin. In his autobiography, Franklin makes numerous references to the fact that he used any time he could spare for expanding his mind through reading:

“From a child I was fond of reading, and all the little money that came into my hands was ever laid out in books.”

“In a little time I made great proficiency in the business, and became a useful hand to my brother. I now had access to better books. An acquaintance with the apprentices of booksellers enabled me sometimes to borrow a small one, which I was careful to return soon and clean. Often I sat up in my room reading the greatest part of the night, when the book was borrowed in the evening and to be returned early in the morning, lest it should be missed or wanted.”

“I had been lucky enough to improve the method of the language, and this encouraged me to think I might possibly in time come to be a tolerable English writer, of which I was extremely ambitious. My time for these exercises and for reading was at night, after work or before it began in the morning, or on Sundays, when I contrived to be in the printing-house alone….”

This attention to reading appears to have paid off, not only for Franklin but also for the nation as a whole. His contributions to society include a number of inventions, public institutions of learning, and pages of written wisdom. His influence in shaping America and her reputation was felt abroad—through his ambassadorship in France—and at home, not only through his help in shaping the Declaration of Independence and the Constitution, but also in his pioneering suggestion that slavery be abolished.

Indeed, Franklin was an impressive man. But how much of his ingenuity would have been stifled and hidden from himself and the world if he had been less devoted to his reading and thinking?

On the contrary, one has to wonder how much genius and creativity today’s population is denying itself by its lack of reading. By avoiding reading, do we push ourselves into a state of mindlessness, unable to think, reason, and create in ways that sustain a future, flourishing society?