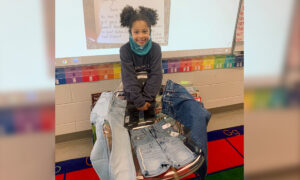 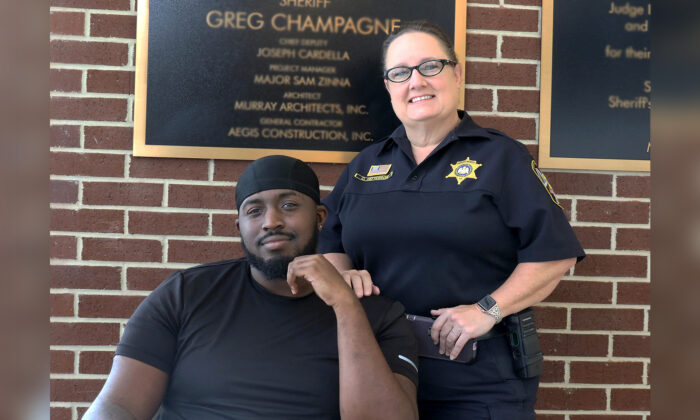 Distraught Man Credits God for Deputy Who ‘Changed His Day’ With Patience, Prayer, and Hug

A Louisiana man was already having a tough day when a dispute with a family member became the straw that broke the camel’s back.

Feeling desperate, Brandon Jarrow from Luling turned to God for an answer, and that’s when he passed a sheriff’s deputy on the highway.

The deputy, he claimed, saved his day.

“I was really distraught. I was really emotional. Everything hit me at one time, and that’s when I saw her,” Jarrow told the St. Charles Herald Guide. “I trusted God enough to know he would lead me in the right direction.”

Jarrow hopes that by sharing his experience, he can contribute to a more positive portrayal of law enforcement in the media.

In early May, St. Charles Parish Sheriff’s Deputy Connie Patterson was traveling south on I-310 when Jarrow drew level and rolled down his window. He asked the deputy if they could talk.

Patterson responded by telling him to pull over onto the hard shoulder, according to the report.

Safe by the side of the road in his stationary vehicle, Jarrow was free to share his woes. The kind deputy simply sat and listened while Jarrow spoke, before hugging him and offering a prayer in solidarity.

“He confided in me of the struggles he was going through in life,” Patterson told the St. Charles Herald Guide.

“We prayed together and agreed that God was in control.”

Patterson doesn’t believe in coincidences. Instead, she believes it was God’s plan for their paths to cross.

“I needed that moment just as much as he did, because God has big plans for him,” she said, imploring all believers to say a prayer for Jarrow, regardless of their faith.

Jarrow, with his hope renewed, said that “it’s important to remember that everybody is going through something,” whether big or small.