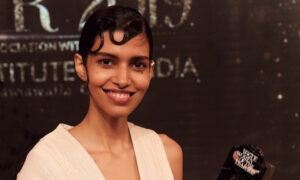 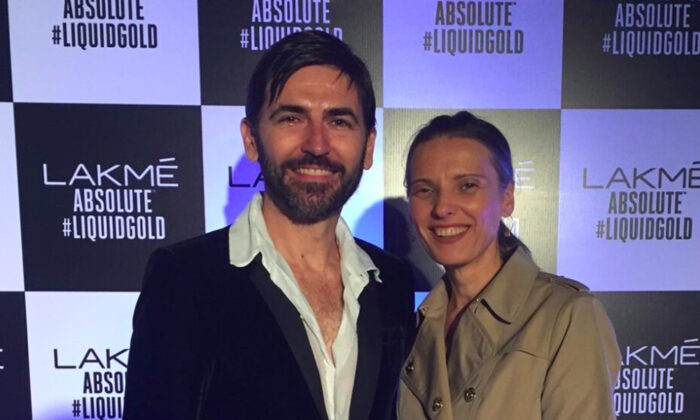 This Australian model stumbled upon India 13 years ago and is now a co-owner and director of a talent-management company that represents over 50 models with some of them forging careers in New York, Paris, London, and Milan.

He has introduced and paved the way for budding Indian supermodels like Pooja Mor in the international arena. But his life is not just about the glitz and glamor—behind this huge success lies a very humble and kind person.

Mark Luburic was born in Sydney, Australia, to Croatian parents, who had migrated in the late 60s from Croatia. At that time, Croatia was under the communist rule of Yugoslavia, so they were seeking to move to a country where they could have a more free and better life. At the age of 5, Mark’s family moved to Brisbane, and that’s where he grew up.

As a young lad, Mark dreamed of playing professional football but knew that he wasn’t going to make a career out of it. With a few friends’ suggestions, he approached an agency, and that’s when he took up modeling as a career. As a model, he traveled to Europe, Asia, and the Middle East—meeting many great people on his way.

In 2006, his life took a major turn; Mark and his wife, Gunita Stobe, came to India as models. While in India, they realized that there was a large gap in the Indian market as compared to overseas. Thus, the need to start an agency that worked at an international standard arose.

“The concept of beauty in India is so different from the rest of the world,” Mark said. “Here the benchmark is Bollywood, whereas overseas clients are looking at beauty more diverse. So we set up a talent management company called Anima Creative Management and began promoting models that represent every part of India, from the south to the northeast.”

With this big step forward, they enjoyed great success both in India and overseas and also paved a way for the models to set up international careers.

Mark said: “It sure isn’t as easy it seems, as there is a lot of hard work and dedication that goes into it. From managing the models, photographers, hair and makeup artists, and finally putting together a great portfolio and promoting them in the industry at large is no easy feat. It sometimes requires working round the clock, attending events and networking with various individuals.”

In 2012, which was four years in the business, Mark started to feel the stress and restlessness that came with working seven days a week.

“After some time, I felt I needed to drink a few drinks to be able to handle the crowd, and to get through the nights,” he said. “Even on non-event days, my release would be to get home and share a bottle of wine, crack open a few brewskies, or smoke a sheesha pipe to unwind. After a while, the body starts to feel not so good.”

Mark then started to do yoga and went back to playing football with the locals. Then in the same year, he was introduced to a meditation system called Falun Dafa (also known as Falun Gong). He said that with no second thought, he decided to give it a try.

“Well, I didn’t feel some earth-shaking sensation, but definitely a sense of unique calmness. This made me want to attend the second session and the sessions that followed. And after 3 weeks, I suddenly had no intention of wanting to drink anymore, or smoke anymore, and was just feeling amazing,” he said.

This arose in him a curiosity to find out more about the system, so his friend encouraged him to read the book Falun Gong, which outlines the principles of the practice.

“As soon as I started reading, I was hooked, I couldn’t put the book down, and I knew I had found something immensely special,” he said.

However, with all the benefits that Mark experienced, he was pretty shocked upon hearing of the persecution that Falun Gong experiences at the hands of the Chinese Communist Party.

Since 1999, “millions of people who practice Falun Gong have been subject to wrongful imprisonment, ‘brainwashing’ sessions, and torture, with thousands of deaths, confirmed in custody,” according to the Falun Dafa Information Center.

“I really couldn’t understand what was going on in China when I first heard about it. Here was this practice, in which I have benefited so much from and millions of others also, which teaches such gentle principles, was being brutally persecuted in China, and that by its own government,” he said.

He felt so bad about it and wanted to spread awareness. Thus he started to keep flyers in his car, hand out information to people on the street, and let as many people as possible know about the persecution in China.

When asked about how he manages to create a good work-life balance, he said that he owed it to the principles of Falun Dafa, namely—Truth, Compassion, and Tolerance.

“I am now able to make more rational and calm decisions, during high pressure, both at home and work. I am also more considerate of the people I work with and try to understand the situation from their perspective and find solutions to their problems, instead of getting worked up like I used to in the past.”

Mark says, “Modeling can be very challenging, so we try our best to keep everyone’s expectations real, and to concentrate only on the things which are in the model’s control, which is their beauty regime, their fitness, being punctual, polite and humble at all times, and professional. When one does all these things well, then they give themselves the best chance of success.”

“I think the most important lesson we try and instill in our talents, is that everyone has their own path, and never to compare themselves to anyone else in the industry. It’s important to work hard, to follow the course of nature, and everything will work out fine,” he added.

Mark also said that he finds that the fashion industry in India is very different compared to New York or Paris as these big-fashion cities have been major hubs for a great many years, whereas India, on the other hand, has only just begun to open the door to people from overseas for 13 years or so.

“But what’s really exciting about India is that there is so much of freshness and excitement here.”

“Generally speaking, I do see a lot of people smiling around the place which is very different to certain parts of the world, where the vibe comes off rather cold. I do enjoy that part of life here, as you can just communicate or connect with a stranger at any level of society here through the simple act of a smile,” said Mark.

For sure, this Australian has seemed to find a warmth that engulfs India.