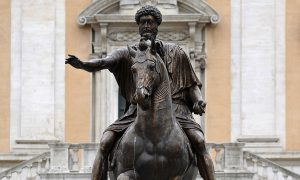 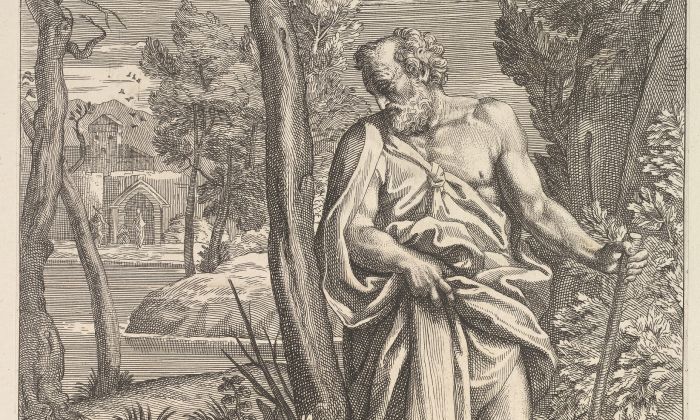 Diogenes of Sinope, the Dogged Cynic

The great ancient Greek philosopher Socrates (470–399 B.C.) believed that self-sufficiency is the key to a good life. And that the good life is dependent on our virtue, which is well within our control.

Socrates’s friend Antisthenes (455-365 B.C.) founded the philosophy of cynicism based on freedom as well as Socrates’s ideal of self-sufficiency, and on the belief that these can be realized under the rigors of toil and hardship.

Diogenes (404–323 B.C.), who put the philosophy into practice, said that the only way we can be truly self-sufficient and free is by understanding our true human nature, which he believed was at odds with human society. Therefore, to understand ourselves, we should remove all unnecessary trappings and unnatural desires instilled in us by society.

The root of the word “cynic”  comes from the Greek word “kunikos” meaning dog-like. Theories differ on exactly how and why the cynics used this word for their way of life. Some say it’s because the dog is shameless. It was certainly a description Diogenes embraced for his behavior.

Diogenes lived a simple life outside of social customs and etiquette on the streets of Athens. He slept in a wine cask and would eat, drink, and defecate on the street, with no care to conceal any of his body’s natural functions.

Although some of his actions may have appeared odd, the cynic’s aim was to improve people’s lives and align them with reason, nature, and virtue.

The cynics also valued freedom of speech. For example, as they believed in reason, they publicly spoke against theories or thoughts that had no rational basis.

On hearing a fool tune a harp, Diogenes said, “Are you not ashamed to give this wood concordant sounds, while you fail to harmonize your soul with your life?”

One day Diogenes saw a boy cup his hands to take a drink of water from the river and exclaimed, “He teaches me that I preserve an unnecessary utensil,” and he tossed away the only utensil he owned, a shell he used as a cup.

While sunbathing in Craenum, Diogenes was approached by Alexander the Great, the most powerful man in the Western world, who stood in front of him and said, “Ask me any boon you want.” Diogenes replied, “Stand out of my light.” When Alexander declared he was the king, Diogenes said, “I am Diogenes the cynic,” which means “Diogenes the Dog.”

“If I were not Alexander, I would wish to be Diogenes,” said Alexander the Great. As here was Diogenes, who lived true to his beliefs and who needed nothing and no one, perhaps Alexander, for the first time, saw true power.