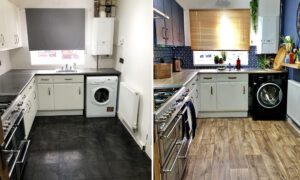 ‘Did Aliens [UFOs] Abduct Malaysia Airlines Flight MH370?’ is From a Satire Site

An article claiming that “aliens” likely abducted Malaysia Airlines Flight MH370 when it disappeared Friday night was published on a satire site.

It was published on the National Report, which only publishes satire.

It has a disclaimer on its website: “National Report is a news and political satire web publication, which may or may not use real names, often in semi-real or mostly fictitious ways. All news articles contained within National Report are fiction, and presumably fake news. Any resemblance to the truth is purely coincidental.”

The fake article reads: “There were no reports of bad weather and no sign of why the plane would vanished from radar screens almost an hour after it took off. There are reports of two oil slicks off the coast but absolutely no wreckage has yet to be found. Where did the plane go? There is only one possible answer. Aliens.”

The “aliens” article had a few thousand shares on Facebook on Sunday.

Officials are currently searching waters for the missing Boeing 777 jetliner, and they said an object was spotted on Saturday that could be a door.

The plane and 239 people on board when it disappeared Friday night, heading from Kuala Lumpur, Malaysia, to Beijing.

The deputy chief of staff of Vietnam’s army, Lt. Gen. Vo Van Tuan, told AP: “From this object, hopefully (we) will find the missing plane.”

The plane is believed to have fallen from the sky when it was cruising at altitude in good weather condition. The pilots didn’t send out a distress signal, which is considered unusual.