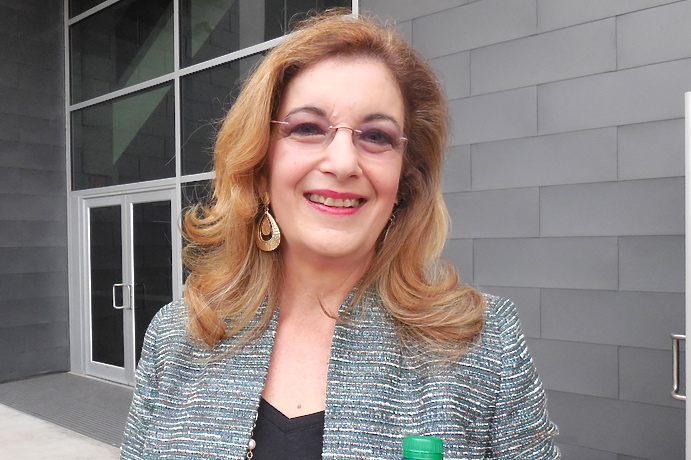 Designer and CEO Inspired by Visual Wonder of Shen Yun

AUSTIN, Texas—Interior design firm owner Mary Lleras marveled at the use of color by Shen Yun Performing Arts at the Long Center for the Performing Arts in Austin on Dec. 29.

“It gives you the feeling of water, and the lights and air—absolutely beautiful,” Ms. Lleras said.

New York-based Shen Yun’s brilliant costumes and vivid background come together to create a sort of visual wonder, which Ms. Lleras said was stunning and an inspiration for her own future work.

Shen Yun’s costumes, for example, give the audience a window into all dynasties and regions of China. The traditional Chinese attire is said to have been inspired by the heavens, and Shen Yun’s dancers wear costumes such as imperial dragon robes and cloud capes in the many depictions of celestial beings.

For Ms. Lleras, the spirituality of the culture only added to the beauty.

Also in the audience was Chris Petrick, a principal engineer for Dell, who expressed that he was glad to have learned something about Chinese culture from Shen Yun that he could not learn elsewhere.

“It’s a very diverse history,” Mr. Petrick said. “I was excited to see all the different kinds of dances. Along with the dances, the singing, there are a lot of different stories—we learned a lot about the history of China and Chinese culture.”

Shen Yun performs ethnic and folk dances from many of the over 50 ethnic minority groups in China, such as this season’s dance of the Yao people. Shen Yun also tells many narratives through classical Chinese dance.

Mr. Petrick said that the spirituality of the culture, which he was not aware of before, made the stories very engaging. He attended the performance with his wife who is from Indonesia, and she felt a closeness to the Chinese culture.