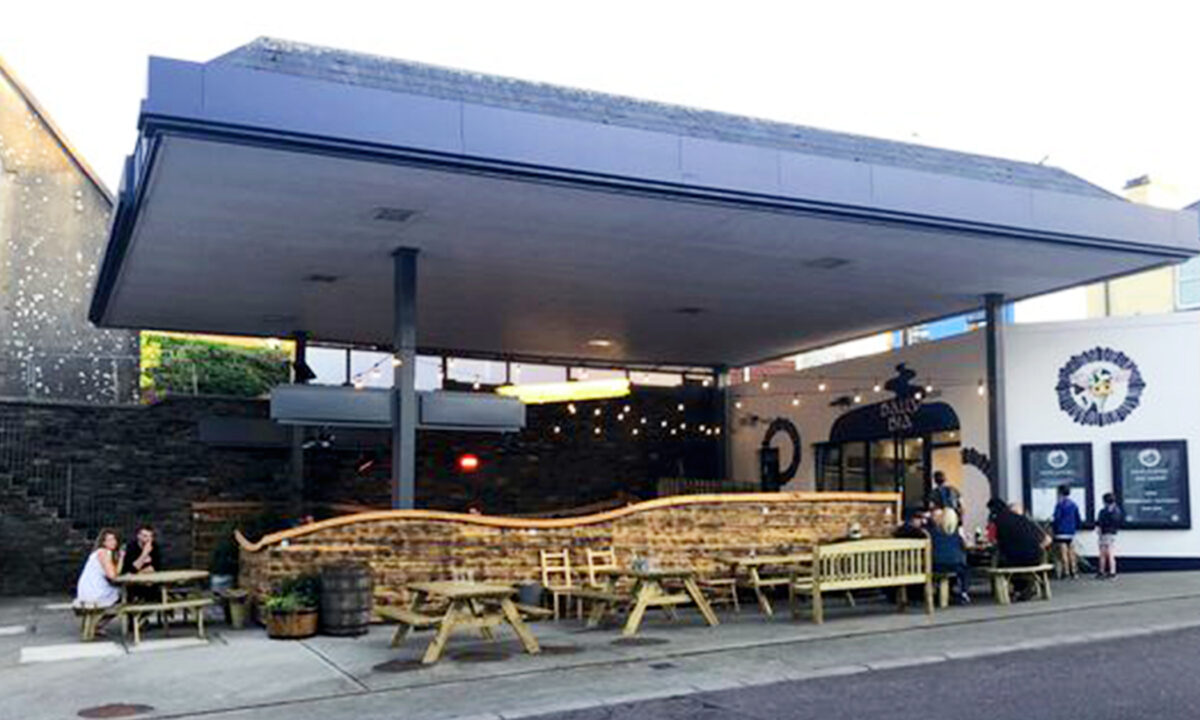 A derelict gas station in West Cork, Ireland, has been given a new lease on life as a roadside diner, and locals are relishing this foodie heaven.

Trained chef Faye Bolger, 30, has run the Bally Bia food store in the village of Ballydehob since she was 26 years old. When the store began outgrowing its premises in 2020, with its kitchen spreading into an adjoining living room as demand increased, and no room for outdoor dining which was restricted due to Covid-19, Faye was forced to think outside the box.

Faye told The Epoch Times that she then approached a friend and customer who happens to be the landlord of a local gas station that hadn’t been functional in over 15 years.

“He was delighted to let us use it,” Faye said. “I defiantly wanted to stay in Ballydehob, no matter what else, so we talked about many options and couldn’t find any reason not to go where we did.”

Structurally, Faye said, the gas station building was in good condition. Cosmetically, it needed some work. Luckily, with the goodwill of local tradesmen and help from Faye’s father, a builder, the project turned around quickly.

The derelict station became a brand-new store and kitchen while the forecourt was transformed into a stylish, spacious outdoor dining area with a canopy, compliant with COVID-19 regulations.

In just 10 weeks—eight for the renovation, plus a two-week delay owing to electrical works—the new Bally Bia opened its doors in time for the busiest season.

Describing the opening as “a bit of a mad rush,” Faye told CorkBeo that business has been “crazy” since the early July opening. “We’re open Wednesday to Saturday, 9 a.m. to 9 p.m., and we’ve been really, really busy,” she said. “We couldn’t have asked for a better opening.”

In an effort to champion local businesses, Bally Bia has also teamed up with a pub across the street, O’Brien’s, by serving food to patrons on the forecourt while inviting them to bring their drinks from the pub to enjoy with their meals.

Serving traditional British fish and chips, the Bally Bia kitchen also offers burgers and a variety of Thai dishes made with fresh, mostly local produce. Faye speculates that the kitchen will revert to take-out food in winter, or will perhaps partner with O’Brien’s again by serving their food inside the pub.

Referring to the change, Faye admitted to The Epoch Times that she felt “scared” the first time she saw her new storefront and eatery. However, she was blown away by the positive reception of the local community and remains grateful to family, friends, and the team that made it happen.

“The response is overwhelming, people seem so grateful that we took it on and equally as grateful for the food they like,” she said.

Faye added that there are some challenges sometimes with problems owing to people or paperwork, but it usually gets resolved in the end.

“I take each [problem] as it comes,” Faye said. “A few tears and stressful nights, and it’s usually sorted.”

Ballydehob’s culinary reputation is on the rise. The village—also home to a Michelin-starred restaurant, The Chestnut—received high praise from Ireland’s John and Sally McKennas’ Guides ahead of the 2021 summer season.