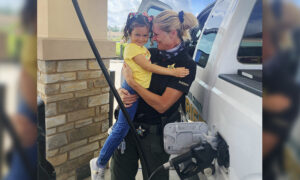 Sheriff's Deputy Reunites With Little Girl She Saved With CPR 3 Years Ago: ‘Why I Do the Job I Do’
0
Share Now
TelegramFacebookTweetEmailTellMeWeReddit
Copy Link 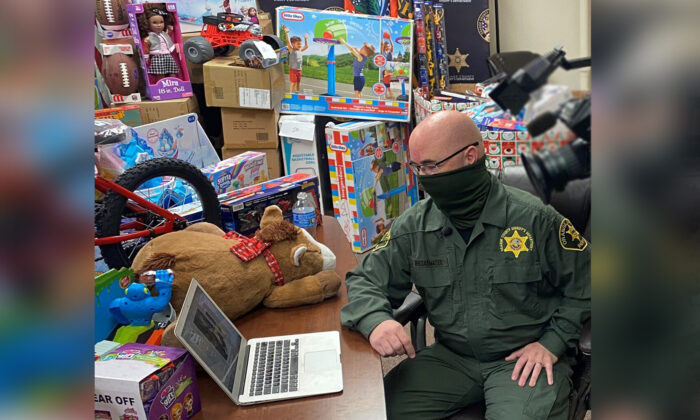 An Orange County sheriff’s deputy led a massive holiday gift drive for a local children’s home, a shelter with which he has a profound connection. The same home took the deputy into its care after he was abandoned as a baby.

Deputy Josh Broadwater, 47, was just one day old when he was found in the restroom of Anaheim gas station. The Los Angeles Times reported on the incident, detailing that the baby boy had been wrapped in a blanket with a full bottle of milk, a can of formula, and a box of diapers, according to CBSLA.

A note left beside the baby simply read, “Please love me.” Broadwater was then taken to what is now Orangewood Children’s Home, a safe refuge for neglected, abused, or abandoned children.

Broadwater’s colleagues at the Orange County Sheriff’s Department filled a room on the second floor of the office’s headquarters with 833 gifts for Orangewood, including toys, bicycles, balls, and dolls. The joyful gesture of support for kids in need from Orange County law enforcement arrived just in time for Christmas 2020.

“Anytime we do these toy drives, it’s just something I try to get involved in,” Broadwater told CBSLA. “This year I actually volunteered to be in charge of it, at least for our shift.” The drive, he marveled, “grew and grew and grew” to amass more gifts than he could ever have imagined.

For the deputy, the gesture meant letting Orangewood’s children know they’re not alone in their experience.

“To me it shows the other side of what we do in law enforcement,” he added. “Everybody sees one side, but they never get to see this side, that we go out of our way to do things for other people and hopefully make somebody’s Christmas a little bit better.”

The department’s 2020 toy drive, Broadwater revealed, was their biggest annual drive to date, according to WKRC.