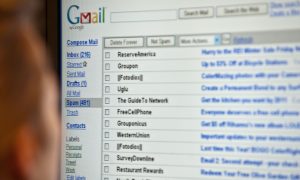 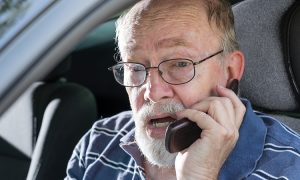 Beware of Scammers Call Claiming To Be Scam-Busters, Aussies Warned
0 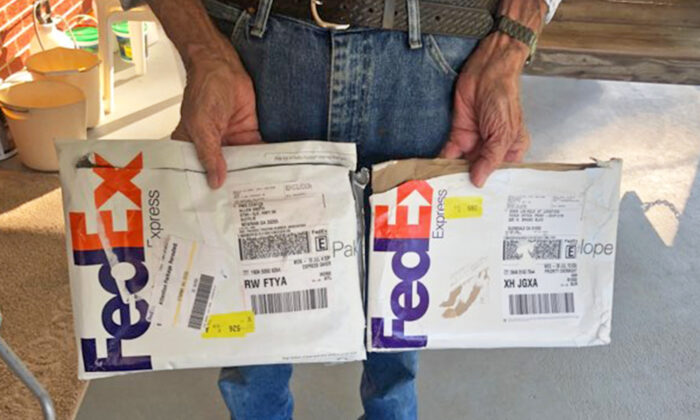 When a 93-year-old Georgia resident was conned into mailing his life’s savings to a scammer in California, a deputy pulled out all the stops to retrieve the parcel from FedEx mid-transit. The deputy’s sterling efforts saved the elderly victim thousands of dollars.

The Coweta County Sheriff’s Office told The Epoch Times that the World War II veteran, who remains anonymous, called them on July 8 to ask for help after the strange encounter. The veteran was duped into mailing $14,000 in bills to an unfamiliar address 2,400 miles away.

The scammer instructed the veteran to hide the money in bills between the pages of a book and mail it via FedEx.

When Deputy Colby Tyus went to the scam victim’s home in Sharpsburg, the officer learned that the saga had started with an email.

The nonagenarian veteran had received an email claiming that his Microsoft Defender subscription had been auto-renewed at a cost of $199.99. The email then instructed customers to call a phone number in the event that the auto-renewal—which did not exist and was a facet of the elaborate scam—had been made in error.

The 93-year-old called the number and was instructed to provide his own computer and bank account information. Next came the ruinous conclusion.

The veteran was successfully persuaded by the scammer, who adopted the pseudonym “Allen Parker” and advised him to withdraw $14,000 in cash from his bank and send it to Glendale, California. The elderly man followed the advice and placed $500 in $100 bills between every four pages of a book until the cash was hidden.

The book he chose, indicative of his military past, was “The Battle of Leyte Gulf” by Thomas J. Cutler.

When Deputy Tyus was alerted of the exploitation incident, he called FedEx immediately, instructing them to stop the shipment in the nick of time; the package was already halfway to California.

The sheriff’s office said that the deputy was able to track the package with its FedEx tracking number and informed the local shipping store manager about the scam; the manager stated he would hold the package when it arrived.

The deputy’s efforts made it possible that the full $14,000, untouched and intact, was returned to its original owner, along with the book it had been hidden in. As of Aug. 6, the scam case is still active, the sheriff’s office stated.

Tyus received a letter of commendation from Coweta County Sheriff Lenn Wood for his actions and for saving an elderly man from financial ruin. “For him to take the initiative to follow up and try to get the money back before it got to the destination, and to get the money back for this person, it just means so much to everybody involved,” Sheriff Wood told Fox 13.

According to FBI, seniors make attractive targets for scammers, racking up more than $3 billion in financial losses annually. Seniors tend to trust people and interact willingly and politely; they usually have cash savings, own a home, and have good credit.

“Criminals will gain their targets’ trust and may communicate with them directly via computer, phone, and the mail; or indirectly through the TV and radio. Once successful, scammers are likely to keep a scheme going because of the prospect of significant financial gain,” the FBI website noted.

Every year, the World Elder Abuse Awareness Day is commemorated on June 15 to raise awareness of the abuse of elders and to bring together the aging population and their caregivers. As millions more elderly adults become victims every year, it is increasingly imperative to educate seniors and their loved ones to be vigilant so that the scammers, and not their targets, are the ones who lose out in the end.