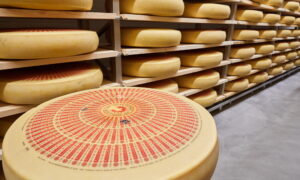 Swiss Cheese 101: What to Know and What to Try—Beyond the Floppy Deli Slices
0 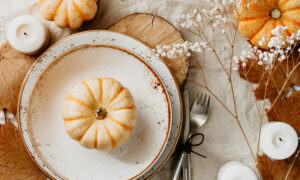 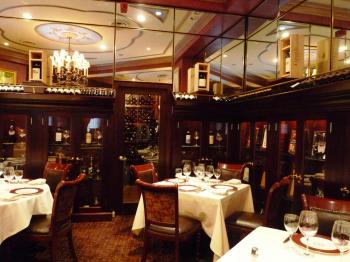 Delmonico’s, New York’s historic eatery, lives and thrives in Lower Manhattan’s Wall Street section in a magnificent classical landmark building. The original restaurant was operated by the Delmonico family, specifically brothers John and Peter, who arrived from Ticino, Switzerland in the early 1800s operated the original restaurant. In 1827 they rented pastry shop on William Street. It was one of the first restaurants in the United States where patrons could order from a menu. In the then existing inns patrons had to accept what the proprietor offered. The Delmonico family closed its last restaurant in 1923. Restaurateur Oscar Tucci opened a revived Delmonico’s at 2 South William Street that remained open until 1977, popularly called “Oscar’s Delmonico.” Other Delmonico’s conducted business under the same name from 1981 to the present. A court ruling declared the name now to be in the public domain.

The original restaurant soon became the gathering place for New York’s high society, for the city’s movers and shakers, and for powerful Wall Street executives in 1937. Since then, Delmonico's, with its fine menu, exceptionally elegant interior, and outstanding service, has been hailed as the American classic that introduced fine dining to New Yorkers.

Delmonico’s was first restaurant to let men and women dine in the same room.

Entering this fine establishment today transports one immediately to a bygone era of luxury and elegance, of ballroom dances, and of fondness for classical music—a time when status was of prime importance, when huge deals were sealed with a handshake, when flagrant behavior was unacceptable, and when dining was engaged in almost with a religious solemnity.

High ceilings and a fireplace by the main entrance give a foretaste of the gorgeous interiors diners will encounter: rich, dark wood paneling and glass-fronted cabinets that protect expensive selections of wines; leather upholstered seats, oil paintings, and custom chandeliers; and velvet, custom-made curtains in dramatic hues. The Board Room, a private dining room, is adjacent to the main dining room. The wine cellar, which originally housed 16,000 bottles of fine wines, is presently undergoing restoration. One side of the cellar has entrances to the Mark Twain and Charles Dickens rooms. Several other casual dining areas flank the eatery’s intimate bar.

Attention is placed on minute detail, including the silverware, china, and wineglasses. All sport Delmonico’s logo.

The menu offerings show its quintessential Wall Street setting, making it ideal for business as well as social dining. While there, one can catch a glimpse of the most successful from Wall Street or celebrities. Although Delmonico’s is known for its prime rib and steak, developed by its first chef, Alessandro Fellippini, the non-meat signature dish is still Lobster Newberg. An impressive variety of the original and delicious creations by its second chef, Charles Ranhofer, included Chicken a la Keene and Baked Alaska, the now famous baked ice cream cake, which he invented in celebration of the 1867 United States purchase of Alaska.

Executive chef, William Oliva, a recipient of Michelin Star recognition, works hard to maintain original standards and cooking techniques. His fascination and passion for the art of the meal is reflected in the dishes he prepares. His kitchen skills and new ownership and management of Dennis Turcinovic have let Delmonico enter a new era of excellence after many years of neglect. Delmonico’s once again has an outstanding menu, rivaling the finest selections worldwide, though the menu is now shorter than the original 12 pages.