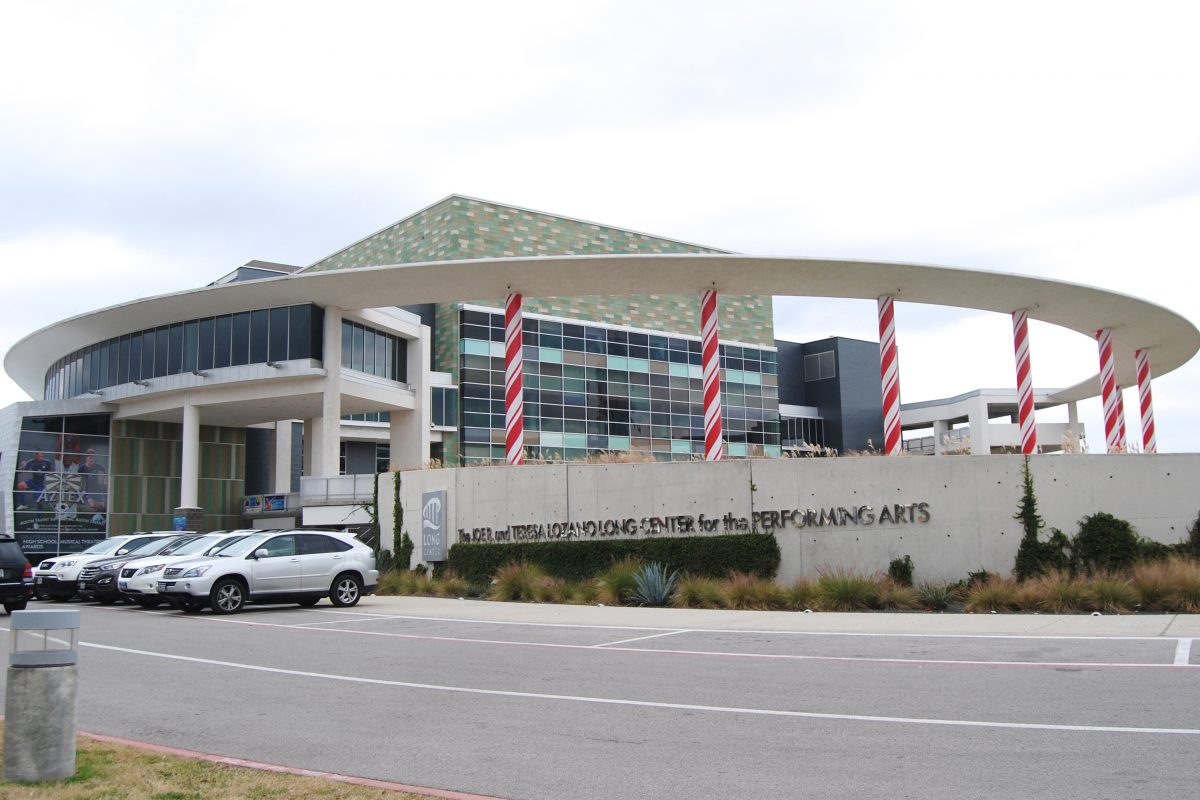 Shen Yun’s backdrop helps take the audience on a journey through 5,000 years of Chinese civilization, as the website explains, showing scenes from China’s many landscapes to celestial palaces and ancient temples. The backdrop also allows the performers to seemingly transition from stage to screen.

“The timing was so perfect—interaction was with the [digital backdrop] was also incredible but the movements really took it away,” Mr. Brooker said.

He admired all of the skill the artists displayed. “I think the entire production was exquisitely well done,” he said.

Mrs. Brooker said their young daughter couldn’t take her eyes off the performers, and wanted to come back for Shen Yun’s evening performance after the matinee she saw.

“It was beautifully done,” Mrs. Brooker said. “We believe this would be an annual event for our family.”

Mrs. Brooker said the experience was valuable for young daughter to learn about other cultures, something important to the Brookers, as their daughter attends an international school taught in multiple languages.

The exposure to traditional Chinese culture, which was almost lost once due to the communist rule in China, was a wonder to many of the full house audience members in Austin.

“I think this is something that needs to be preserved. The roots of our people, the society,” said Mr. Pedro Jarcia, a priest. “It’s a beautiful thing.”

The spirituality of the traditional Chinese culture was very apparent for Mr. Jarcia, who was he was impressed of how deeply embedded it was in the view of “the universe, the view of the cosmos.”

“The choreography, the beautiful, colorful expressions of the culture is just amazing,” Mr. Jarcia said. “That’s wonderful to preserve it.”

Also in attendance was Ms. Grabriela Olivares, a bilingual elementary teacher, who wanted to share the educational and cultural experience of Shen Yun.

She hoped Shen Yun would encourage a desire to learn about the culture, as Shen Yun presented it through brilliance. “The bold colors, the gracefulness of the performers, the music!” said Ms. Olivares. “It’s all beautiful.”

Ms. Olivares said the costumes, designed to show the traditional Chinese attire said to be inspired by the heavens, reflected the essence of the culture. “It’s very soft, gentle,” she said. “Very smooth and glowing and beautiful, very graceful.”