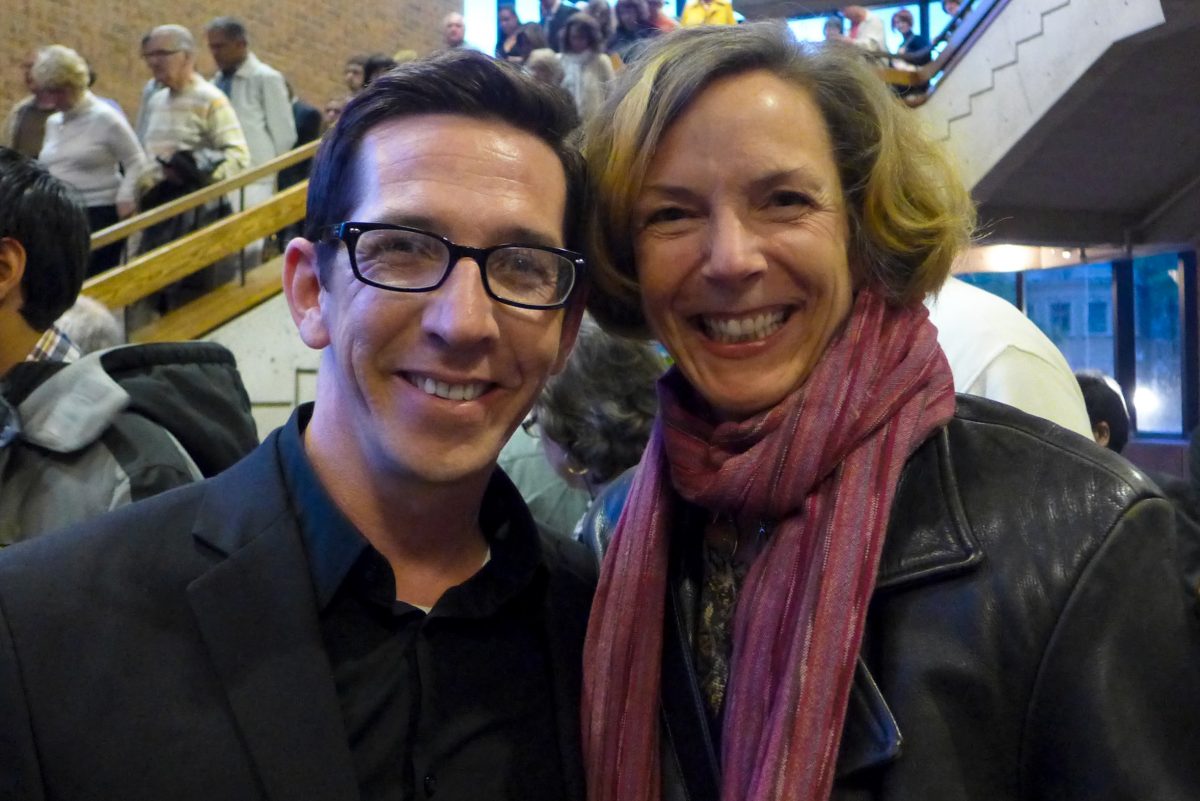 David Slocum and Caroline Brackett at Shen Yun Performing Arts on May 12 at The Oncenter Crouse Hinds Theater. (The Epoch Times)
Shen Yun

For David Slocum, one of the founding members of the CNY Ballet Company and a graduate of Manhattan’s Fashion Institute of Technology, Shen Yun was an entirely new experience.

‘I’ve never seen anything like this,” he said. “It was beautiful.”

The dancers in Shen Yun, a New York-based company, are schooled in classical Chinese dance, an extremely expressive dance form that boasts a history of thousands of years.

“China’s deep cultural traditions are contained in classical Chinese dance, allowing its movements to be richly expressive, such that the personalities and feelings of characters can be portrayed with unparalleled clarity,” according to the company’s website. “It is therefore capable of depicting scenes from any time period, whether ancient or modern, Eastern or Western, in a strikingly vivid way.”

Mr. Slocum was impressed with Shen Yun dancers—among the world’s top performers of classical Chinese dance. The high level of dancing he witnessed shifted some of his plans.

“We have a show ourselves coming up soon, and I want to go home, and go to our students, and re-work some of our stuff,” he said.

Mr. Slocum also commented the virtues and principles from ancient China that Shen Yun seeks to convey—virtues such as a respect for the heavens, wisdom, sincerity, and compassion.

He said that he saw the spirituality intertwined throughout the performance, and from that he found a message of love and compassion. “It helps us to all remember to find it within ourselves, and share it with other people,” he said. “Just beautiful.”

Caroline Brackett, a dance educator for the West Genesee School District and a graduate of the Teachers College of Columbia University, accompanied Mr. Slocum to the performance, and was also enthralled, complimenting the dancers’ abilities.

In addition to further describing the Shen Yun dancers as “totally amazing,” Ms. Brackett was also captivated by the overall design of the Shen Yun performance.

“The way it was put together—just extraordinary,” she said. “It was a real pleasure to be witness to this.”

“They blend together and make beautiful, beautiful music,” she said.