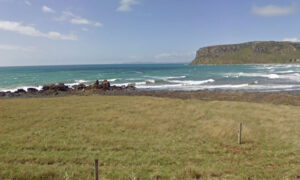 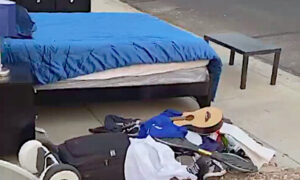 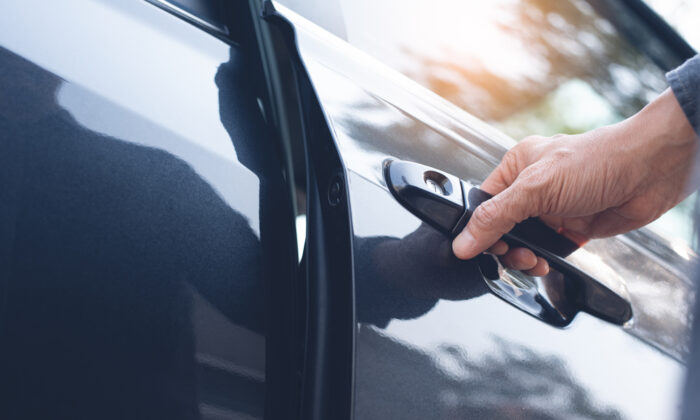 A California Costco parking lot became the scene of an alleged kidnapping attempt when an intoxicated man popped the rear door of a stranger’s car in broad daylight.

The vehicle was already backing out of a parking space in Vista with a toddler sitting in the back seat when the incident allegedly occurred on Sept. 19.

Parents Jennifer Lawson and her fiancé, Peter Kopchak, immediately leapt out of the vehicle to confront the stranger. Soon, a crowd gathered.

They claim 37-year-old Adam Glavinic tried to grab their 2-year-old son, according to a press release from the San Diego County Sheriff’s Department.

“I just seen out of the corner of my eye this guy running down between the two cars,” Kopchak told ABC 10, “and I didn’t know what he was doing.”

Lawson, who jumped out of the car first while it was in reverse, shoved Glavinic onto the sidewalk. Kopchak then parked the car in park before leaping out and tackling the stranger to the ground.

“I took him to the ground and did what I had do to subdue him,” Kopchak explained.

Then an off-duty deputy nearby arrived at the scene to help, while a number of bystanders offered support, restraining Glavinic until he could be taken into custody.

Deputies from the Vista Sheriff’s Department soon took over, and Glavinic was arrested on charges of attempted kidnapping and being under the influence of a controlled substance.

Lawson later told NBC 7 San Diego that she didn’t know what the suspect’s intentions were but felt they could not have been good. “There was nothing good he was going to do to my son,” she said.

Glavinic made $100,000 bail at the Vista Detention Facility within 24 hours, reports ABC 10. He is not scheduled to face trial until February 2021 owing to a backlog in court proceedings amid the pandemic.

Lawson and Kopchak are upset that the suspect was released.

“I couldn’t stop crying when I found out,” Lawson explained, “because he will do this to someone else, and who knows if it’s a single mom or the husband isn’t quick enough, and the guy takes off …”

“What if he tries to grab another kid or hurt someone else?” added Kopchak. “It boggles my mind.”

After the parents’ parking lot scare, San Diego County residents have taken to raising awareness and sharing information. Some have started up a neighborhood watch on social media, according to NBC 7.

“We got to think about this idiot, or any idiot creep,” Kopchak added. “You’re always looking over your shoulder … I am just so glad people are sharing this and talking about it and letting people know this stuff is not a joke.”