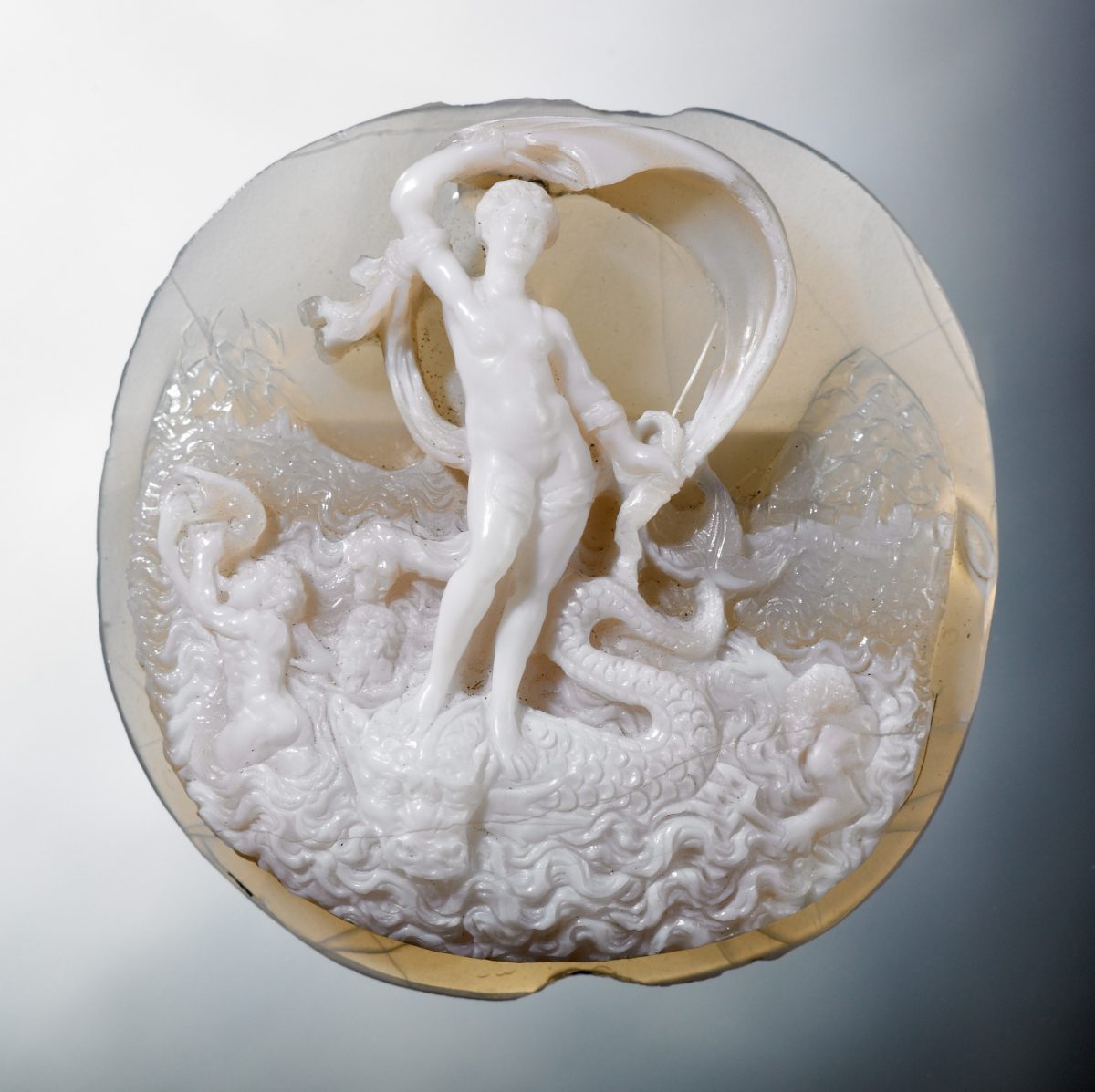 As curator of decorative arts at the Holburne Museum in Bath, England, Catrin Jones tells us about the tiny cameo “Venus Rising From the Waves.”

We don’t know who made the “Venus”; we know roughly when it was made but not precisely down to the year, as we don’t have any documentary evidence. But, based on the style and tastes of the era and the scale of working with material like agate, I think that it is very much in keeping with the late 1500s, which was a time of rediscovering the importance of classical art. By this point, we’re quite late in the Renaissance, in the High Renaissance period when the Italian School was very highly regarded for its sculpture.

The collector Sir William Holburne had a real appreciation of the Italian Renaissance. He was particularly passionate about the Renaissance and early antiquities. He went on a grand tour, which was a very typical gentlemanly pursuit at the time he was collecting.

The real heyday of the grand tour had been in the 18th century, when any well-connected gentleman would spend up to two years or even more, traveling around Europe, like an extended gap year, but one in which he would be exposed to all kinds of different culture. So it was really about getting a gentlemanly education, and he’d effectively be a tourist, visit sights, be taken around grand houses, make friends, and travel with different people. He’d have quite the entourage, he’d have trunks, he’d buy lots of things, and they’d all be sent home by his agent so he didn’t have to lug all that stuff around himself.

The cameo reflects a great strength of Holburne’s collection in that it is small and beautifully made. Most of the collection is small-scale. Holburne himself lived in a big but not vast townhouse in Bath, not some large country manor, and the scale of his collection seems to lean toward the small but beautifully made.

It’s an object made for contemplation, discussion, storytelling, and for the representation of beauty in different ways.

When you see it, you get the sense that there’s a real sculptural, kind of three-dimensional, quality to the piece. It’s in quite a deep relief, but the figure is almost in the round, and the fabric that she’s draping and waving above her head is almost a standalone piece.

It’s really fragile, requiring a great amount of skill to be able to carve in that way, to create that pictorial scene.

The sculptors would’ve used small chisels and lots of polishing and brushing. So they would’ve used very fine chisels to actually form the shape, but clearly parts of it are polished in particular ways. There are some areas with a high shine, and that comes from polishing with particular types of stone.

Agate was very highly prized for its beauty and complexity; it’s a semiprecious stone, a bit like marble or malachite. It has to be mined, taken out from the ground, and then treated in different ways, but ultimately the very high polish is something that takes a lot of effort.

Visit “Venus Rising from the Waves” in the Posnett Gallery at The Holburne  Museum within a display that explores Sir William Holburne’s story. Or search the full Holburne collection online collections.holburne.org