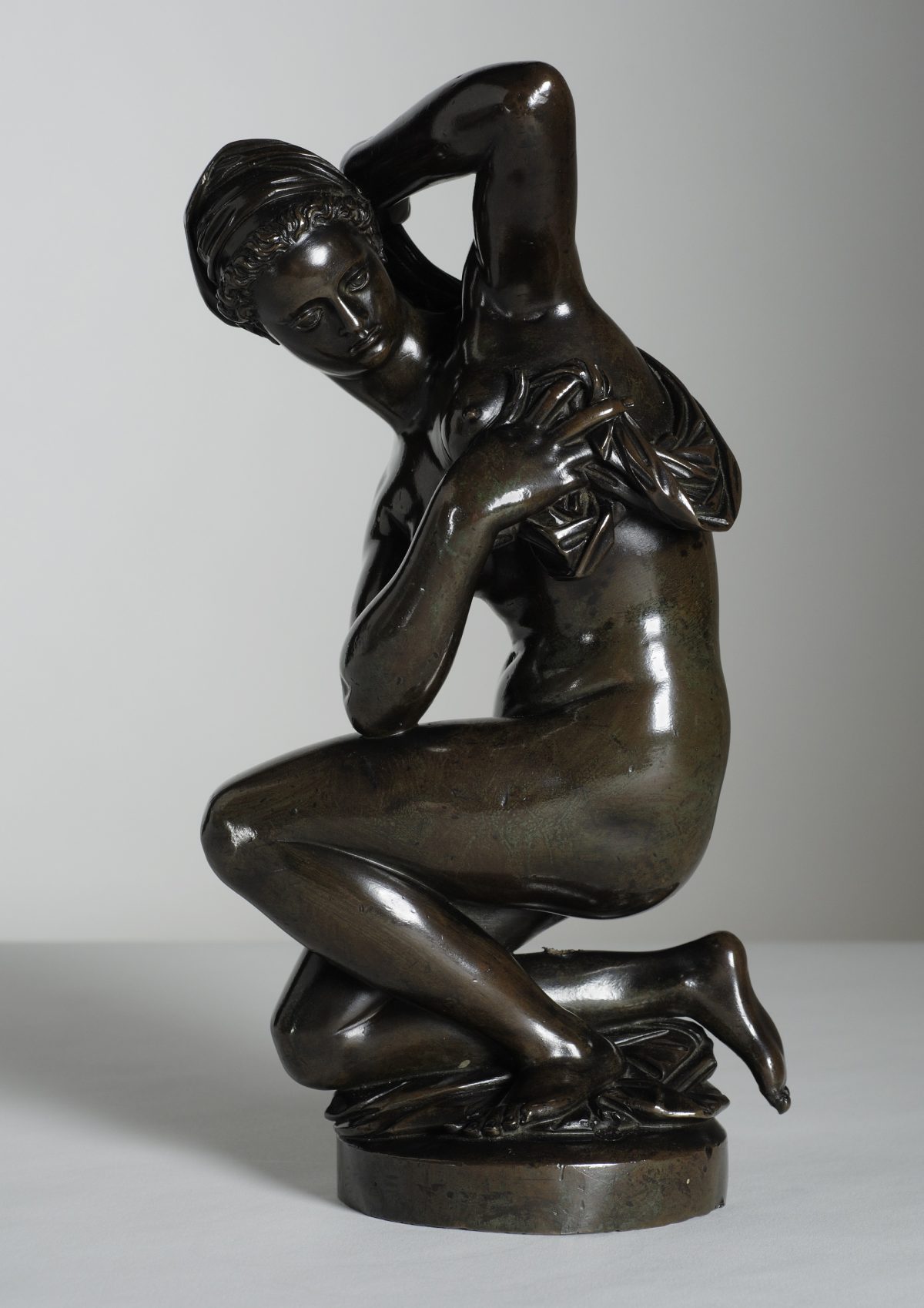 As curator of decorative arts at the Holburne Museum in Bath, England, Catrin Jones tells us about the Susini “Crouching Venus,” a Renaissance bronze.

The moment I realized how much I like this object was when I took it on a courier trip to Venice. It was part of a show called “Portable Classics: Ancient Greece to Modern Europe” at the Prada Foundation in 2015, and it was shown alongside another version of the same model by the Flemish-born Florentine sculptor Giambologna himself. It is in the Museo del Bargello’s collection in Florence.

Seeing the two bronzes together, one cast by the master Giambologna and the other by Antonio Susini but created about 15 years later, was a really extraordinary thing. Susini, a master in his own right, had carried on the foundry work at Giambologna’s studio in Florence after the master stopped producing works in bronze, which is why Susini’s piece is later. I’d read about how Susini was this exceptional caster, but seeing the two Venuses together, it really made that point clear to me, because you could see how refined our “Crouching Venus” actually is.

It is unlikely that in Sir William Holburne’s lifetime he knew the whole story about the piece because, in his records, it is described as a good-quality Florentine bronze. But from research in the 1970s into the distinctive mark on the shoulder of the “Venus,” which is an inventory number that actually correlates with records at Versailles, we know that it was in the French Royal Collection and had been on display at Versailles for the reign of Louis XIV, and up until the French Revolution in 1789.

There are different theories about how it actually ended up in the French Royal collection; the most likely was that it was a diplomatic gift. So it’s a pretty extraordinary connection that we weren’t previously aware of.

That research also revealed that they were able to attribute it to Antonio Susini, who was a pupil of Giambologna.

Susini was particularly known for his skill in bronze casting. So the very fine casting that we have is, for that reason, associated with Susini and made a few years after the height of Giambologna’s work, when Susini had a lot of his molds. The “Crouching Venus” model was actually designed by Giambologna; therefore, the bronze is dated at around 1600.

It would’ve been made using a process called the lost-wax casting method. That’s a really complicated process where you have to make plaster models and then coat them in wax. You have different pins that hold different parts of it into position, and then you pour molten metal in.

The hollow bronze piece is an object for contemplation, discussion, storytelling, and for representing beauty in different ways. At just 25 cm [9.84 inches], this sort of scale would have been in a studiolo. The “studiolo,” Italian for “little studio,” was a small, gentleman’s study in a Renaissance house where he might read, explore, and discuss natural history and objects of art, and where there might be cabinets of curiosities, that kind of thing.

One of the privileges that you get as a curator is to actually handle things as those gentlemen would’ve done. When you hold the “Venus,” you understand what a big deal it is, because the way that figure twists when you turn it over and turn it around, it kind of flows. When you can actually hold it, it’s got more of a dynamism than what you might imagine.

Visit “Crouching Venus” in the Ballroom at The Holburne Museum, or search the full Holburne collection online at collections.holburne.org