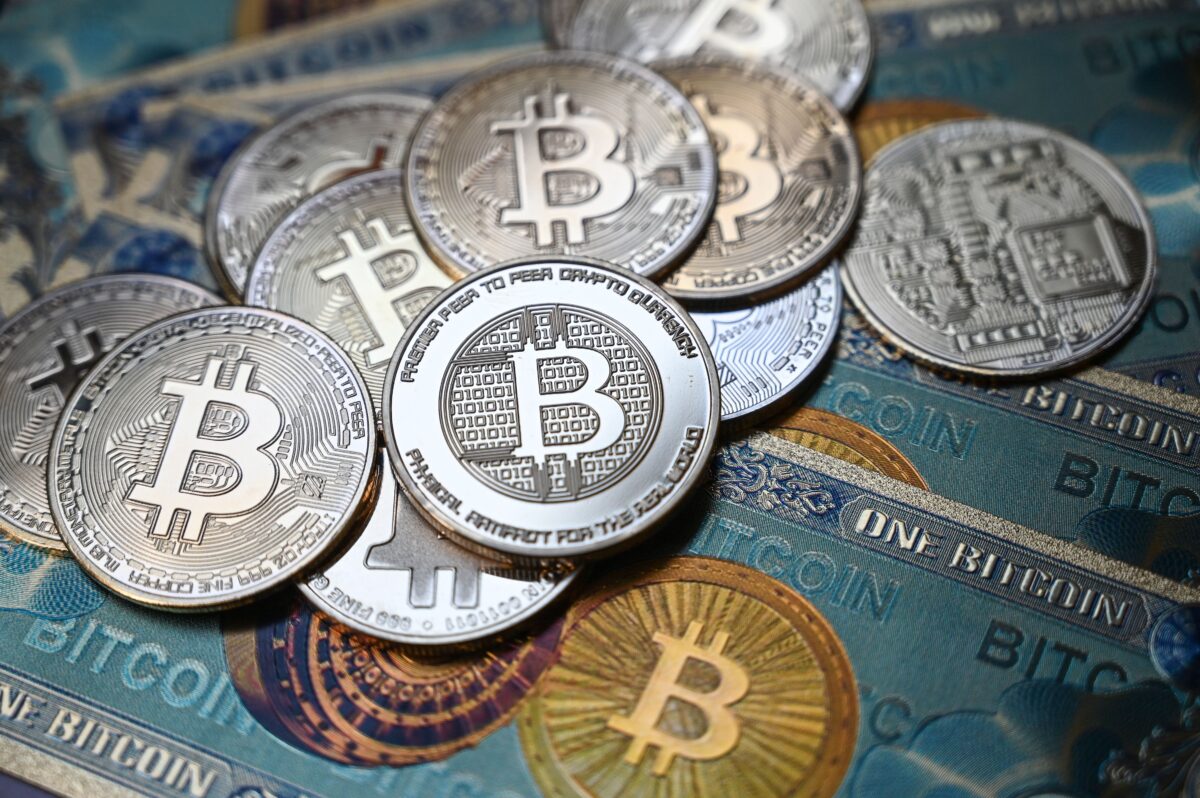 A physical banknote and coin imitations of the Bitcoin crypto currency in Istanbul, Turkey on July 19, 2021. (Ozan Kose/AFP via Getty Images)
Alternative Investments

Cryptocurrency’s Ability to Hedge Against Inflation

Two topics in the financial world are dominating the headlines right now: inflation and cryptocurrency. Inflation has been rising steadily, reaching a 40-year high last month; and crypto, whether you invest in it, loathe it, or pay it no mind, is irrefutably here to stay.

Crypto, the new kid on the block, has attracted much attention in recent years. In 2017, during the Bitcoin Boom, fewer than 1000 cryptocurrencies were being traded. According to Currency.com, as of the beginning of this year, there are over 9,000 different cryptocurrencies, and more are being created daily. The market is volatile and top-heavy; the top five cryptocurrencies represent more than $1.18 trillion in market capital.

Despite its volatility, part of the allure of cryptocurrency is that when inflation rises, the cryptocurrencies’ value was supposed to be unaffected or even rise. As inflation rises, the protection of purchasing power would be an attractive attribute for any investment. However, as inflation has steadily increased to its highest point in decades, the frenetic nature of crypto has been so volatile that many individuals are starting to question the validity of the assumption.

Investing in different asset classes, such as gold, in the hopes that its value will outgrow increases in inflation is something many investors already do. A digital asset such as crypto was expected and lauded by many to also serve this purpose, being far less affected by fluctuations in the U.S. dollar.

We don’t need to  analyze the panoply of cryptocurrencies to see what has happened. Let’s look solely at crypto giant Bitcoin. At the start of 2022, Bitcoin nearly doubled its value from the previous year in January 2021. However, before the end of the month, the value had dropped so significantly that nearly all of the previous year’s gains were lost, and it is yet to recover as of April 2022.

What this tells the astute investor is that the fickle nature of crypto would appear to lack the consistency required to outperform inflation, particularly the record-high inflation we are seeing. Despite this, there is no shortage of investors using cryptocurrencies as a hedge against inflation. Ultimately, their decision may turn out to be propitious. But as of now, crypto as an investment class is still very new. Unlike other investments, which have long and storied histories that can be used as indicators for future performances, the history of crypto is far too brief for such inferences.

Though the history of crypto is brief, its growth has been robust. For example, five years ago, in April 2017, one Bitcoin was worth less than $1,500. Compared to its worth of over $40,000 as of this writing, its growth is undeniable. This growth has had its share of peaks and valleys, and if its short history is any indicator of its future performance, there will surely be many more ups and downs in the coming months and years. The book on crypto is far from finished.

Digital currency coupled with innovative blockchain technology points to an exciting future for cryptocurrencies. Despite its volatile nature, its popularity as an investment is only increasing. But for now, it remains a volatile and unpredictable investment. Years from now, this may not be the case. Still, the present-day performance of cryptocurrencies and their brief history indicate that their performance in the market lacks the consistency to outpace rising inflation.