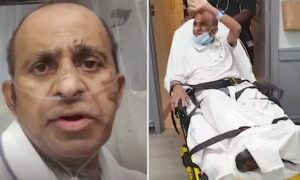 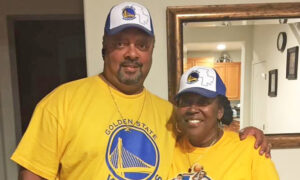 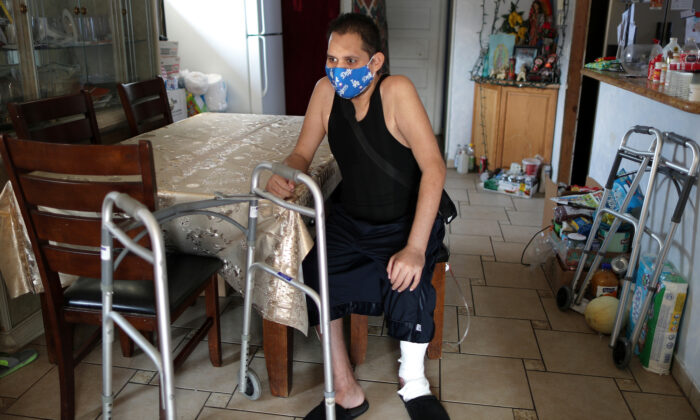 COVID-19 Patient Recuperates After Four-Month Ordeal: ‘My Life Is a Miracle’

Los Angeles resident Francisco Garcia tested positive for COVID-19  in April and says he doesn’t know how he caught it.

Now recuperating, the 31-year-old had avoided leaving the house because he was afraid of bringing the virus home and infecting his family. His mother has cancer and his sister has lupus.

“A couple of days later, I couldn’t breathe as much and I felt like I was having like a panic attack. My sister called the paramedics and they came and just took me to the hospital,” he said in an interview at his home on Aug. 19.

Garcia doesn’t recall being in pain. All he can remember is being at a hospital near his home. Then he woke up in a different hospital with a tube inserted into his nose.

Garcia’s family watched helplessly as he was transferred between four different hospitals in total.

“In the second hospital, they just told my dad that the only reason that he was still alive was because of the medication they’re giving him,” said Garcia’s sister Lorena, explaining how the family had to make difficult choices with his medical care.

“Then two or three days passed and that’s when he started bleeding from his brain.”

Garcia slipped into a coma, and doctors recommended to his family that they turn off his life support. But his mother and sister never gave up hope, and eventually, he woke up.

Being the primary carer at home, Garcia was devastated when he was told he’d been in hospital for four months.

“Just knowing that my mom and my sister are sick … and I can’t do nothing about it. That kind of hurt me,” he said, fighting back tears.

Released from the hospital two weeks ago, Garcia is now recovering at home. He says he wants his old life back.

“Before all this happened, I was an active kid. I’d go play basketball, go hiking, bike riding,” he said.