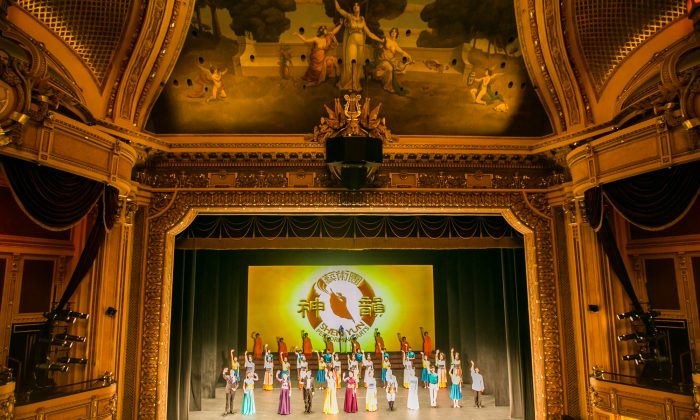 BALTIMORE—In presenting the authentic traditional Chinese culture on stage, Shen Yun Performing Arts has shown tremendous courage, according to Deb Leclaire, who felt inspired to see the performance at The Hippodrome Theatre on Feb. 9.

“I thought it was stunning, I was very moved,” Ms. Leclaire said.

It is a performance that cannot even be seen in China, the country of the arts’ origins, where spiritual practices like Falun Gong are illegal, she said to elaborate. The performers are thus putting themselves at risk and danger to do what Shen Yun does, she said.

I’m very impressed with their courage to get out there and put out the message that they did, I was very inspired by that.
— Deb Leclaire

“So I’m very impressed with their courage to get out there and put out the message that they did, I was very inspired by that,” Ms. Leclaire said. It was inspiring and important because Shen Yun was not just reviving and spreading thousands of years of Chinese culture, but taking a stand against the communist regime that sought to destroy it, she said.

At the heart of the traditional Chinese culture is the idea of harmony between heaven, earth, and humankind, according to the program book.

“I almost cried,” Ms. Leclaire said. “To follow the divine way or follow freedom, the words in the song were inspiring—to honor the divine and follow your heart and believe in freedom.”

The Schneiders, who attended the Feb. 9 performance as a surprise gift from Mrs. Kama Schneider, also expressed how important they thought Shen Yun’s mission was.

Mrs. Schneider, vice president of underwriting for an insurance company, had wanted to see the performance last year. Tom, Liz, Mr. Deg Schneider couldn’t get together on the same date last year, but she surprised them all with front row seats this year.

She was taken by the color and energy and brightness of the performance, but saddened by the fact that there is no freedom of belief under the communist regime. It is a kind of suppression that is hard to even imagine, according to Mrs. Schneider, and stunning, almost unnerving, to really understand it through Shen Yun.

Mr. Tom Schneider found it enlightening. Beyond reviving the dance as an art form, it showed where traditional Chinese culture stands today.

“It sheds some light on other things going on in China and people don’t really know about the fact that they’re not able to practice [meditation], they don’t know about it,” Mr. Schneider said.

“It has deeper meaning and it touches you. It goes beyond ordinary dance,” he said.

“I definitely think it should get more attention,” Mr. Schneider said.