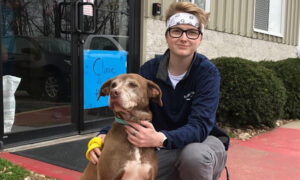 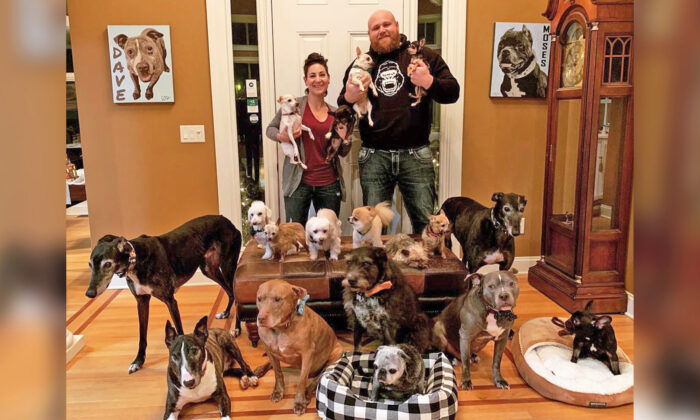 (Courtesy of Chris Hughes of The Mr.Mo Project)
Life & Tradition

Many senior or disabled dogs are dropped off at animal shelters across the country because most people find it hard to tend to their needs or pay for their extensive care in their latter days. However, one couple from New York is helping make a difference by taking these canines in and helping them for the rest of their lives.

Chris and Mariesa Hughes, from Clifton Park, founded the nonprofit group Mr. Mo six years ago. The couple has since helped save hundreds of senior and disabled dogs from shelter homes across the nation by connecting them to foster families that help provide the comfort they need. Additionally, through their project, they also help pay their medical and veterinary bills throughout the remaining course of their life.

The couple, who both shared an immense love for dogs, got engaged just a month after meeting for the first time in 2012, Mariesa told Insider in an interview.

Two months before the couple had met, Chris had adopted a 12-year-old dog named Moses from a Florida shelter after getting to know that he had been surrendered for his old age. Chris and Mariesa together had eight dogs in their care, and Moses was like a “patriarch” to them.

Moses with his incredible spirit would be able to light up the room with his presence, and the couple ended up learning of the issues senior dogs face by caring for him. However, one day, Moses was diagnosed with a spinal cord tumor, and the couple ended up selling their hot tub to pay for his MRI scan. Unfortunately, five weeks later, their beloved dog died, leaving the Hughes family heartbroken.

“Moses was our dog together,” Chris said. “He came to us when we met and we didn’t know what was going to happen to us with such a big loss. And, selfishly, we didn’t want people to forget about him.”

This ignited a thought in Chris’s mind, and he recalled telling Mariesa, according to My Modern Met, that, “We should save senior dogs and pay for all their medical expenses.”

He further added: “[The project] made sense to me because of what we had to do to save Moses. I imagine a lot of people go through that same issue when you just don’t have the money to cover the treatments or even figure out what’s wrong.”

This is how project Mr. Mo came into existence in 2014.

Since the inception of the project, the couple has taken on a varied range of shelter dogs including senior canines as well as those that come with a host of health issues to ensure they are looked after in the best way possible.

“For dogs in the project, we cover their transportation to their forever foster home—wherever that will be—and we pay the medical expenses for the rest of the dogs’ lives,” Mariesa told Insider.

Meanwhile, Chris also added that sometimes they end up paying medical bills only once if some people can’t afford a life-saving surgery for their pet.

The nonprofit, which is committed to giving dogs in need a better life, raises funds through donations to pay for their medical needs. Additionally, the couple has also spent $55,000 to revamp their house in order to provide an appropriate space for the 22 dogs they currently care for.

Apart from that, Chris spends 45 minutes each morning and night to feed and medicate all the dogs. Some in the pack of dogs that reside in their house requires therapy each day while others need special fluids.

Chris said both he and Mariesa have full-time day jobs outside the project. However, the money earned goes toward helping these pooches.

For Chris, the project means a lot apart from just helping these senior dogs. “It’s Moses as well,” he said in a video posted on YouTube. “This is done because of Moses.”

He further added: “I don’t ever want it to end because at that point then Moses’s legacy is over and that is just not okay for me.”