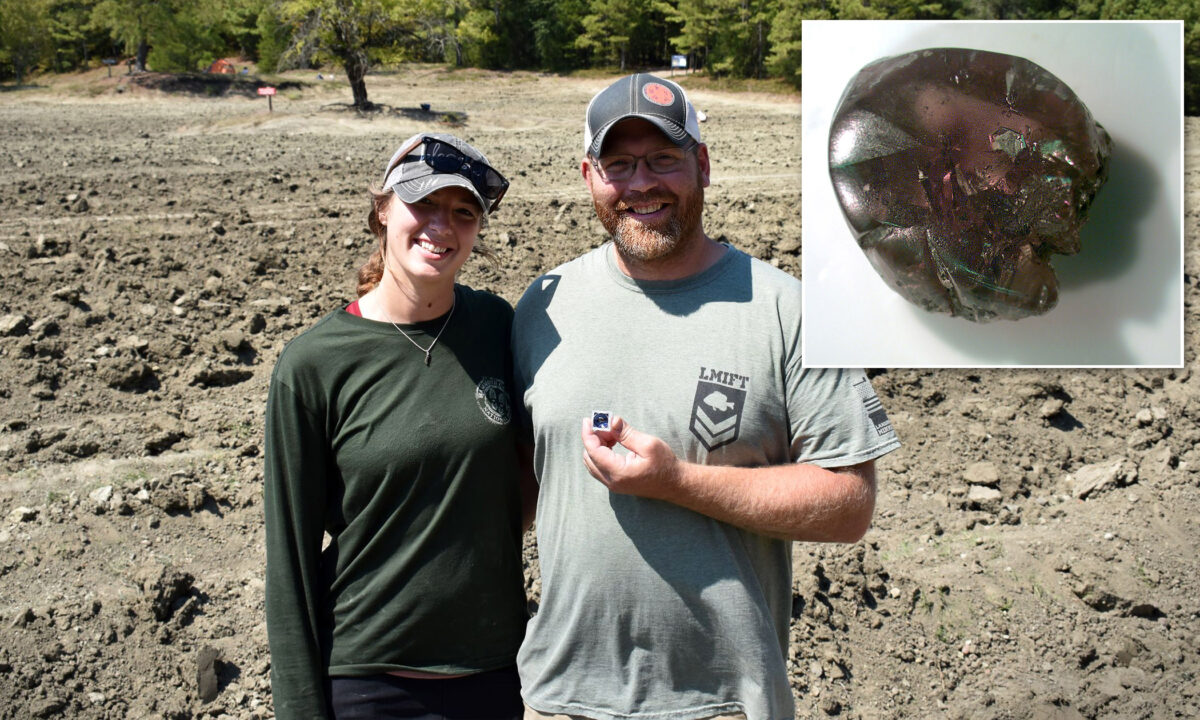 To mark their 10th anniversary, a couple from Chatfield, Minnesota, embarked on an 11-state road trip in early November. Their romantic getaway fortuitously resulted in the finding of a diamond that weighed almost two carats.

Having heard about Arkansas’s Crater of Diamonds State Park years ago, Jessica and Seth Erickson slotted the destination into their itinerary, a park press release stated.

Consisting of a 37.5-acre diamond search area located in a dormant volcanic crater where park staff periodically overturn the topsoil, the park yields one to two diamonds per day for visitors. Crater of Diamonds is the only diamond mine open to the public in the United States.

The Ericksons arrived early on a Friday morning and got busy digging up paydirt. By 11 a.m., they were wet sifting their soil at the north washing pavilion. Wet sifting is the most common way diamonds are found at the park.

Although most visitors usually spot their jewels after flipping the sifted gravel onto a flat surface—the diamond is found typically sitting on top—Seth spotted his metallic-looking gem at the bottom of his screen after about an hour of sifting.

Right away, he knew he had a diamond on his hands. Placing it in a clear vial, the couple brought it to the Diamond Discovery Center where park staff identified it as a 1.90-carat brown diamond.

It’s tradition at the park for diamond finders to name their gemstones. Seth and Jessica dubbed theirs HIMO, the initials of each of their children.

Two screens are used to wet sift. The top screen has a bigger mesh size, one-quarter of an inch, while the bottom screen is smaller, about 1/16 of an inch. Guests submerge screen sets in water to wash away the soil. Once the soil is removed, the gravel is then separated by size and weight to make diamonds easier to find.

There have been 581 diamonds found at Crater of Diamonds State Park so far this year, including the one found by this couple from Minnesota.