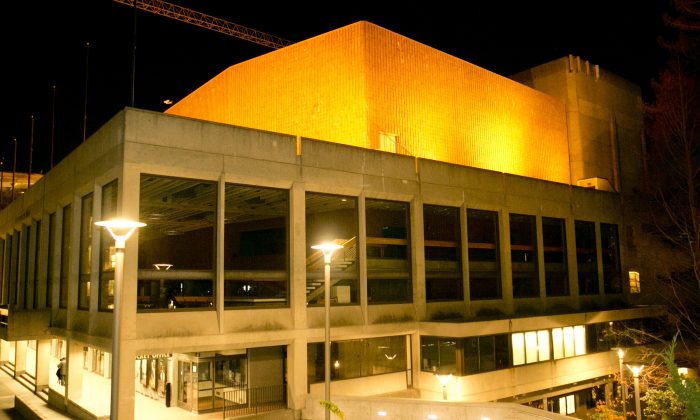 BERKELEY, Calif.—During its inaugural tour in Berkeley, Shen Yun Performing Arts brought magic and wonder to a crowd of mesmerized audience members on opening night, including a couple celebrating their 25th wedding anniversary.

Fred and Karin Griffin are partners in many ways. The couple are both professional hairstylists and co-own El Shaddai’s Hair Salon. They also have ministries. Fred Griffin founded Corona Ministries, and his wife is a co-pastor there. Both were deeply moved by the message of the show.

“If you really want to see culture and truth merging together, this is the show you would like,” Mr. Griffin said enthusiastically.

The couple saw Shen Yun at the Berkeley Zellerbach Hall on Jan. 6.

Shen Yun is a classical Chinese dance company based in New York, founded to revive China’s traditional culture through the performing arts.

“The truth is hidden amongst the lies,” Mrs. Griffin said. “It gave you a lot to think about. So often there are so many lies … it’s hard to find the truth. The foundation of what something is, sometimes there’s so many lies that are built up on top of it that you have to dig through all of that to get to the truth.”

The truth the couple referred to is a spiritual truth they got from watching Shen Yun: “The thing that kept coming in was the Creator will deliver us back to heaven,” Mr. Griffin said.

Brimming with philosophical reflection about human life and containing deep layers of meaning, Shen Yun’s messages go beyond the boundaries of nation, race, and culture, and have been fondly received and appreciated the world over.

The couple were also touched by the plight of Falun Gong practitioners in China, as depicted in the dance The Power of Compassion.

Since 1999, the regime has focused its powers and resources on a ruthless and systematic campaign against Falun Gong in an attempt to eradicate the group.

“The sacrifice that people have to pay for just meditating,” Mr. Griffin said. “Just to give someone the opportunity to change their view, or just to explore another view, is taken away from them. And I think that’s atrocity at its highest.”

His wife agreed. “The beauty of it is when that one gentleman found the truth,” she added, referring to one of the characters in The Power of Compassion.