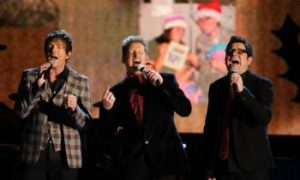 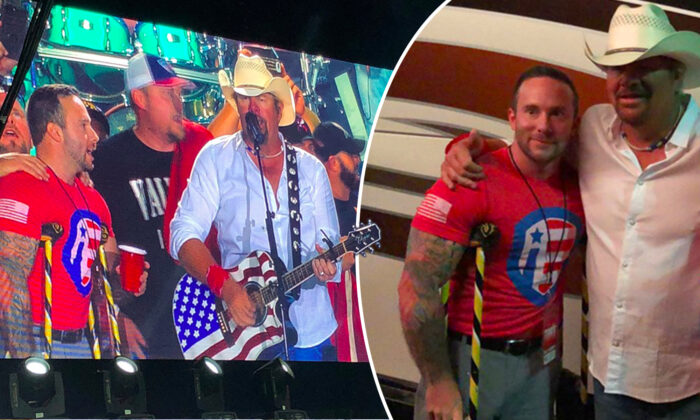 It wasn’t your typical country music concert when wounded Marine Brandon Rumbaugh hobbled onto the stage in crutches. The Afghanistan veteran took his seat, which was well prepared for him in advance: it was an all-terrain electric wheelchair donated by country music star Toby Keith—a truly special moment for a Marine who almost died in the service of his country.

After an IED exploded near his unit, critically wounding his legs, Rumbaugh was evacuated back to Walter Reed National Military Medical Center in Maryland. “I then imagined being in a wheelchair, having a caretaker, never getting married, never having kids and never being able to enjoy life again,” he wrote.

Rumbaugh began the long and slow process of recovery, but he found that he wasn’t alone. From aging Vietnam veterans to fellow soldiers who fought in Iraq and Afghanistan, he was part of a community.

Rumbaugh felt like he had no hope for the future until someone asked him the question that forced him to restart his life:

“That simple question sparked something inside of me that drove me to find my purpose after losing both of my legs in combat,” Rumbaugh wrote.

It took Rumbaugh two years to be fitted with prosthetics, and he still uses crutches to get around. But seeing other veterans who were wounded much more severely than him gave Rumbaugh the idea to do something to help them rebound. He joined the board of It’s About The Warrior (IATW), an organization that offers financial assistance to veterans struggling to provide for themselves and their families.

He had help from all sides, especially when it came to recreating a home around his physical needs. “I now live in a handicapped-accessible house—newly built with my needs in mind and no mortgage—that was put together by Homes For Our Troops,” he wrote, via CNN.

Rumbaugh has also become a motivational speaker, sharing his story with “clients ranging from professional sports teams to Fortune 500 companies to university students.” He believes all his accomplishments are due to the support he felt from fellow veterans.

He recalled a particular encounter with a veteran that offered him a helping hand.

“[A] Vietnam veteran would see me, give me a card and say ‘call me if you need anything,’ I felt guilty because of how poorly they were treated when they returned home, but they made it their sole mission to ensure I was treated with dignity and respect because of how we failed them as a country when the Vietnam War ended.”

While he has completely transformed his life, there was always one thing lacking—a real mobility chair that would allow him to do more than go on a well-paved sidewalk. That’s where Toby Keith and The Independence Fund, a non-profit that supports wounded veterans, came in. Putting together $16,000, they purchased the veteran an all-terrain trackchair.

Rumbaugh was presented with the chair at Keith’s concert in Pittsburgh, Pennsylvania, and he and his wife got backstage passes to meet the singer. Rumbaugh was brought up onstage to help Keith sing his hit song “American Soldier.” When the decorated Marine got up onstage with the country singer, the crowd began enthusiastically chanting “U-S-A, U-S-A.”

This wasn’t the only time that Toby Keith has shown his appreciation for wounded veterans; the same type of mobility chair was gifted to Marine Corps veteran Chris Fleming in Kentucky.

For Rumbaugh, though, Keith’s gift was a high point in his efforts to regain his mobility and rebuild his life after the devastating injury that nearly took his life. “We all go through dramatic experiences in our life and we all have two options,” Rumbaugh told CNN. “We can lay down and quit, or we can stand up and fight.”

That’s the route he’s taken, and America has been with him every step of the way.