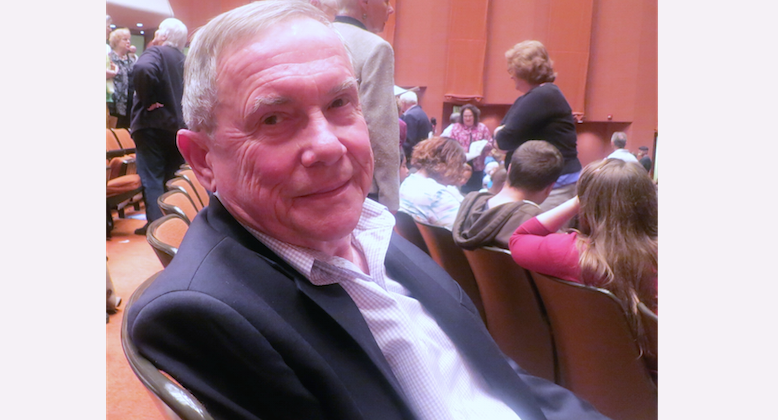 Two things jumped to mind for Mr. Bucalo when considering what he learned during the evening.

First he was impressed with how much classical Chinese dance, developing over centuries in China, has been incorporated into current dance systems.

Shen Yun is the world’s premier company of classical Chinese dance, showcasing the comprehensive dance form around the world.

Second, he was impressed with themes Shen Yun presents, and that much of China’s traditional culture is being repressed by the Chinese Communist Party.

“Unfortunately, over its past 60 years of rule, the communist regime has treated traditional Chinese values—centered on the idea of harmony between heaven and earth—as a threat to its existence. And in its systematic campaigns like the Cultural Revolution, it has uprooted traditional beliefs and destroyed ancient treasures,” according to the company’s website.

An example of this brutal repression is depicted by a dance in the performance.

“It’s somewhat sad that a particular culture is not allowed to represent itself in current, modern times, but is being repressed,” Mr. Bucalo said.

As to the values represented on stage, he said he saw “common values of humanity and compassion,” he said.

Mr. Bucalo mentioned artistic elements that impressed him as well: “Number one, the synchronization of the dancing, and the moves are perfect. I have not seen one dancer, one move of one dancer be out of synchronization with the others. That to me is just phenomenal,” he said.

Shen Yun is known for its complex choreography performed by many dancers simultaneously.

“And to see all the dancing moves being done so quietly! You don’t hear any pounding or noise, and yet it’s all done with synchronization. It’s just superb,” he said.

He found the dancing excellent “and the costumes are great.”

Fiserv, Inc., a Fortune 500 and 1000 international company from 1993 to 2005, was first in technology and service in providing software and hardware services to financial institutions.