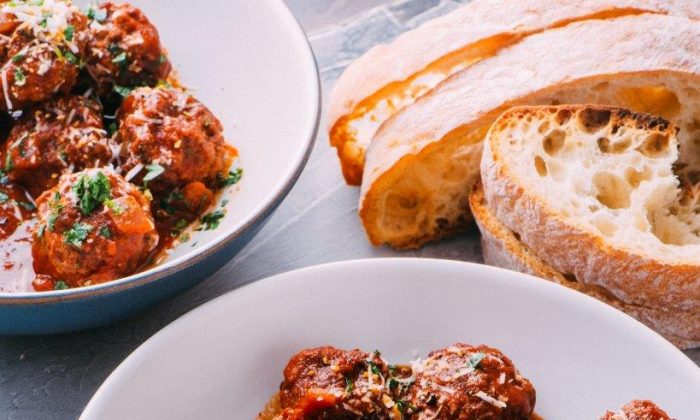 Cooking and Eating the Tuscan Way, Wherever You Are in the World

Ever since Frances Mayes’s book “Under the Tuscan Sun” was published, Tuscany and all things Tuscan have been a sort of runaway phenomenon. Tuscany is a place that looms larger in the public imagination than in life, with an enviable lifestyle cachet that conjures up images of romantic villas, noble cypress trees, and undulating vineyards flush with grapes. As a marketing phenomenon, it’s impossible to enumerate all the home furnishings that have adopted Tuscan in their name.

Now there’s a new cookbook out, the second one from Debi Mazar and Gabriele Corcos, titled “Super Tuscan.”

Wine aficionados will know that Super Tuscan is the name of immensely popular wines produced in Tuscany that do not necessarily use indigenous grape varietals.

The label “Super Tuscan” fits here nicely with the authors, who co-host the Cooking Channel’s “Extra Virgin.” Mazar, who grew up in New York, is an actor (“Entourage,” “Younger”), while Corcos grew up on a farm in Fiesole, in the hills overlooking Florence. These days, they make their home in the neighborhood of Windsor Terrace, in Brooklyn.

It turns out that, for Mazar and Corcos, being Tuscan really is a state of mind—and that no matter where they are, they cook and eat in a Tuscan way: seasonally, healthfully, and very conscious of where the ingredients come from. Whether they are having a picnic under a tree in Italy or in Prospect Park, they are making the same meals and dining together as a family.

The cookbook includes their at-home favorites, including ones suitable for company, as well as simple, quick dishes—for example, the kinds of pasta dishes featuring sauces that can be made in the time it takes for the pasta to be ready. Some are traditionally Italian; others take Italy as an inspiration. Think potato gratin, but made with fontina and Parmigiano-Reggiano.

With a foot in each culture—American and Italian—it’s natural that along the way they’ll point out some common threads: Who knew, for example, that Tuscany also has fried chicken, with recipes from Italian Jews living in Florence and Rome? Corcos makes another comparison to the American South’s collards and grits, with a dish called Polenta Incatenata, or Chained Polenta With Parmigiano and Kale, a polenta dish that incorporates kale in the food-scarce winter months.

It goes to show that despite the distance, Tuscany may not be so far away after all.

Check out their recipes for: