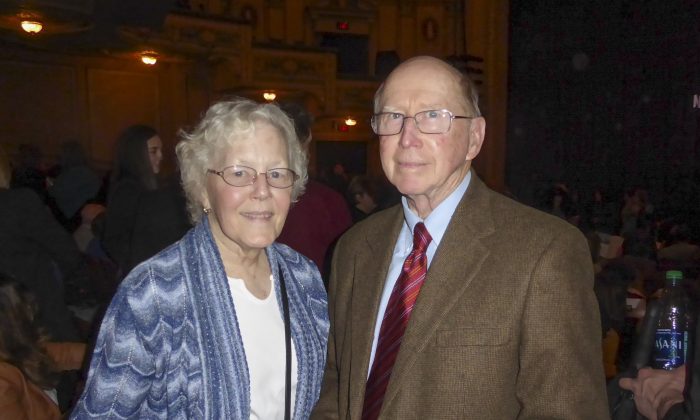 Joseph Lomax and his wife, Ellen, enjoyed a performance by Shen Yun Performing Arts at the Merriam Theater, in Philadelphia, Pa., on March 1, 2018. "I think enlightenment of the [ancient] Chinese culture. I think it’s important to understand that even though it’s been taken away from them by the communists, they still manage to express it, make it grow and share it with other people," said Ellen Lomax. (Frank Liang/The Epoch Times)

“I like the music—the music and how it blends with the movement and the costuming.”

“At the time in which Buddha appeared with a multitude of people, I thought that was very particularly touching to me.”

“I think a show like this really helps me better understand the origin and history of this culture and I think that’s very important.”