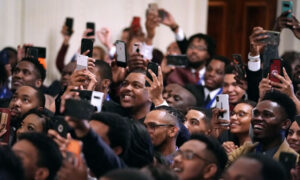 The Rise of Young Black Conservatives
0 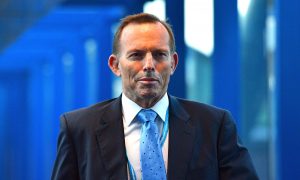 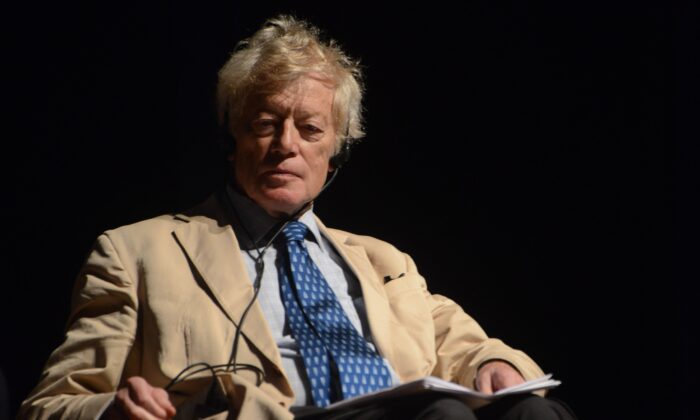 English philosopher Roger Scruton in a file photo. (Fronteiras do Pensamento/CC BY 2.0)
UK

Conservative philosopher and public commentator Roger Scruton has died of cancer at the age of 75, according to a Jan. 12. statement on his official website.

The government housing adviser and author of around 50 books “died peacefully” on Sunday after being diagnosed with cancer six months ago.

“It is with great sadness that we announce the death of Sir Roger Scruton, FBA, FRSL. Beloved husband of Sophie, adored father to Sam and Lucy and treasured brother of Elizabeth and Andrea, he died peacefully on Sunday 12th January,” the statement read.

“He was born on 27th February 1944 and had been fighting cancer for the last 6 months. His family are hugely proud of him and of all his achievements.”

Scruton graduated from Cambridge University in 1965 and authored some 50 books on philosophy, art, music, politics, literature, culture, sexuality, and religion, as well as novels and two operas.

He devoted much of his life to aesthetics, the branch of philosophy concerned with the nature and appreciation of art, beauty, and good taste.

The author regularly engaged in political and cultural debate, was a fellow of the Royal Society of Literature and a fellow of the British Academy, and was knighted in 2016 for his services to philosophy, teaching, and public education.

Scruton told The Guardian that he became a conservative when visiting Paris during the 1968 student protests, when he asked an “unruly mob of self-indulgent middle-class hooligans” what they were trying to achieve and they responded with “ludicrous Marxist gobbledegook.”

“I was disgusted by it, and thought there must be a way back to the defense of western civilization against these things. That’s when I became a conservative. I knew I wanted to conserve things rather than pull them down,” he said.

He was appointed as chairman of the Building Better, Building Beautiful Commission in November 2018 but was dismissed from his role just months later following an interview with the New Statesman in which he was said to have described Chinese as “creating robots out of their own people… each Chinese person is a kind of replica of the next one and that is a very frightening thing.”

The publication also quoted him as saying, “Anybody who doesn’t think there’s a Soros empire in Hungary has not observed,” which appeared to be a reference to the Jewish billionaire George Soros.

Scruton described his dismissal as a “witch-hunt of people on the Right” and defended his comments about China, saying references he had made to the Communist Party had been “left out.”

His comments were later revealed to have been taken out of context and his position was reinstated, while the publication apologized for inaccurately representing his views.

They clarified that his criticism was of the restrictive regime of the Chinese Communist Party, and that the publication did not include the rest of his statement regarding the “Soros empire,” in which he said that “it’s not necessarily an empire of Jews; that’s such nonsense.”

“We would like to clarify that elsewhere in the interview Sir Roger recognized the existence of anti-Semitism in Hungarian society,” the publication added.

Scruton leaves behind his wife Sophie, who he married in 1996, and his children Lucy and Sam.