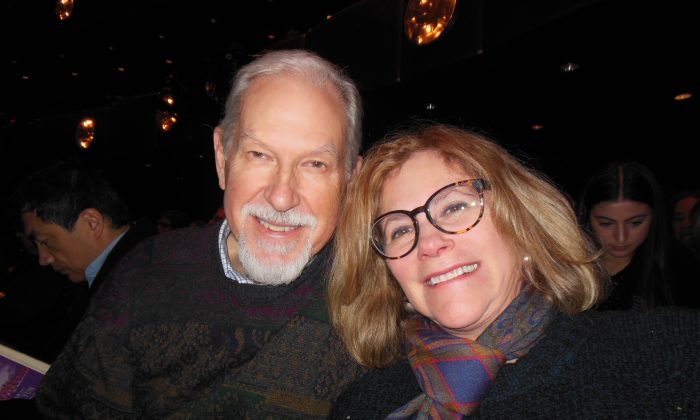 NEW YORK–Terri Seppala found Shen Yun Performing Arts’s mission to revive China’s semi-divine culture to be inspiring. The president of the medical technology company, Telehealth Associates, attended the performance with her husband at The David H. Koch Theater at Lincoln Center on Jan. 16.

“I think the dancing is outstanding. The culture that we experienced is phenomenal,” Seppala said. “I am really loving it.”

“And we didn’t realize that Shen Yun is all over the world,” she added.

New York-based Shen Yun showcases China’s 5,000 years of traditional culture, after it was nearly destroyed by six decades of communist rule. The performance displays the inner spiritual core of the nation’s culture, which encompasses the virtues of benevolence, kindness, and honor. The company has six equal-sized groups that tour the world simultaneously. They are set to perform in about 130 cities across five continents.

Dancers bring out the inner meaning of intrinsic thoughts and feelings through their movements. Seppala said she was impressed the dancers for their proficiency and she praised them for their coordination and togetherness.

“The dancers are all the same [and] the same height,” she added.

A Show That Cannot Be Seen in China

Seppala and her husband John were concerned when the emcees said Shen Yun cannot be performed in China today. She pointed out the Chinese Communist Party (CCP) front group that had staged a protest outside Lincoln Center to slander the performance.

Like Seppala, many Shen Yun’s audience members were surprised to see the protest when walking toward the theater. They have questioned why the CCP is so afraid of a dance and music company.

According to Shen Yun, this is because the CCP sees traditional Chinese culture, which is deeply rooted in Buddhism, Taoism, and Confucianism, as its greatest rival. Through the Cultural Revolution, which occurred between 1966 and 1976, the communist regime attempted to eradicate traditional culture and replace it with Mao Zedong’s way of thinking and style of discourse.

Ancient relics and antiques, calligraphy and paintings, classic books, and scriptures were burned, while temples and statues were smashed to pieces. From that point on, Chinese culture was never the same again.

This is why Shen Yun is trying to revive authentic traditional Chinese culture and values, and bring it to the world through performing arts. The performance is not afraid to showcase themes and values that are in stark contrast with the ideology of the CCP. Many of the traditional values are universal, resonate with people of all ethnicities and backgrounds, as well as guide people to live virtuous lives.

“The story of the history and the culture of China and this dance company is inspiring,” Seppala said.