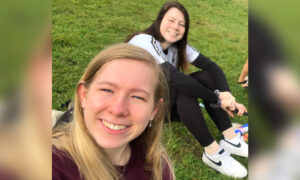 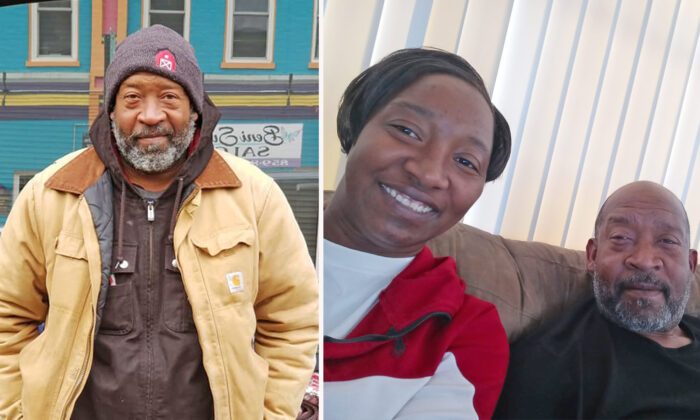 A homeless man who formed a strong bond over the years with his Jessamine County, Kentucky, community has received a life-changing holiday gift. Collectively, they all raised enough money to send him over 400 miles to reunite with his family and rebuild his life.

“It was kind of frustrating at first,” he admitted to LEX 18, “but then this voice in the back of my head kept telling me, ‘You’re going to be alright.’”

Rolan’s positive outlook won him many supporters. Sergeant Kevin Grimes of the Nicholasville Police Department called Rolan “such a pleasure,” adding that people talk to and feed him on a regular basis. Thus when the first snow fell on Nicholasville, a collection was raised to put him up in a hotel so that he could remain warm.

Lana Rowland, the owner of CNC Bakery, gave Rolan’s cause a shout-out on Nov. 30. “As you can see it’s snowing and very cold outside today,” she posted on Facebook. “Last night two wonderful people, Nancy Hill and Brandon Montgomery, were able to collect enough money to put our dear Brian in a hotel for a week.”

Additionally, Rowland also mentioned that she had reached out to Rolan’s daughter, Jackie Cedswife Heath, in South Carolina. Heath welcomed the idea of her father’s arrival, claiming she would be able to take care of him, and her father also agreed to go.

Rowland’s goal was to raise the funds to ship Rolan’s belongings, buy him a bus ticket, and put enough money in his pocket to give him a head start for the new chapter in his life. “Let’s send Brian home to his family,” Rowland signed off. “They love him and need him home.”

Within just a few hours of the appeal, CNC Bakery raised nearly US$1,000. A GoFundMe drive started by Rolan’s daughter also raised an additional $1,905. On witnessing people come out to support him, a touched Rolan exclaimed, “I wasn’t expecting this to happen.”

Before waving him goodbye, Rolan’s friends also presented him with a memento, a can ornament inscribed with the words “From KY to SC,” which was signed by the community.

On Dec. 7, Rolan reached South Carolina. He and Heath shared an emotional reunion at the bus station. “This happened this morning! THANK YOU LORD!” Heath shared, posting the emotional footage on Facebook.

Rolan admitted that he would miss his old life in Nicholasville but was looking forward to new ventures in South Carolina such as “Seeing all my grandkids and my children, and my newest granddaughter,” he told LEX 18.

“She just turned a year old,” he marveled, “and I just can’t wait to get my hands on that!”