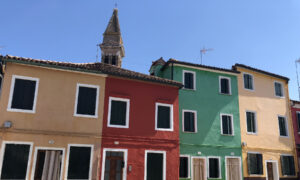 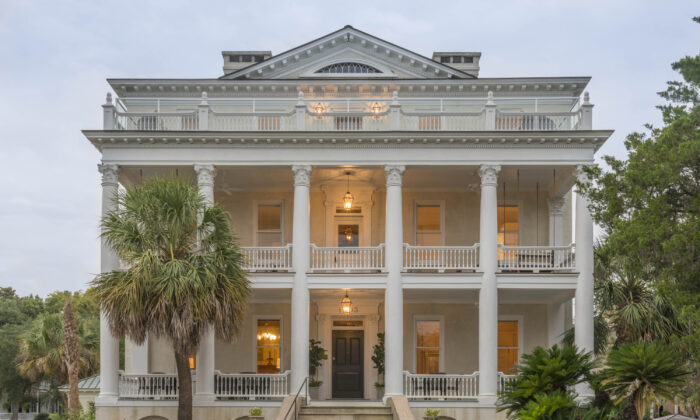 On a Saturday in the coastal city of Beaufort, South Carolina, (not to be confused with its sister city in North Carolina), my daughters held my hands tightly as we ducked our heads against the wind to cross a street lined with live oaks, palmettos, and quaint, brightly colored buildings.

The sea breeze carried notes of live music playing up the street, but my daughters were glued to the window of The Chocolate Tree, where candies and caramel apples beckoned to them from behind the glass. While they excitedly pointed out favorite sweet treats, I admired the landscaping and colorful flowers planted on every corner. As I breathe in the signs of spring, I thought I just might never leave.

‘Queen of the Carolina Sea Islands’

Packed with history and beauty, and home to a budding food scene, there’s a reason why Beaufort has long been called “The Queen of the Carolina Sea Islands.” Discovered by Spaniards in 1520, and finally chartered by the British in 1711, this city on Port Royal Island is the second oldest in South Carolina.

Beaufort honors its history on every corner, with no shortage of markers, statues, and plaques on historic homes. The Revolutionary War saw its loyalties sharply divided, as prominent families in Beaufort were split in their support. Even as the war drew to a close, bitter skirmishes broke out between Tories and Patriots, one even leading to the death of Col. John Laurens, a close friend of Alexander Hamilton.

In the years after the Revolutionary War, Beaufort found fortune in the production of sea island cotton. The town became known as one of the wealthiest in America. Many of the homes in Beaufort’s historic district today were built during this period. These houses are generally characterized by a two-story piazza, raised high over a foundation of stucco, with high ceilings and lavish mantels. Many of these homes had extensive and beautiful gardens. It’s no wonder that the historic home tours of Beaufort are so popular.

The opulence Beaufort enjoyed then came to a swift end with the Civil War. The Union Forces occupied five sea islands for the majority of the war. With the influence of the Union forces, Beaufort became home to one of the first schools for freed slaves, and the first land sales to former slaves.

Robert Smalls was one of these men. Born as a slave in a house in downtown Beaufort in 1839, he escaped slavery by commandeering a Confederate military vessel and surrendering it to Union forces. When his former master’s house was put up for sale due to back taxes, Smalls purchased it. The home remained in his family until 1953. After the war, Smalls made a career in politics, eventually serving five terms in the U.S. Congress.

Beaufort faced hard economic times in the aftermath of the Civil War. Cotton production never grew to what it was before the war, and the emergence of boll weevils in 1919 virtually eliminated sea cotton as a viable export.

In 1893, what is now referred to as the Sea Island Hurricane swept through the Carolina Lowcountry, killing an estimated 2,000 people and leaving 20,000 homeless. Beaufort and the rest of the Sea Islands were inundated with water.

During World War II, a naval station was constructed near Beaufort. The military investment and resort development on nearby islands helped bolster Beaufort’s declining economy. Today, Beaufort attracts nearly a million tourists each year. The city offers carriage, bike, and walking tours, each highlighting the city’s robust and varied history. Restaurants like Hearth Pizza, The Old Bull Tavern, and Wren Bistro are just a few of the mouth-watering restaurants the city has to offer.

Just a short drive away from Beaufort is Hunting Island State Park. With five miles of beach to explore, a boardwalk, and a nature center, my daughters were delighted to spend the afternoon there. The park’s lighthouse is the only accessible one in the state, and visitors can climb the 167 steps to the observation deck at the top, which provides a spectacular view.

The park now offers tours of St. Phillips Island, a remote barrier island that was once the home of Ted Turner. Tours provide a ferry to the island, and then time to enjoy seeing natural wildlife like sea turtles, alligators, painted buntings, and roseate spoonbills.

Time and schedule meant that I did in fact have to leave Beaufort, but in my time there, the city and its surrounding area managed to charm me like it has countless other visitors. I’ll come back for the history, architecture, and views from the waterfront park. My daughters are already asking to go back for the chocolate.