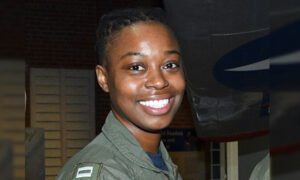 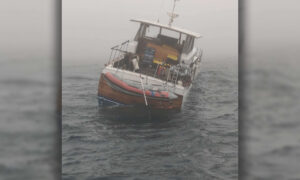 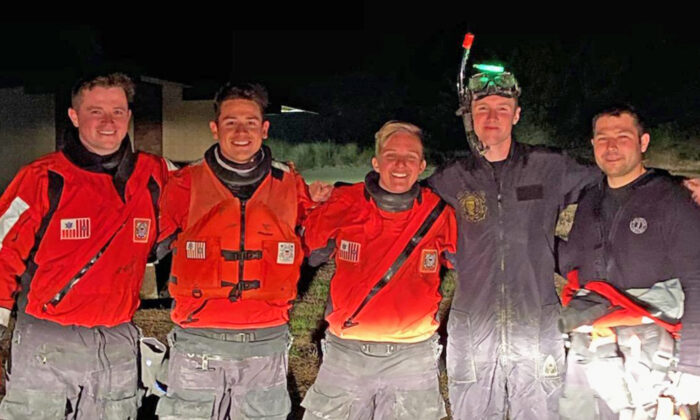 Past-midnight rescue efforts saved a lone fisherman who was struggling to survive through 10-foot breaking surf in near-zero visibility. The mariner’s vessel had run aground, forcing him to abandon the sinking ship near South Beach State Park, Oregon.

The Oregon Coast Guardsman crew braved the perilous weather conditions to track the distressed fisherman after receiving a mayday call at 11:30 p.m. on Sept. 8, the U.S. Coast Guard said in a statement.

The team’s unwavering efforts to reach out to the fisherman in time reflect the Coast Guard crew’s sheer bravery.

The Coast Guard Sector North Bend’s watchstanders were informed by the lone fisherman, via radio call, that his 44-foot commercial fishing vessel had run aground on the south jetty at Newport.

A multi-crew search-and-rescue effort was launched, including a 47-foot Motor Lifeboat, the 52-foot Motor Lifeboat Victory, and a ground party from Station Yaquina Bay. An Air Facility Newport rescue helicopter also responded to the mayday call but was forced to return to base due to high winds and near-zero visibility.

The fisherman abandoned his ship as 10-foot-high breaking surf began to rip the vessel apart, yet managed to sustain radio contact with Station Yaquina Bay crew members on the shore the whole time.

Tracking the exact location of the fisherman proved to be a big challenge given the limited visibility and bad weather. The Yaquina Bay crew asked the fisherman to light flares so that rescue teams could pinpoint his location. It worked.

Nearly 90 minutes after receiving the first mayday call, the 47-foot Motor Lifeboat reached the vicinity of the sinking ship but was unable to approach due to the steepness of the waves.

It was the group on land that made headway, having run 1.5 miles from the South Beach State Park carrying 500 feet of rescue line. Petty Officer 1st Class Wallace Qual headed into the surf, tied to a rescue line.

Southbound currents thwarted Qual’s first attempt, however, and the petty officer returned to shore to regroup. He reached the fisherman on his second attempt at swimming out to the disintegrating ship. The Station Yaquina Bay crew members reeled the pair back to safety from the shoreline.

After returning to shore, Qual described the success of the teamwork that went into locating the lone fisherman, and the inter-crew communication at Newport’s south jetty, as “huge.”

“When I got to [the fisherman], he was wearing his survival suit and had an EPIRB [emergency position indicating radio beacon] and strobe light in hand,” said the petty officer. “That preparedness probably saved his life.”

The Coast Guard urged all mariners to be equally well prepared for their seafaring ventures. Both Qual and the rescued mariner were assessed by attendant EMT in the early hours of Sept. 9, according to the statement. No injuries were reported.