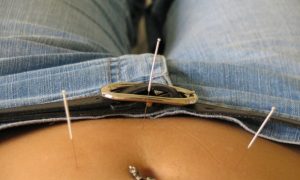 Cinnamon Versus Ibuprofen for Menstrual Pain

Why risk using a pain killer with bad side effects? Natural alternatives are often not only safer but more effective, and cinnamon is no exception.

Published in the Journal of Clinical and Diagnostic Research and titled, “Comparative effect of cinnamon and Ibuprofen for treatment of primary dysmenorrhea: a randomized double-blind clinical trial,” Iranian researchers evaluated the effect of either 420 mg of cinnamon (Cinnamomum zeylanicum), 400 mg of ibuprofen, or a starch placebo, in three groups of 38 females. Both pain intensity and duration were monitored in all groups, with the results reported as follows: