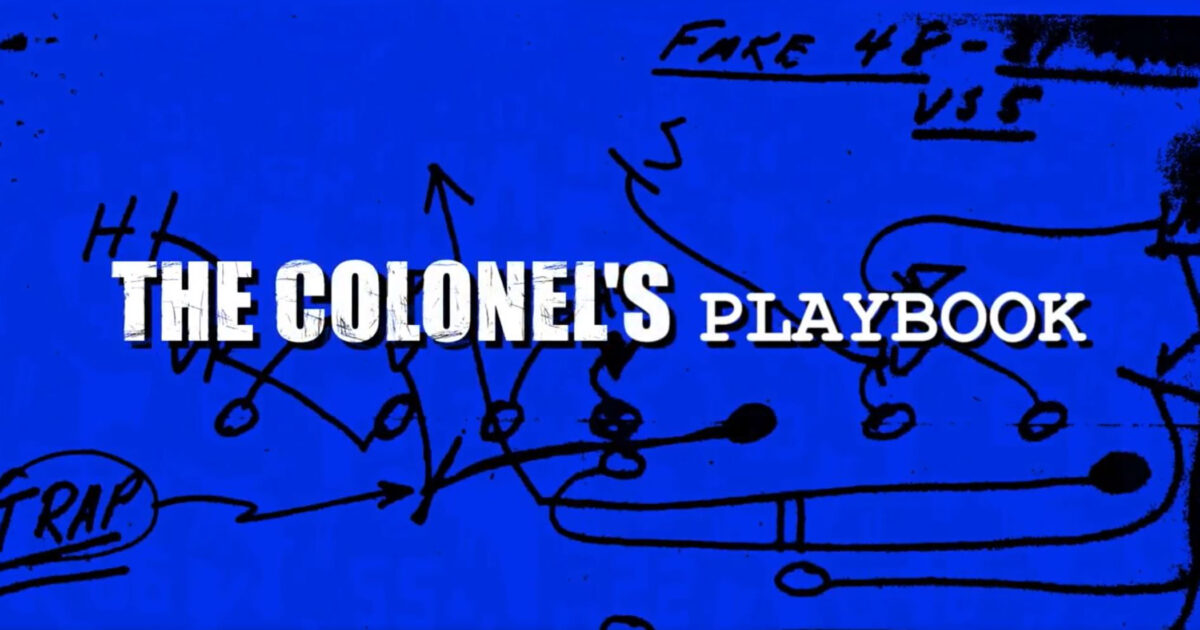 A compelling real-life story about a military Veteran teaching kids to reach their potential.
BY Ian Kane TIMEMay 16, 2022 PRINT

Back in 1961, a well-to-do group of parents in the Fort Worth area put their heads together in order to figure out how to prepare their kids for Ivy League universities. These discussions led to the concept of a private preparatory school in the area that would facilitate this goal.

Two years later, this concept came to fruition and Fort Worth Country Day School was born. The school’s new headmaster, Peter A. Schwartz, and the rest of the school’s staff soon noticed a glaring shortcoming about Fort Worth Day; although its student body excelled in academics and the arts, its athletics programs were abysmal.

Film producer and director Tim Williams, a native son of Fort Worth, recently made a movie based on how this shortcoming was addressed. Titled “The Colonel’s Playbook,” it’s a documentary that focuses on how a seasoned World War 2 veteran of the U.S. Marine Corps, Lieutenant Colonel R.C. “Rocky” Rosacker, was instrumental in whipping the school’s athletics programs into shape. This initially began with Rosacker being hired as the school’s new football coach.

Through a multitude of interviews, former Fort Worth Country Day faculty members and students, as well as some of the parents of the students, recall their experiences with Coach Rosacker. The film moves along at a relatively brisk pace—bouncing back and forth in time. Old photographs of the students and Rosacker are shown as both the former students and Williams narrate over the images.

Most of the interviews are entertaining enough to carry the film and range from mildly engaging to downright hilarious. The latter is usually in the form of some self-critical recollections from the former students, now adults. For instance, several of them recount how, before Coach Rosacker was hired, Fort Worth Country Day’s athletics teams were known around town as “sissified” and “panty wastes.” They hailed from privileged families and were considered sheltered and soft—in their own words.

Another former student points out how all of the middle-school-grade males were required to play on the football team, even the “nerds.” The kids are described as Coach Rosacker’s “mini-Marines” since he treated them like brand-spanking-new recruits coming into a Marine Corps boot camp.

One of the key facets of Coach Rosacker’s training regimens was teamwork. For instance, if a student was having trouble adapting to the training and lagging behind, he’d bring them to the side for some personal motivation talk. Coach Rosacker also stressed the importance of winning. As many of his former students recount, Coach Rosacker would often repeat a familiar slogan: “Winning isn’t everything; it’s the only thing.”

This type of can-do attitude may seem a little extreme these days, but the former students say that it was instrumental in developing a winning attitude since they were actualizing the slogans they’d repeated over and over. Coach Rosacker did such a good job that he eventually became the school’s overall athletic director and also inspired the female athletes to perform better than they ever had, particularly the soccer team.

The film also documents Rosacker’s background and how he grew up as an adopted orphan in central Kansas under very challenging circumstances. After his mother tragically died early on in his childhood, the entire community of his hometown came together and helped to instill values in him that served him throughout his formative years and into adulthood. This retrospective lends insight into a bygone era of the United States when families and communities were strong in their traditions and looked after one another.

As I’ve watched a lot of narrative sports dramas in the past about coaches taking mediocre teams (or just plain crappy in this case) and turning them into championship material, I thoroughly enjoyed this documentary since it’s a refreshing slice of real life instead of something made up. It’s a well-paced and produced documentary that is wholesome, historically-based, and insightful entertainment for the entire family.