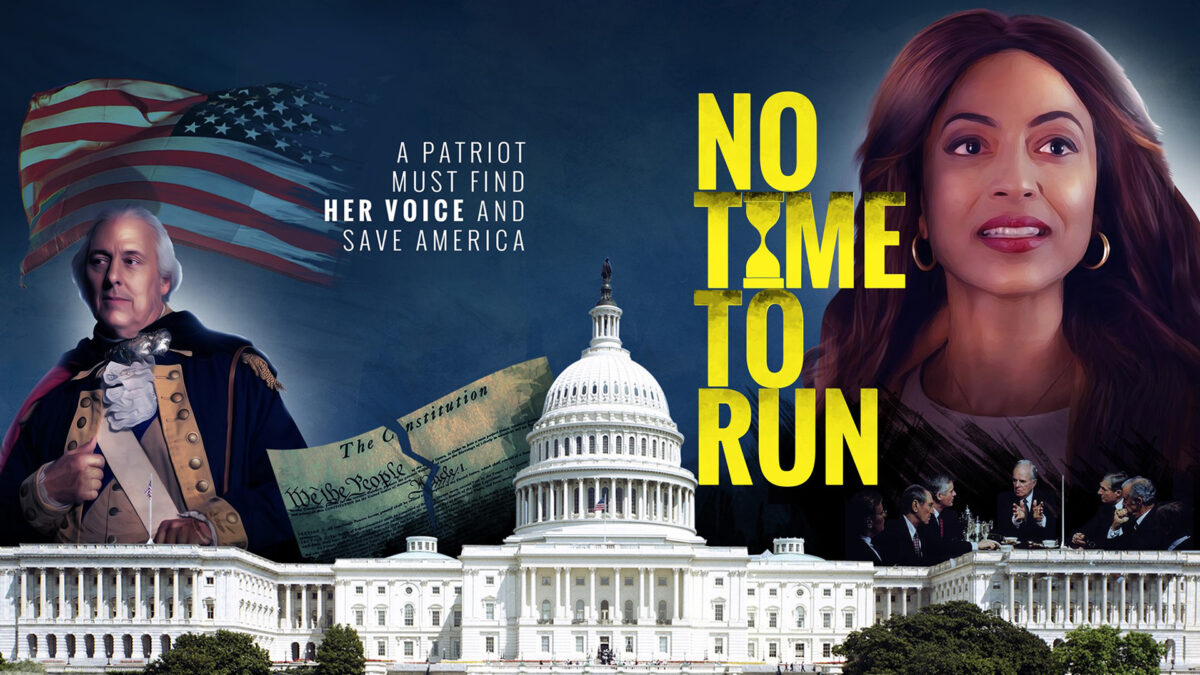 An inspiring and entertaining film of unparalleled timeliness
BY Ian Kane TIMEMay 23, 2022 PRINT

As I watched the credits roll at the end of director Eric Williams’s well-made drama “No Time to Run,” I realized that I couldn’t recall a film that so accurately captured the tumultuous gestalt of our modern times. It encapsulates many of the issues that are not only plaguing the United States but also the world at large.

Of course, with a limit of only one hour and 35 minutes, the filmmakers couldn’t go into too much detail on each of the complex contemporary challenges we face. Instead, the movie alludes to many of these issues through a cleverly drafted screenplay written by writer Richard Dane Scott, and excellent performances by its very capable cast.

As the movie begins, we find Melanie Bridgewater (Christina Marie Karis), her husband Howie (Shawn Michael Perry), and their son Nicholas (Donovan Kirkpatrick); a multi-ethnic family enjoying their small town life. But when Melanie goes to visit her father Herman (Herman Cain) who is the town’s mayor, it becomes evident that there is a rift between the father and daughter. Herman also missed his grandson Nicholas’s high school graduation and Melanie is upset because her father always seems to be too busy with work to bother with family affairs.

Herman suffers a stroke and while he is hospitalized, Melanie and her best friend Lisa (Valerie Jane Parker) go to his house in search of an important family document. There, they discover a time machine located in the basement, along with some artifacts from the 18th century. However, the findings scare Melanie and the two friends quickly leave.

Later, Melanie encounters a man ranting anti-American rhetoric and burning the flag of the United States. She bravely intervenes and using sound logic (and an ample amount of passion), puts the man to shame and recovers the flag. Unbeknownst to her, someone was recording the entire incident and a video of the encounter swiftly goes viral. Overnight, Melanie becomes a national sensation.

Melanie’s fierce and fearless patriotism inspires people from all walks of life and results in her reluctantly running for mayor. She gets the position but soon becomes the target of nefarious political forces centered in Washington, D.C. She also returns to her father’s basement with Lisa, activates the time machine (with some liquid courage), and visits her distant relative Thaddeus (Stephen “Big Steve” Dupree), Benjamin Franklin (Richard Fox), and even President George Washington (Mark Collins).

As the pressures of her new job mount and the threats from anti-American, pro-globalist forces intensify, Melanie’s addiction to prescription pills increases. This, in turn, leads to feelings of self-doubt and heightened anxiety.

Melanie soon learns of an upcoming globalism summit that involves the United States and other nations signing over their national sovereignty to a New World Order-style global supranational power that supersedes all of them. Therefore, Melanie begins to put together a plan in hopes of thwarting the insane globalist power fantasy that is quickly becoming a reality. But time is running out…

Because of all of the political shenanigans happening around Melanie, this emotional drama sometimes feels like a taut political thriller. The peppy cinematic compositions throughout the film lend a brisk pace to the proceedings and keep things moving along nicely. The acting is also outstanding, with a particularly stellar job turned in by Christina Marie Karis; her body gestures and facial nuances allude to what she’s going through, without overacting.

This is a movie that focuses a lot on the Constitution of the United States, its true significance, and how it has largely been deemed irrelevant by certain global forces (as Melanie so accurately puts it, “Forgotten and misunderstood, but not outdated”). This film’s important and timely subject matter, coupled with its interest-piquing historical scenes pertaining to the glorious nature of America’s past, make it an inspirational movie for the entire family to watch.

“No Time to Run” also says loudly to audiences, “There’s still a chance to turn things around, but we have to act soon!” It uncannily parallels many of the potentially calamitous events that are unfolding these days, right before our eyes—but offers hope instead of a pessimistic perspective that ends in irreversible despair.