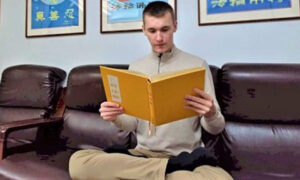 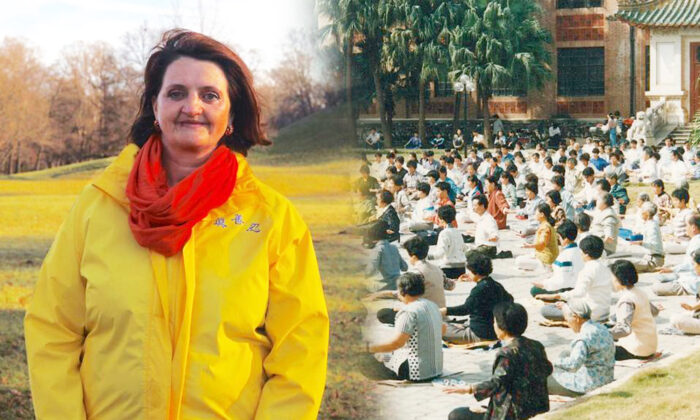 “Why am I suffering so much? Why is life like this? Why does my family treat me badly? Why are some people so bad? Why do I live here?”

These were the many questions that a chronically depressed Romanian woman was struggling to seek the answers to. Reclaiming her mental health was getting seemingly impossible with each passing day.

It wasn’t until she came across the self-improvement cultivation system of Falun Gong, which is being violently persecuted in communist China, that she felt empowered from deep within to pull herself out of the endless destructive thoughts to eventually recover from her severe depression.

Much-acclaimed for its profound spiritual and physical health benefits, Falun Gong (also known as Falun Dafa) is rooted in the universal tenets of “Truthfulness, Compassion, Forbearance.” The self-cultivation system—currently practiced by over 100 million people worldwide—comprises five gentle exercises, including a sitting meditation, and focuses on the development of one’s moral character and an upbeat state of mind.

Talking to the Chinese edition of The Epoch Times, Daniela Dascalu said she migrated from Romania to Germany more than two decades ago before settling down with her husband in Munich. She ended up in depression after her husband left, and in 2016, her illness only worsened with the passing of her mother. She was in despair and heartbroken.

At that time, Dascalu had already qualified for the home economics (Hauswirtschaft) test and was about to look for jobs. However, due to her deteriorating mental health, she stopped searching for jobs, paying attention to personal hygiene, or socializing. To work on her depression, she reached out to a mental health clinic, but she was simply afraid of stepping out of her home to see the doctor or collect her medicines.

Dascalu’s life was marred with a negative mindset and feelings of shame and low self-esteem, which led her toward anxiety-induced overeating. She was desperately looking for a safe refuge from her progressive depression.

It was during this period that Dascalu experienced a major turning point in life.

In November 2016, she learned that her good friend would be attending a Falun Gong conference in Munich. Warmhearted by nature, Dascalu decided to assist her friend by hosting seven of the Romanian Falun Gong practitioners at her home for a few days.

Dascalu said that though her guests left after the conference ended, they left behind something precious—“positive energy.” Since she had some free time, she decided to read Falun Gong’s main spiritual text, “Zhuan Falun.”

She said that, prior to hosting the guests, she already knew about Falun Gong from that same friend, who had also given her the Romanian version of the book at the beginning of 2016, and that, although she had trouble comprehending the full content, as she didn’t know many of the Romanian words, she knew that the practice was different. She said she had experienced a field of “very strong energy” around her while reading the book.

However, Dascalu stopped reading midway, after hearing misleading information about the practice from one of her relatives who had been deceived by the Chinese Communist Party’s (CCP) purposeful fabrications and state-run propaganda that demonized the peaceful practice.

Ironically, Falun Gong—which is based on traditional Chinese culture and was introduced to the public in 1992—had gained huge popularity in China due to its health benefits and moral principles, and had been recognized as the most-awarded qigong practice before the officially atheist CCP launched a violent campaign to persecute it in 1999, fearing the peaceful practice’s spiritual grounding as a threat to its communist-Marxist ideology of struggle and hate.

Since then, tens of thousands of adherents have been unlawfully arrested and persecuted in China, with many of them even tortured to death—making it one of the biggest spiritual persecutions of this century.

Unaware of the facts, Dascalu said, she was naturally afraid and thus wanted to understand the situation better before continuing. But for various reasons, she never had the chance to learn more about the beauty of the practice until she hosted the Romanian practitioners at her home.

This time, Dascalu decided to switch to reading the German edition and ordered a copy through a bookstore. She received it the next day, and for the next three weeks, she read it and finally understood the content.

“I’ve understood it this time, I’ve understood everything,” she said, adding that she even cried, feeling grateful, because the book “explained many things in simple terms” for which she had been seeking answers.

Dascalu said she finally found the answers to all her questions in the “life-changing book.” She discovered that her depression and fear were gone, and she had started taking good care of herself and even began searching for jobs again.

She joyfully wrote an email to her doctor sharing her experience and that she’d found a “cure” for depression.

Having reclaimed her peace of mind and calm, Dascalu realized there were many inspiring things that she had wanted to do but all those were simply buried under the suffocating depressive thoughts; she had just forgotten them all, she said.

It was finally a wish that came true for her, she said.

“I became more considerate of others. I am kind, understanding, and calm,” she told Minghui.org. “I directly and indirectly [positively] change the people around me.”

Dascalu said even her children have embraced Falun Dafa’s principles of truthfulness, compassion and forbearance. “It is very important that we act as role models for our children, as they are the future,” she told Minghui.org.

With her newfound confidence and upbeat take on life, Dascalu eventually managed to find a job.

In her own little way, to express her gratitude toward the practice and what it’s done for her, and to make a difference in her community, Dascalu said, she now volunteers to organize activities to raise awareness about the ongoing persecution of Falun Gong and human rights violations happening in China.

Dascalu hopes that more people will get to know about the persecution and the evil nature of the CCP.

Jocelyn Neo
Jocelyn Neo is a writer who focuses on China-related topics and life-based stories that inspire hope and humanity.
TOP NEWS