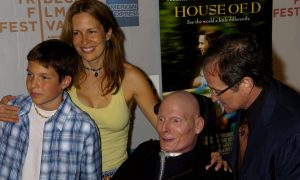 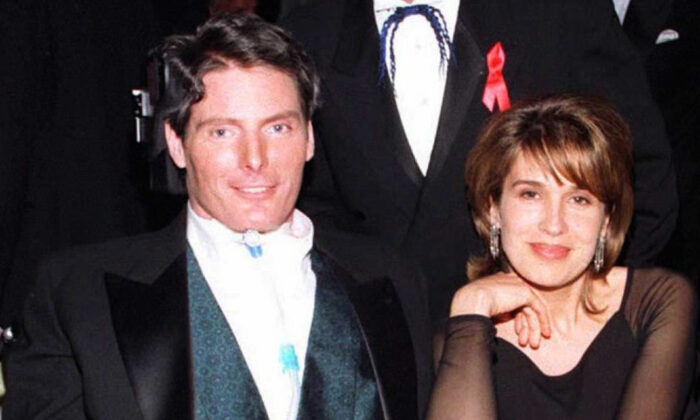 Christopher Reeve Wanted to ‘End It’ After He Was Paralyzed, Until He and His Wife Made a ‘Love Pact’

For actor Christopher Reeve, who became famous for his portrayal of Superman in the 1970s, “[a] hero is an ordinary individual who finds the strength to persevere and endure in spite of overwhelming obstacles.” By any definition, his late wife Dana Reeve fits the bill. A noted singer and actress in film and television, after her husband’s tragic horse-riding accident in 1995 that left him paralyzed, she became a tireless caretaker and advocate for people with disabilities.

Even as Christopher Reeve became less and less able to fend for himself, Dana stayed right by his side, running the foundation they created for people with paralysis and raising their son Will, who was born just three years before Reeve’s tragic accident.

Though Dana herself would fall victim to lung cancer in 2006, just two years after her husband’s death, she inspired many with her courage, positivity, and fidelity in the face of great struggles.

When Christopher first met Dana at the Williamstown theater festival in 1987, after he had filmed four installments of the Superman series from 1978 to 1984, the famous Hollywood star fell for the young singer. “I fell hook, line and sinker,” he said, per CBS. Dana Reeve was reluctant at first, but charmed by Christopher.

However, the actor had come from a broken family and was used to living on his terms. Dana, on the other hand, wanted a serious commitment from Reeve. He agreed to go through therapy and “got over his fear of marriage,” according to biographer Christopher Anderson. They married and soon after had their son Will, who joined two of Christopher’s children from a previous marriage, Matthew and Alexandra.

Christopher, who was known for his muscular physique acquired during the Superman years, was extremely physically active in sailing, playing tennis, and horseback riding. Just three years into their marriage, in 1995, it was at an amateur equestrian tournament in Culpeper, Virginia, where then-42 year-old Christopher lost almost everything. Thrown from his horse, the star fractured his upper vertebrae, and while surgeons managed to save his life, Reeve would spend the rest of it paralyzed.

For Reeve, whose physicality had been such a big part of his identity as the “man of steel,” this was a huge blow. As the surgeon who reattached Reeve’s skull to his spine told biographer Anderson, “[h]e wanted to end it right then.” Reeve told his wife that she should go on without him and asked her to let him die.

“I suggested, ‘Maybe I should just check out,’” Christopher admitted to Barbara Walters in a 1995 interview for 20/20. But while Reeve was ready to give up on himself, his wife had other ideas. “You’re still you, and I love you,” she told him. According to their biographer, Dana made a “love pact” with her husband. “Hold on for two years,” she said, adding, “if you still feel this way two years for now we will reconsider this question.”

It was his wife’s words that galvanized him in his desire to survive. “And I would not be where I am today with the positive outlook that I have and the sense of real hope and purpose, if it were not for Dana,” he said to 20/20.

Dana had her share of trials and tribulations but devoted herself fully, first to Christopher’s rehabilitation, and second to the cause of finding a cure for paralysis. Together, they founded the Christopher and Dana Reeve Foundation which continues to support paralysis patients and their families, as well as funding research that seeks cures for the condition.

The couple became a symbol of strength in adversity as they stayed together and stayed positive despite the incredible health challenges that Reeve faced, being paralyzed from the shoulders down. While many people lionized Dana for staying with her husband during his paralysis, she felt it was completely natural.

As biographer Anderson said, “She made jokes about being called a saint all the time. She didn’t like it.” When journalists would make a big deal of what she had done, Reeve would say, “I’m just a woman whose husband fell off a horse and I’m taking care of him and that’s what you do.”

Christopher Reeve beat the odds by surviving 10 years after his accident, finally passing away in 2004, when their son Will Reeve was just 13 years old. As Dana said, per ABC, “I made a vow to Chris when we married that I would love him, and I would be with him, in sickness and in health, and I did OK with that.”

Dana Reeve also lost her mother soon after her husband’s death, and in a even more tragic turn, was diagnosed with stage 4 lung cancer despite never having smoked herself. She died in 2006, leaving her son behind to face the world as best he could.

As for their son Will Reeve, he continues to be fully committed to the mission of helping others that his parents left with him. “My mom was one of the most courageous people I’ve ever had the privilege to know, she was the pillar for our family,” Will told ABC.

As a sport journalist and ambassador for the Christopher and Dana Reeve foundation, Will said, “I hope I make my parents proud every day. I’d like to think that they would be proud.” He explains that his goals are simple: “The only thing I can control is myself and living up to their legacy. If I do that, then I’ll be all good.”