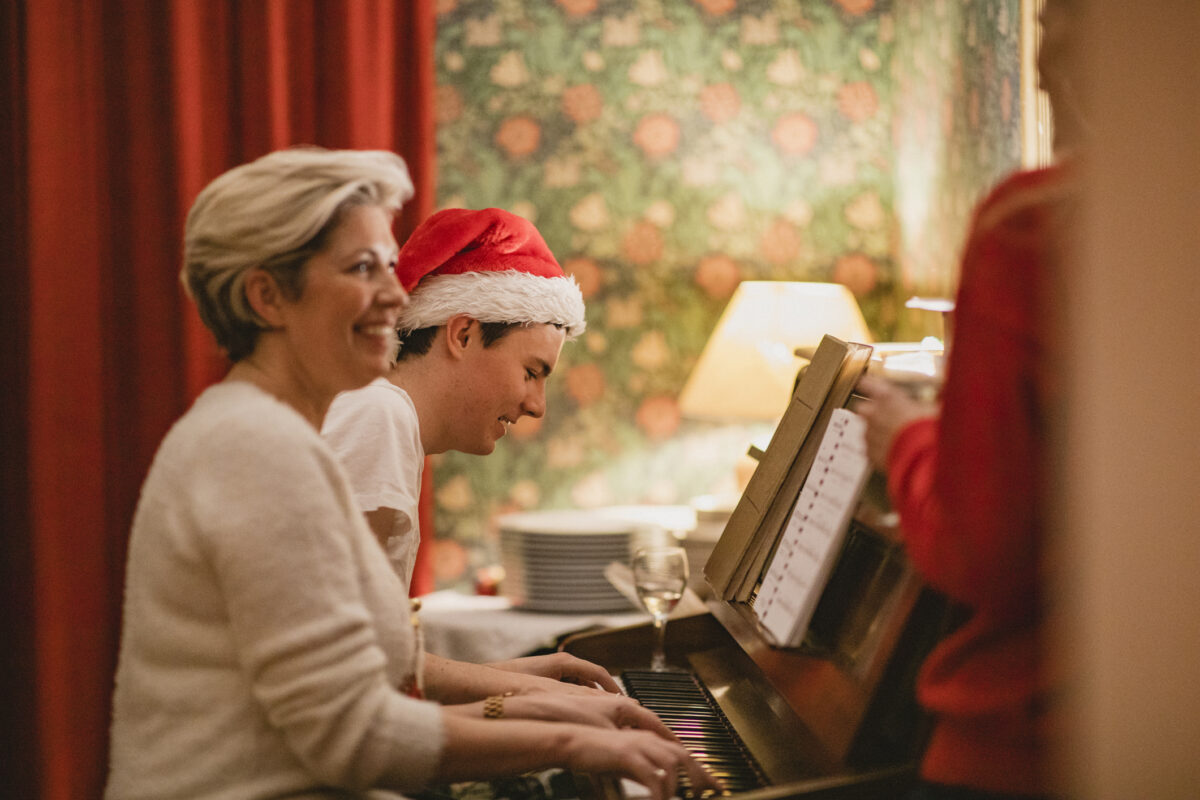 Some of these compositions are more than 1,000 years old, while others have popped up in just the last decade. (SolStock/Getty)
Arts & Culture

Christmas Songs and Carols: The Stories Behind the Music

Christmas delivers more traditions, festivities, and entertainments than all other American holidays combined.

Worshippers sing traditional carols and hymns, and light Advent candles. In their churches and homes, they set up nativity scenes, a practice created in 1223 by St. Francis of Assisi.

On the other side of the fence are secular holiday traditions. Originally modeled on a fourth-century bishop, St. Nicholas of Myra, Santa Claus has long been an icon of the Christmas season. We set up and decorate fir trees in our living rooms, fix stockings to the mantle, send out Christmas cards, buy sleigh loads of presents, and tell the little ones about Santa’s elves and Rudolph the Red-Nosed Reindeer.

The world of arts and entertainment exuberantly joins these festivities. We read books such as Charles Dickens’s “A Christmas Carol” and share poems with our children like Clement Moore’s “The Night Before Christmas” or Dr. Seuss’s “How the Grinch Stole Christmas.” Hollywood has pumped out scores of Christmas movies, ranging from classics like “It’s a Wonderful Life” and “Miracle on 34th Street” to comedies, religious stories, and Hallmark romances.

Meanwhile, families practice their own holiday customs. That newly wedded couple must decide whether they’re going to open presents on Christmas Eve or Christmas morning. Some families watch “A Christmas Story,” while others stick to “National Lampoon’s Christmas Vacation.” Some repeat the Thanksgiving menu of turkey and stuffing for their holiday meal while others enjoy roast beef, goose, or ethnic foods.

And then, of course, there is the music.

There are so many Christmas songs and so many different artists who have recorded them that certain radio stations fill their December air time with this fare without strain or repetition. Load copies of all these recordings into Santa’s sleigh, and even that bearded wonder and his 12 reindeer might have trouble making lift-off.

Some of these compositions are more than 1,000 years old, while others have popped up in just the past decade. Some celebrate the coming of a savior, like “Hark! The Herald Angels Sing” and “Go Tell It on the Mountain.” Others center our attention on the symbols of the season, like “O Christmas Tree” and “Here Comes Santa Claus.” Some take a turn toward romance, as in “All I Want for Christmas Is You” and “Christmas Every Day.” There are even silly Christmas songs: “I Saw Mommy Kissing Santa Claus,” “All I Want for Christmas Is My Two Front Teeth,” and “Grandma Got Run Over by a Reindeer.”

Behind many of these songs are intriguing stories of their creation and their meaning. Here are just a few of these histories.

“O Come, O Come, Emmanuel” has its roots in the monasteries of the ninth century. That early version was in Latin, of course, and is just as beautiful, if not more so, than the English we sing today. Originally, monks or nuns antiphonally sang verses and psalms from the Old Testament, anticipating the arrival of a savior. Discipleship Ministries of the Methodist Church offers this interesting observation on the original arrangement. Each of the antiphons began with the words below:

By the seventh antiphon—O Emmanuel—the first letter of these words read in opposite order gave listeners an acrostic “Ero Cras,” which means “I will be present tomorrow.”

Another song from the Middle Ages, “In Dulci Jubilo,” we now know as “Good Christian Men, Rejoice.” German folklore holds that Heinrich Seuse composed this carol sometime around 1328, after he had heard angels singing it.

“Silent Night” has a backstory that is almost as beautiful as the carol itself.

Just after the end of the Napoleonic Wars, a young Austrian priest, Joseph Mohr, took a walk on a winter’s evening and was struck by the peace and beauty of the snow-covered village below him. He wrote down the words for “Silent Night,” and two years later, in need of a hymn for Christmas Eve, he paid a visit to his friend Franz Gruber, a school teacher who was also the church’s choirmaster, and asked him to compose the music for his lyrics.

That night, at Midnight Mass, Gruber and Father Mohr, playing on the guitar, gave the world one of its most beloved carols.

Eventually, “Silent Night” was translated into more than 300 languages and is today sung around the world. One fascinating historical note: During World War I’s Christmas Eve truce of 1914, soldiers from both sides of no man’s land gathered and sang the carol in English and German.

Secular Songs of the Season

The past 100 years have seen an explosion of non-religious holiday songs. Of these, “White Christmas” remains one of the most popular, and again the music comes with a special story.

The Russian-born Irving Berlin, who gave us such hits as “God Bless America” and “Puttin’ on the Ritz,” also wrote “White Christmas.” Though the Jewish composer didn’t celebrate this holiday, some have speculated he may have written the song in memory of his 3-week-old son, who died in 1928 on Christmas Day. For years afterward, Berlin and his wife annually visited their son’s grave on that day. Certainly, the opening lines and the slow, rather melancholy tune might point to such a loss:

“I’m dreaming of a white Christmas/Just like the ones I used to know/Where the treetops glisten and children listen/ To hear sleigh bells in the snow.”

In 1941, Bing Crosby first brought the newly published “White Christmas” to the airwaves just days after the Japanese attack at Pearl Harbor. During the war, whenever Crosby appeared overseas to entertain the troops, the soldiers again and again requested this song.

“I hesitated about doing it because invariably it caused such a nostalgic yearning among the men, that it made them sad,” Crosby said in an interview. “Heaven knows, I didn’t come that far to make them sad. For this reason, several times I tried to cut it out of the show, but these guys just hollered for it.”

Those men wanted that reminder of home and what they were fighting for.

If we explore the origins and histories of such songs and carols, we find that many of them come with these special stories. “The Twelve Days of Christmas,” for example, finds some musicologists who believe that the gifts mentioned in the song, from a partridge in a pear tree to 12 drummers drumming, refer to certain symbols of the Catholic faith while others contend this strange array of presents derives from a child’s memory game.

While learning these stories can be fun and instructive, it’s the music we know and love. It’s a small bit of that glue that binds us together as a people. We would be hard-pressed to find a child, or an adult for that matter, who had never heard of Rudolph or The Grinch. Whatever our religious beliefs, we’re familiar with “Silent Night” and “Joy to the World.” We may not know the words, but we can hum along with songs like “Little Drummer Boy” and “I’ll Be Home for Christmas.”

To my readers, I’ll conclude by way of one more song title: “We Wish You a Merry Christmas!” 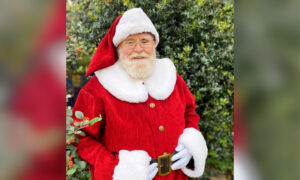 PeopleBy Jeff Minick
‘It’s Just Lovely’: Man Who Has Been Santa Claus for the Past 35 Years Shares His Journey
12-14-2021
sharecomments 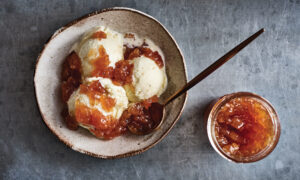 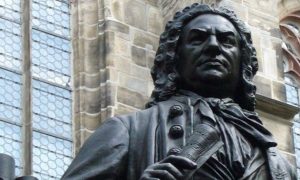 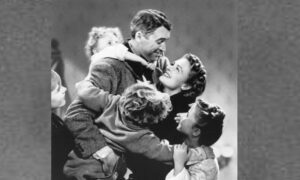