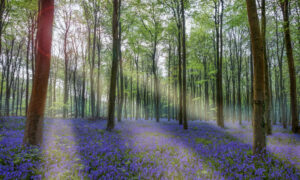 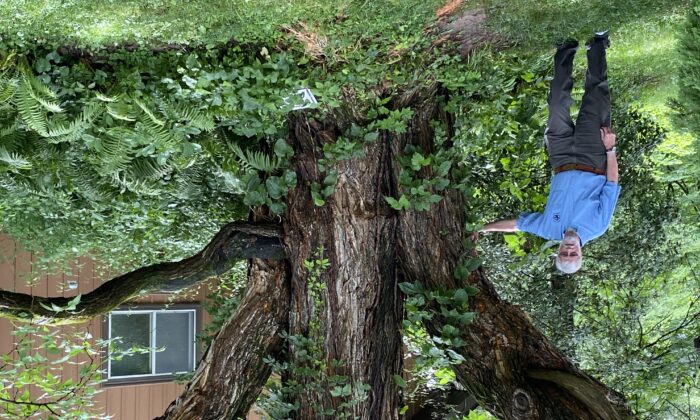 Roughly 2,500 trees and shrubbery find sanctuary at Starhill Forest Arboretum near Petersburg, Illinois, where co-founders Guy and Edie Sternberg practice what they promote in tree conservation.

Having founded the arboretum in 1976, the Sternbergs kept at least one existing tree near their residence on the 50-acre property. It’s an Osage Orange from about 1930, and was the largest Osage Orange found in Menard County, Illinois, in a survey conducted in 1985.

“Take advantage of a special (existing) tree if you have it,” Guy Sternberg said. “If it’s rare, extra nice, extra pretty or extra-large, in really good shape, try to make that the focus of your landscape. If you have a 50-year-old tree or a 200-year-old tree, you’re not going to regain that in your lifetime.”

A certified professional arborist and retired registered landscape architect, Guy Sternberg typically gives from 10 to 12 tree lectures a year. Plus, he’s working on, for release in fall or winter 2021, the approximately 500-page book “Native Trees of North America,” an update of his previous book “Native Trees for North American Landscapes.”

In the meantime, Guy Sternberg has tips for people who plan to pick which existing and/or new tree with which to landscape their yards.

“If they’re building a house, tree protection is paramount, and if you don’t do it right, you might as well take the tree down because doing it wrong just leaves you with a sick tree that’s going to die a few years later probably anyway, and then you’ve got a dead tree hanging over your house,” said Guy Sternberg, who added that Starhill Forest Arboretum has North America’s largest oak collection.

The current housing boom in the U.S. gives credence to the thought that many people will need to consider landscaping with trees.

Recently, there’s been a housing construction upsurge, with single-family housing starts (number of new residential construction projects) in May at a “rate of 1,098,000,” and “… this is 4.2 percent (±9.2 percent) above the revised April figure of 1,054,000,” according to the Monthly New Residential Construction, May 2021 report provided by the U.S. Census Bureau and the U.S. Department of Housing and Urban Development.

People having houses constructed and looking to save existing trees should survey their properties to find trees that are long-lived species, in good condition, are part of a diversity of species and that will give them the values that they seek, whether it’s wildlife habitat, fall color, spring flowers or shade, Guy Sternberg said.

Consider the physiological age of the tree and whether it’s likely to survive for a long time in its environment, he said.

Make sure trees are placed where you would have planted them, not somewhere you have to work around, Guy Sternberg said.

“Make sure the tree is outside of the deck, for example, because anytime you incorporate a roof… or a deck or something, or patio around the tree, you’re just asking for problems down the road,” Guy Sternberg said. “The tree grows, the tree sways, the tree drops branches, and the rest of the tree dies, and then you’re stuck with the tree in the middle of your structure.”

Make sure contractors don’t work underneath trees you want to save. Put up orange construction fencing to fence off trees.

“Save what you can, but get rid of what is going to be a problem, so your contractor has some place to work,” Guy Sternberg said.

When it comes to considering new trees to plant, people living in towns should see what trees their neighbors have in their yards, employing a “10-20-30” rule for tree diversity, Guy Sternberg said. That rule suggests that “an urban tree population should include no more than 10% of any one species, 20% of any one genus, or 30% of any family” in order to reduce the chance of tree loss because of pests, Smart Cities Dive said in a 2017 article.

“See which ones are doing well, which ones aren’t doing well, and see which ones are missing that would be good trees to add,” Guy Sternberg said. “You don’t plant another pin oak knowing that your neighbor’s is not doing well. Also, if 14 different neighbors all have red maples, you don’t put another red maple in because …you don’t want to have all of one thing in an area because if a disease or insect finds one, they just go right down the line. ‘Diversity’ is the magic word.”

Trees should be suited to climate, soil, the usage the land will receive, disruption in the soil (are you putting in a paved driveway, lawn, grading, rock garden or burying utilities?).

“Find something that is adapted to the uses that you’re going to put to that yard, and have something that gives you the benefits that you seek,” Guy Sternberg said. “That could be spring flowers, fall color, growth form, a low-branching habit that will block the view of the neighbors, a high-branching habit that will frame the view of the neighbors or give a view of your house from the road with the canopy above.”

When buying new or preserving existing trees, people should consider whether the species they’ve picked is native or exotic. Guy Sternberg recommends trees that are native to the area first. However, planting an exotic tree isn’t necessarily bad if the tree isn’t considered a hurtful, invasive exotic.

Several states have native plant societies which can guide the public on good species to plant for their areas.

People should take their time researching the right trees — looking at other trees, looking at what nurseries have and talking to others such as a nurseryman, landscape architect, arborist, master gardener or master naturalist, Guy Sternberg said.

“A tree is once-in-a-lifetime. You buy a tree. It should outlive you and maybe your children, if you chose well,” Guy Sternberg said.

Once you know where you want a tree to be planted, take a big stick and put it in the yard where it’s going to go, Guy Sternberg said.

“Consider what you’re going to be using. Are you going to have a little badminton area or something in the yard? Is it off of there? Is it going to be fitting in well? And move that stick around. Move it around for a week or two until you’ve got it where you think, ‘Yes, this is the place where I’m planting my tree.’ ”