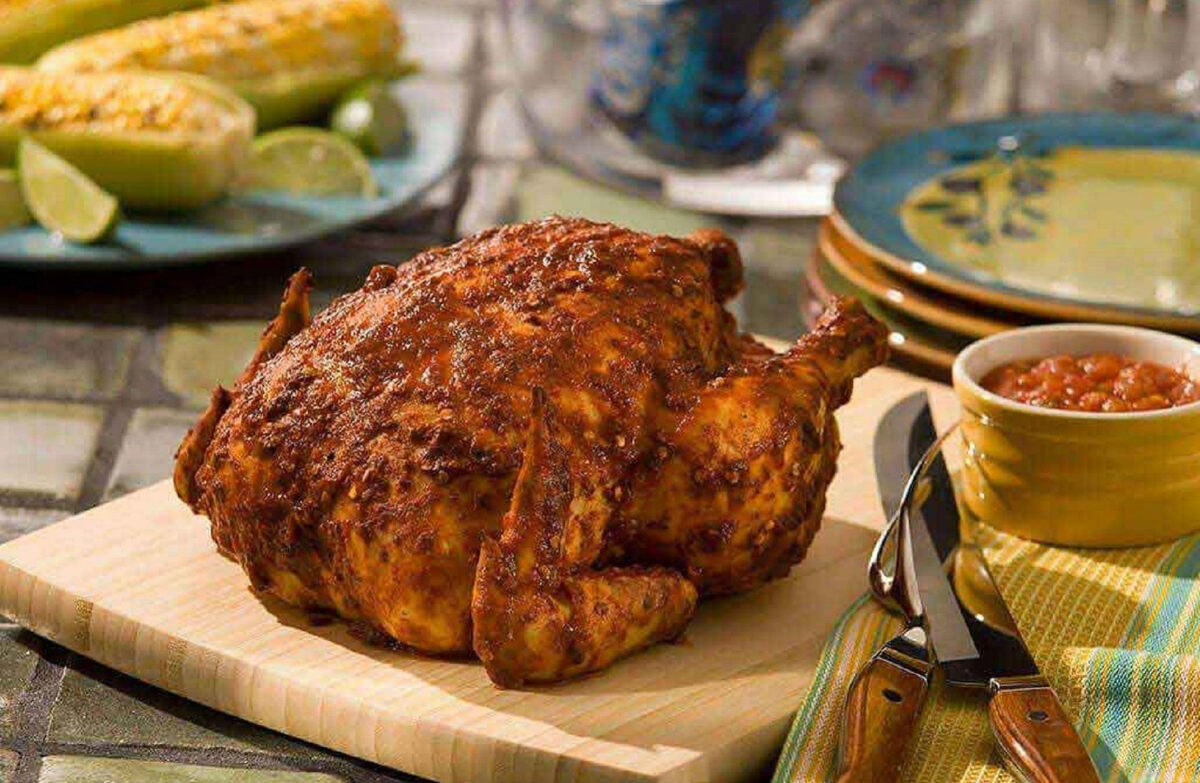 Summer is officially here which, for many people, means it’s time to fire up the grill. And while the star of the cookout is usually a perfect grilled steak, this creative chipotle-rubbed beer can chicken recipe will show you why that’s not the case this year.

It’s no secret that chicken is often reserved for easy weeknight dinners, when the extravagence of restaurant worthy meals waits on the side lines. But this recipe gives you both. With just a five minute preparation time and a rub that you’ll be thinking about for days, this recipe is a no-brainer.

The key to perfecting the chipotle-rubbed beer can chicken it to make sure that the chicken is tall enough to be in an upright position — with the grill lid down — when it’s sitting on the beer can. After making your puree of cinnamon, chipotle, lime juice, salt and pepper, you’ll want to rub the chicken generously, not doing so is one of the most common grilling mistakes. And once you taste this chipotle chicken, you’ll want to use your skills to try the rest of these grilled chicken recipes that are not boring.

Before you get started, make sure that sitting on the beer can, the chicken is tall enough to be in an upright position with the grill lid down.

Process chipotles, lime juice, cinnamon, salt and pepper in a blender or food processor until pureed. Rub chicken with puree.

When preheated, push coals to one side of grill, using tongs. Set a disposable metal pan next to coals to catch drips. Replace grill rack. (Or, if using a gas grill, turn off burners on one half of the grill, and place drip pan underneath grill rack.)

Cook bird 75 to 90 minutes, rotating halfway through cooking, until juices run clear and a meat thermometer inserted in the center of breast registers 180°F.

Remove beer can carefully and let chicken rest on a cutting board 10 minutes before carving and serving.

This recipe is courtesy of Perdue.