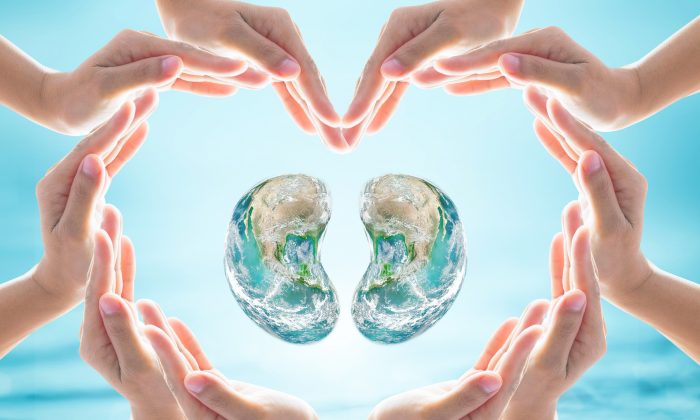 It’s almost a new year–a time to reflect on the past and look forward to the future. It’s also a great time to take stock of your health and set some goals for achieving wellness and balance in life.

To make the most of your energy this year, look to nature as your guide. For example, for a plant to survive long term, it requires strong roots–ones that pull in nutrients and water from its environment and give it the strength to carry on.

In Chinese medicine, the roots of the human body are the kidneys.

Modern physiology sees the kidneys primarily as a filter that removes waste from the blood and excretes it as urine. Chinese medicine also acknowledges this filtering function, but sees the organs as possessing a much deeper purpose: storing and protecting our life’s essence.

According to Brandon LaGreca, an acupuncturist and Oriental medicine practitioner in East Troy, Wisconsin, this concept of the kidney shares several similarities with our modern understanding of the adrenals, the small but mighty glands that sit on top of our kidneys. The adrenal glands produce more than 50 hormones that drive our growth, development, reproduction, inflammation, blood pressure, blood sugar, and nearly every other process in the body.

Because they produce hormones, the adrenals are categorized as part of the endocrine system in Western medicine. But the Chinese kidney concept recognizes some of the same functions.

“Someone with a lack of energy, we diagnose as having kidney qi deficiency. This has close parallels to someone who is adrenal fatigued,” said LaGreca.

One of the most important jobs of the kidneys is to store a form of energy known in traditional Chinese culture as “jing.”

The earliest texts of Chinese medicine describe our life essence as a substance called “jing.” Ancient doctors believed we could achieve longevity by learning to preserve this precious substance.

There are two kinds of jing: postnatal and prenatal. You can think about them like two bank accounts. Your postnatal jing—the energy you get from eating, drinking, and breathing—is your checking account, which you regularly deposit into and withdraw from to meet the demands of life.

The prenatal jing is your savings account, essentially an inheritance from your parents. This is a deep reserve of energy that you should only touch when you really need it. Unlike your checking account, which you can supplement when funds get too low, any withdrawal you make from savings is gone for good.

“If you have good habits and you sleep well, then you’re only depositing and withdrawing from your checking account,” said LaGreca. “But if you’re burning the candle at both ends and you have a poor diet, you’re going to have to start dipping into your savings account and taking more out. If you follow this analogy to its conclusion, when your savings account balance goes down to zero, that’s the end of your life.”

We don’t all start life with a big inheritance. Genetically robust individuals come into this world with much more jing, while others must make do with a meager amount. But no matter how much you start with, everyone can learn to preserve and protect the jing they’ve got.

Winter is the season associated with the kidney in Chinese medicine because winter teaches the importance of conserving our energy. Unlike the warmth and abundance of spring and summer, winter is cold and harsh, and resources are scarce. If we have enough jing when hard times hit, we can bounce back. However, if our jing is low, and stress starts chipping away at our savings, recovery is harder and the signs of age begin to show. The typical symptoms of old age—fatigue, hair loss, a bad back, and brittle bones—are also signs of depleted jing.

Consider what a rapid loss of jing looks like in the “before” and “after” pictures of people addicted to crystal meth, a drug that triggers the adrenal glands to secrete high levels of stress hormones for extended periods. Within just a few months, you can see youth and vitality deteriorate as meth users burn their essence away.

How To Live in Harmony With Winter

This is an extreme example, but there are other, more common behaviors that, over time, can sap our precious jing.

“The biggest one, by a long shot, is overwork,” said LaGreca. “Mental overwork is thought of as harming the spleen in Chinese medicine, but I’ve seen it in modern times hurt the kidney too; mostly just because of how much we do it.”

Sleep is another important aspect of jing preservation. Rest recharges your battery. It’s also an activity associated with winter. Think hibernation, or how the energy of a tree descends to its roots after the leaves fall.

Reproductive function is a key part of the Chinese kidney concept. Fertility is a sign of good jing, but ancient doctors gave stern warnings about wasting our reproductive resources. Chinese medical texts, and even ancient erotica, strongly cautioned against overindulgence in sexual activity—particularly for men.

While some cultures discourage such behavior from a moral standpoint, Chinese medicine addresses it for very practical reasons.

“If you think about it, the production of sperm takes a lot out of your body,” LaGreca said. “You’re drawing on your nutrient reserves in order to produce the best quality and the best possible chance for the strongest offspring. Ejaculating more times than your kidney can keep up with starts to draw on your reserves.”

Chinese medicine believes that by minimizing ejaculation, men can preserve their jing. This is why Ming Dynasty doctor Zhang Huang wrote, “If you want to protect your source of longevity, there is no better way than to guard yourself against sexual desires.”

We have to sacrifice some of our jing to create the next generation, and mothers give up much of theirs during pregnancy. Modern medicine acknowledges that women need extra rest and nutrition as they carry a baby to term, but Chinese medicine advocates that moms get several more months of rest and nutritionally dense meals after they give birth, to help build back their personal reserves.