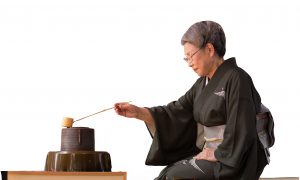 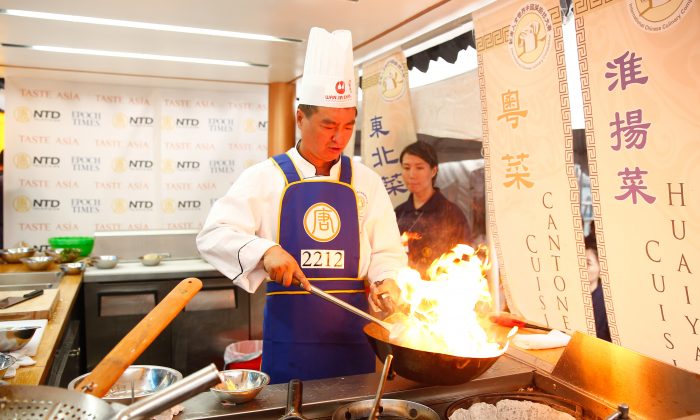 NEW YORK—When it comes to Chinese cuisine, most of us in the Western world are only familiar with Cantonese and Sichuan food—dishes from the south and southwestern regions of China.

But what about food eaten in the rest of the country? There are actually three other major Chinese regional cuisines: Shandong cuisine, from Shandong province; Northeastern cuisine, from the area around Beijing and further north; and Huaiyang cuisine, from cities along the lower reaches of the Huai and Yangtze rivers.

To encourage more people to understand the rich and diverse culinary traditions of China, Chinese television network NTD Television hosted its 7th annual International Chinese Culinary Competition. Trained chefs from around the world gathered in Times Square, New York on June 27 for a cooking competition to determine whose skills could meet the judges’ high standards for authenticity of the dish, as well as the quality of the culinary artistry.

Twelve chefs from the United States, Canada, and Japan took turns preparing two dishes each within their chosen specialty cuisines. Each was allotted 40 minutes to complete their task—not an easy undertaking.

The simpler the dish, the more challenging it is to cook it well.
— Zizhao Luo, chief judge

The dishes, pre-determined by the competition organizers, are classic traditional offerings commonly known to locals from those regions.

Contrary to our impressions of Chinese food as greasy and overly pungent, the dishes are actually very light to preserve the natural flavor of the ingredients.

The Cantonese dish known as “crystal prawns,” for example, retains a slight briny flavor, while still scrumptiously abundant with the flavors of ginger and scallions. A thin film of gravy coats the surface—just enough to get your taste buds excited.

When cooked properly, the shrimp acquires a texture that the Chinese describe as “springy to the teeth.”

“The simpler the dish, the more challenging it is to cook it well,” said chief judge Zizhao Luo, who has won numerous culinary awards in China throughout his 30-year career. “In cooking traditional Chinese cuisine, the flavor has to be very pure, and you have to be able to taste the food’s natural juices and essence.”

With the Northeastern dish of “fried hot green peppers with dried bean curd,” the same principle presides. The heat of the peppers wasn’t overpowering—a tinge of spicy and smokey flavor complements the beany taste of the bean curd (made from soybeans).

Other dishes represented ingredients or cooking methods particular to each of their birthplaces. The Huaiyang dish, “fish granules with pine nuts,” contained the nuts from pine trees that grow in Jiangsu and Zhejiang provinces.

“Sauteed sea cucumber with scallions” incorporates the yummy sea creature found along the Shandong peninsula. “Stir-fried shredded pork with coriander” featured a type of Shandong cooking technique known as bao, which involves quickly frying the ingredients in high heat. The method is supposed to keep the food light in taste, while retaining its nutrients, according to NTD’s website.

Likewise, the sauce in the dish “shredded pork in fish fragrance sauce” is uniquely Sichuanese. The sauce doesn’t contain any fish—it’s actually a mixture of red pepper, ginger, garlic, sugar, salt, and soy sauce. The sauce evokes a range of tastes all at the same time: savory, sweet, sour, and spicy.