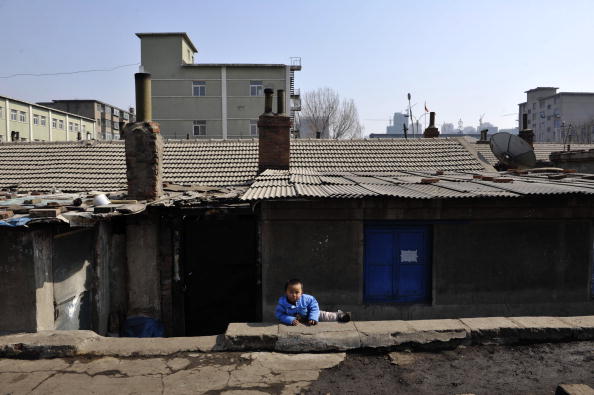 After almost four decades of a government-imposed one-child policy that led to a severe gender imbalance and a low birth rate, the Chinese regime decided to abolish the mandate in 2015 and encourage couples to have two children. It was an attempt at reversing the population decline that threatens the country’s development.

In northern China’s Liaoning Province, the provincial government recently rolled out social policies such as introducing better maternity and paternity leave benefits, encouraging employers to provide flexible work hours for women before and after pregnancy, and enacting tax, education, and housing policies that benefit families with more than one child, according to a July 18 report by state-run newspaper The Paper.

The local government in Shihezi, a city in northwestern China’s Xinjiang region, recently issued five policies to encourage more couples to have a second child, according to The Paper. That includes 14 weeks of paid maternity leave, during which employers must pay 80 percent of the woman’s salary. Women also would not be discriminated against, when it comes to promotions and pay raises, for taking maternity leave.

According to The Paper, Tianjin City in northern China, as well as Yichang and Xintao cities in central China’s Hubei Province, have issued similar policies since 2017.

But for Chinese citizens, the rush to introduce policies may be too little, too late. On Sina Weibo, China’s Twitter-like microblogging platform, many netizens expressed anger at the regime over the issue.

“Can [the Chinese authorities] now openly admit that the one-child policy was evil?” asked a netizen from Hubei.

“Can [the regime] return the money it took for fining people [for violating the one-child policy]?” asked a netizen with the username “CLQY” from coastal China’s Jiangsu Province. Families with more than one child were often fined heavily if they were caught by authorities.

“So you promote vasectomy when there is ‘family planning.’ But when society is in need of more people, you allow two children. Do you take citizens as some kind of reproductive machine?” asked a netizen with the username “Zhong Xiaoshu” from Liaoning.

The Chinese regime once enforced the one-child policy by forcibly conducting birth control practices such as IUD insertions, tubal ligations, and vasectomies. Authorities also forcibly performed abortions, even when the woman was at a late stage of pregnancy.

China’s decades-long one-child policy has created a myriad of social problems. First, China’s sex ratio stands at 115.4 boys to 100 girls as of November 2017, leaving more than 1 million bachelors who will likely remain single for the rest of their lives. Second, the workforce is shrinking while the population of people over 60 years old has exploded. Third, China’s social safety net for the elderly is falling apart because the country’s many only children have to shoulder the burden of providing for their parents and grandparents.

Just days before the Liaoning government issued its birth encouragement policies, it announced plans for the elderly to continue working so that they could help minimize the financial burdens of a dwindling workforce, according to a July 11 report by Radio Free Asia.

The policies called for “effectively exploring and developing the elderly human resource database” and “gradually implementing a policy of postponing retirement.” In addition, it called for education programs for the elderly, so they can open up their own businesses and contribute to the economy past retirement age.