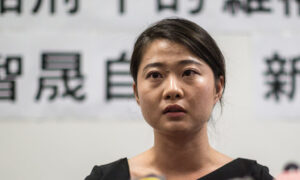 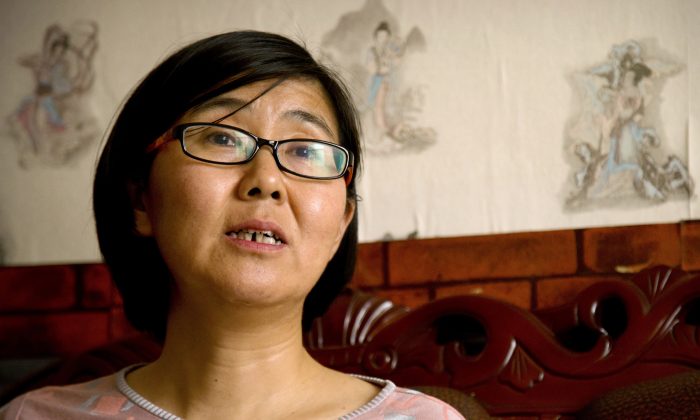 A woman known as the “bravest female lawyer in China” has been honored by the United States with an International Women of Courage Award.

Wang Yu, one of China’s most prominent human rights lawyers, was arrested and imprisoned amid an infamous nationwide round-up of hundreds of lawyers and rights advocates known as the “709 crackdown” in 2015. She has since been released and is now under an exit ban.

The lawyer has defended activists, scholars, Falun Gong practitioners, farmers, and petitioners in cases involving a range of issues from women’s and children’s rights to religious liberty to freedom of expression.

Wang didn’t attend the virtual ceremony hosted by the U.S. State Department on March 8. Secretary of State Antony Blinken in a speech said the department hadn’t been in regular communication with Wang over the past two days.

“We’re concerned because we know that she wanted to attend today’s ceremony,” Blinken said. “We’ll be following up and if necessary, speaking out on her case.”

She was among 14 recipients from around the globe honored by the State Department on International Women’s Day, with its annual award that recognizes the courageous accomplishments of women.

In a video message played at the awards ceremony, Wang said she felt an obligation to push for the rule of law in communist-ruled China after witnessing its “judicial corruption and degeneration.”

“I would also like to see more people stand up and speak out for the rule of law, fairness, and justice in China,” she said.

Wang, 50, wasn’t always a human rights defender. Originally a business lawyer in Beijing, her course of life was changed after an incident at a train station in Tianjin City in 2008. Wang got into an intense argument with several railway employees who kept her from boarding a train even though she had a ticket. She later filed a lawsuit against local authorities.

As a result, she was arrested and sentenced to two and a half years in prison on the charge of “intentional assault.”

That experience made Wang realize “the darkness of justice and arrogance of power” in China, she told The Epoch Times in a 2018 interview, prompting her to find her calling in representing dissidents and minority groups. She started taking rights abuses cases in 2011, a role that made Wang herself a target by police for harassment, threats, surveillance, and assaults.

In July 2015, Wang was the first lawyer to be detained during the Chinese regime’s 709 crackdown. Wang, like other arrestees, was forced to make “confessions” that were aired on China’s state broadcaster CCTV, supposedly admitting her wrongdoing as a human rights lawyer.

She was imprisoned for more than a year and then put under house arrest for over a year, before being released in August 2018. In a 2019 interview with The Epoch Times, Wang described the various torture methods inflicted on her in prison.

On one occasion, Wang was forced to wear handcuffs and shackles made of pig iron for seven days and nights. The restraints were very heavy, making it difficult for her to move around, raise her arms, eat meals, sleep, or use the restroom. The pig iron was extremely coarse and caused severe bruising on her wrists and ankles.

Prison guards also put Wang on a torture device called a “tiger bench.” Guards would use belts to bind the victim’s arms and legs tightly to a bench. They then add layers of bricks or some other hard object under the victim’s feet, which further pulls the binding, sometimes to the point that the belts break. Victims endure extreme pain from the pressure of the belts and often pass out.

In another torture session, Wang said she was deprived of sleep for five consecutive days. She thought she would die but eventually managed to pull through.

“It was truly a miracle. I feel that God was with me, protecting me,” Wang said in the interview.

Wang’s husband and then-teenage son were also detained, harassed, and assaulted by police while Wang was incarcerated.

After Wang was released in 2018, the family of three was sent to Ulanhot City in Inner Mongolia, where they were put under constant surveillance. Sending dissidents off to a remote area to silence them is a common tactic used by the regime.

Last December, Wang told The Epoch Times that authorities had canceled her lawyer’s license. She said Beijing authorities had imposed very harsh conditions, including that she couldn’t take on cases, for her license to be restored, which she could not agree to.

Wang said the human rights situation in the country had deteriorated to its lowest level. Lawyers were finding it hard to take on certain cases as they came under heavy pressure and attacks from authorities, lawyer’s associations, and law firms, according to Wang.

“It’s now very hard to find a lawyer to represent you in human rights matters,” she said.

Despite Wang being barred from practicing, she still holds out hope that things will change in the future.

“I don’t know when it will be, but we should still carry a bit of hope,” she said. “When the country develops in the direction of rule of law, lawyers will play a big role.”