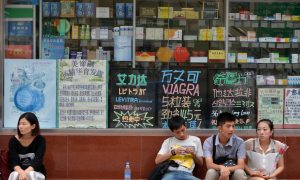 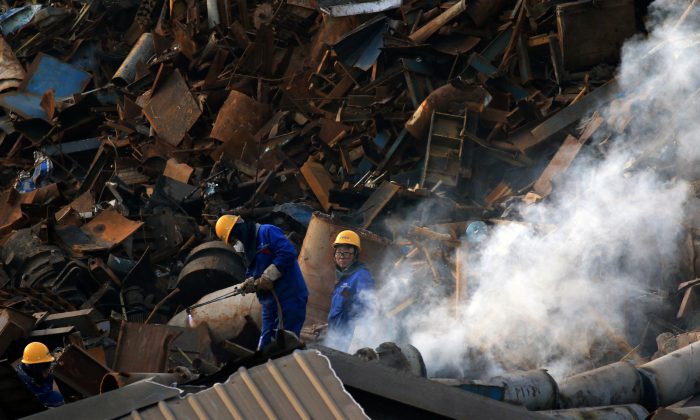 BEIJING—China’s services sector expanded at the slowest pace in four months in February, pressured by fewer new orders at home and abroad, a private survey showed on March 5, underlining growing strains on the economy and a challenging outlook for businesses this year.

The Caixin/Markit services purchasing managers’ index (PMI) fell to 51.1, the lowest since October and down sharply from January’s 53.6. The 50-mark separates growth from contraction.

The findings were largely in line with those of an official gauge of the non-manufacturing sector released last week, which showed services activity cooled in February after rebounding for two straight months.

China is banking on a stronger services sector to cushion a slowdown in its vast manufacturing industry that is being hit by rising labor costs and a U.S.-China trade war. However, consumers have turned more cautious about spending as income growth slowed in the face of a broadening economic slowdown.

Growth in new orders fell to the weakest since October, while export sales also rose at the slowest clip in five months, pointing to softer demand both at home and overseas.

Job creation in the services sector also eased off to grow at only a marginal pace, which is sure to keep policymakers wary as Beijing will be keen to avoid significant job losses lest it stokes social instability.

With the manufacturing sector still in contraction, and new export orders falling last month, business sentiment has taken a hit in sign of heightened concerns about the outlook.

Indeed, confidence for the year ahead among Chinese services providers fell to a three-month low, while operating expenses in February rose faster than the previous month.

Caixin’s composite manufacturing and services PMI, also released on Tuesday, slipped to 50.7 in February, from 50.9 in January.

“However, with downward pressure on employment, expansion in the services industry slowed notably. Increased infrastructure investment may have prevented a sharper decline in economic growth.”

Chinese policymakers have rolled out a flurry of measures to support the world’s second-largest economy which is growing at its slowest pace in almost three decades. More policy steps are expected in coming months, though some relief might be in the offing for businesses as signs emerge that Beijing and Washington might strike a deal to end their bitter year-long trade war.