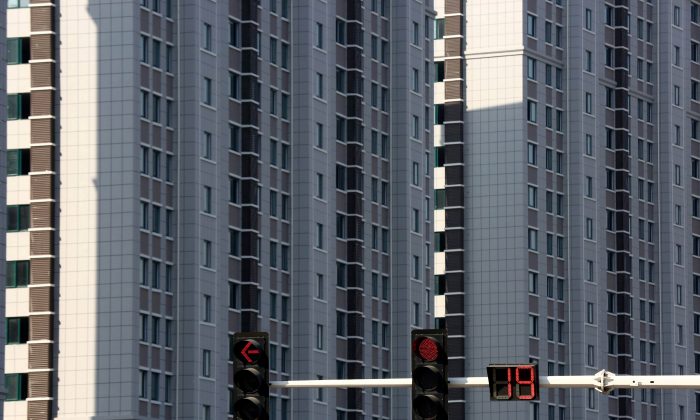 China Property Market to Cool in 2019, Weigh on Economy

BEIJING—China’s massive property market is expected to cool further in 2019, with smaller price rises and falling home sales adding to pressure on the world’s second-largest economy, a Reuters poll showed.

Smaller cities, which have seen sharper price gains this year, may face greater risks of a slump as economic activity slows and financing conditions remain tough for smaller developers.

China’s average residential property prices are forecast to rise 2 percent in the first half of 2019 from a year earlier, and just 0.5 percent for the full year, a survey with 16 property analysts and economists showed on Dec. 10.

That would mark the weakest annual rise in five years in a sector that traditionally has been one of the country’s major growth drivers and store of household wealth.

Analysts have downgraded their estimates since the last Reuters poll was conducted in September, when prices were expected to rise 3.3 percent in the first six months of 2019.

Housing sales are expected to fall 5 percent in 2019, the latest poll showed, with property investment slowing to 4 percent.

Despite gradually slowing from its peak levels in mid-2016 as authorities sought to cool price rises, the sector has remained relatively buoyant due to strong underlying demand for housing and few alternatives for investment.

Recent price gains have been mostly driven by smaller cities which have fewer restrictions on home buyers than megacities.

That has allowed smaller centers to get rid of years of high inventories, providing a cushion for the economy as regulators moved to rein in high levels of debt.

However, market sentiment has turned more cautious since the start of the second half of this year following a surge in failed land auctions, and on signs that China’s consumers may be growing more cautious about spending.

“There will be a significant downside risk in real estate next year—it’s mainly due to more visible contractions in smaller tier-3 and tier-4 cities,” said Sun Binyi, an analyst with China Real Estate Appraisal.

The biggest risks facing the sector include smaller government allotments next year for a massive slum redevelopment program, tight financing faced by property developers and a chilling effect on confidence if the Sino-U.S. trade war drags on, Sun said.

Most economists believe China’s regional and municipal governments will loosen curbs on buyers next year as their revenue from real estate shrinks and local economies slow.

But that will test central policymakers’ resolve to keep debt levels and speculation under control.

Fourteen out of 16 analysts polled said they expected some degree of policy loosening in the sector in the coming year, though many argued it would be exercised in discretion and the likelihood of a blanket, nation-wide lift in purchase restrictions is low.

“These tightening measures will be relaxed. As economic growth slows the government will need the housing market to support growth,” said Iris Pang, ING Bank’s Greater China economist based in Singapore.

With domestic demand softening, economists predict China’s growth could cool to as low as 6 percent in 2019, from an expected 6.5 percent this year, even if Washington and Beijing are able to negotiate an end to their trade war.

“We cannot rule out the possibility that the government starts to ease housing policies (in some cities) to support overall growth,” said Tianjie He, senior economist at Oxford Economics in Hong Kong.

“But we think that China’s policymakers are unlikely to do that unless the pressure on overall growth—particularly from the impact of the trade conflict with the United States—becomes significantly stronger than it currently is.”

Asked to rate the affordability of Chinese housing on a scale of 1 being the cheapest and 10 the most expensive, the median answer was 6, down from analysts’ estimates of 7 in the last poll.