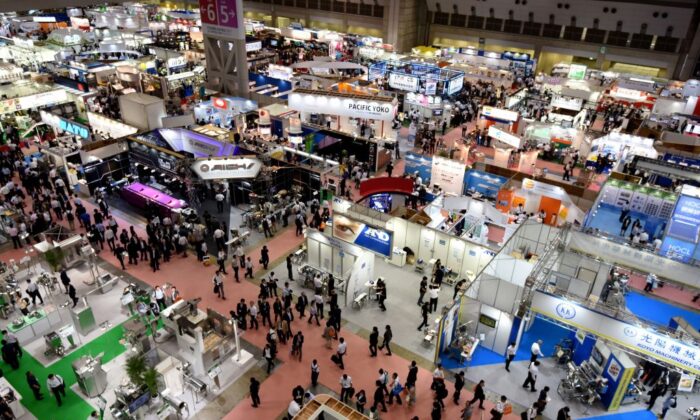 At least 44 Japanese researchers were part of a Chinese state-sponsored recruitment program, including to conduct research with military applications, according to an investigation by Japanese newspaper Yomiuri Shimbun.

The findings were published on the outlet’s English-language website Japan News on Jan. 2. The Chinese job program under scrutiny is the Thousand Talent Plan (TTP), which Beijing rolled out in 2008.

The TTP is one of many talent recruitment programs the Chinese regime has maintained for decades, to attract overseas Chinese and foreign experts into working in China’s science and tech sectors. Through these programs, Beijing hopes to quickly turn China into an industrial and innovation powerhouse, ultimately to outperform Western countries.

U.S. officials have warned that programs like TTP could facilitate intellectual property theft in order to benefit Beijing’s technological advancement.

The U.S. State Department warned about the TTP on its website, saying that talent recruits sign legally-binding contracts that often compel them to do things such as “facilitate the illicit movement of intellectual capital to duplicate ‘shadow labs’ in China” and “engage in activities abroad that would violate export control regulations.”

Of the 44 researchers, 24 acknowledged to the Japanese news outlet that they were involved with the TTP, including participating in the plan directly or accepting awards. The outlet found 20 other Japanese researchers who were involved in the plan through publicly available information, such as their blogs or university websites.

The Japanese outlet did not disclose the names of the 44 researchers. However, it found that some worked with Chinese universities with ties to China’s military, the People’s Liberation Army.

Eight of the 44 researchers were affiliated with China’s “seven sons of national defense,” a group of seven universities under the control of the Ministry of Industry and Information Technology. The latter oversees China’s defense industry through its subordinate agency, the State Administration for Science, Technology and Industry for National Defense.

Specifically, the eight researchers were affiliated with the Beijing Institute of Technology (BIT) and Beihang University.

An unnamed Japanese researcher at Beihang University said: “There is always the risk that anything can be converted to military use.”

Many of the 44 researchers said the reason they joined  TTP was because China offered more research funding than Japan.

13 of the 44 researchers did receive a total of about $4.5 billion yen (about $43 million) of research funds from the Japanese government, according to the newspaper report, citing data from the government and other organizations.

BIT’s Beijing Advanced Innovation Center for Intelligent Robots and Systems (BAICIRS) stated on its website that it conducted research in ballistic missiles during the 1960s. Then, in the 1990s, the center began to do research into dual-use robots that could be used for military and civilian applications.

In a 2017 document published by the BAICIRS on its website, several Japanese scientists were named as TTP participants, including Toshio Fukuda and Tatsuo Arai.

Fukuda is the current president of the Institute of Electrical and Electronics Engineers (IEEE), an international professional association for engineers and a prominent publisher of technical research. He is also an emeritus professor at Japan’s Nagoya University and he won a friendship award from Beijing in 2014.

In December last year, China’s Nankai University reported on its website that Fukuda gave a speech at the school’s seminar, where he was introduced as a TTP expert.

Meanwhile, the State Administration of Foreign Experts Affairs, a Chinese government agency responsible for recruiting foreigners, stated on its website that Arai was a BIT professor since 2016 and signed up to join TTP in April 2017. He was a former professor at Japan’s Osaka University.

BAICIRS’ document also showed He Jiping, a former professor at Arizona State University, as a member of the TTP.

Fukuda, Arai, and He did not respond to requests for comment.

Japan currently does not have any government regulations about TTP. But the government is considering setting up guidelines to require recipients of government funding to disclose any participation in foreign talent recruitment programs or acceptance of foreign funding, according to the Yomiuri Shimbun.

China has also targeted South Korean and Taiwanese researchers in its recruitment efforts. According to statistics from the Taiwan government, 33 Taiwanese nationals were recruited under the TTP as of October 2018.

Chinese state-run media reported that as of November 2017, the TTP had recruited over 7,000 scientists and researchers, most of them from universities, research institutes, and international companies located in the United States, Europe, and other countries with advanced tech development.

In recent years, U.S. federal prosecutors have charged a number of researchers who were TTP participants and failed to disclose their ties to their employers. Others have been prosecuted for stealing intellectual property.

To prevent U.S. technology from falling into the hands of the PLA, the U.S. Commerce Department has recently expanded the number of Chinese firms placed on its so-called entity list. U.S. companies are banned from doing business with blacklisted companies unless they secure a special government license.

For example, the BIT was one of 77 entities added to the Commerce Department’s entity list in December last year, with the school accused of “acquiring and attempting to acquire U.S.-origin items in support” of the PLA. Beihang University has been blacklisted since 2010.

In September, the State Department announced that it revoked more than 1,000 visas of Chinese nationals over their military links.