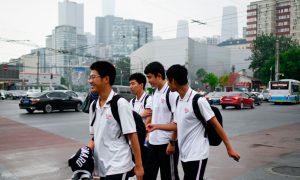 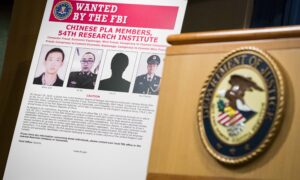 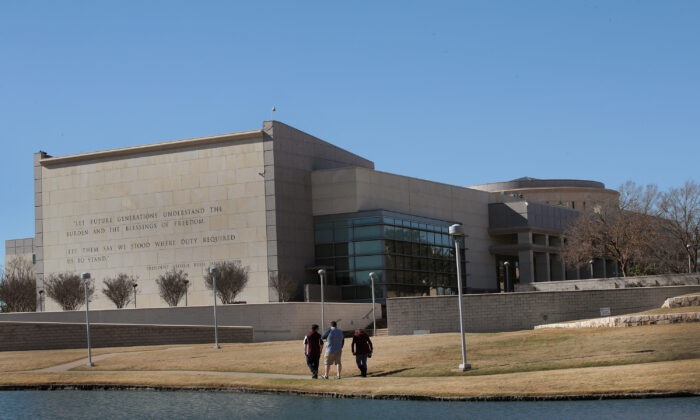 A Texas A&M University (TAMU) professor has been arrested and charged in connection with hiding his funding from China while working as a researcher for NASA, the Justice Department announced on Aug. 24.

Cheng Zhengdong, 53, a professor of engineering at TAMU for years, deliberately concealed his ties to Chinese universities, a Chinese company, and state-backed talent plans, while at the same time leading a research team for NASA, prosecutors allege. Under the terms of his grant from NASA, Cheng was prohibited from collaborating with Chinese institutions, the department added.

Prosecutors said Cheng was also able to gain access to NASA resources relating to the International Space Station, and leverage that to advance his standing at the Chinese university. They said Cheng personally received $86,000 in funding from NASA, and was part of a team that received a $747,000 grant from the organization.

The arrest is the latest in a long line of prosecutions against researchers in the United States accused of hiding their affiliations to Chinese talent plans and institutions, often while receiving U.S. taxpayer-funded grants. U.S. officials have long warned that state-backed recruitment programs, such as the Thousand Talents Plan, incentivize foreign scientists and researchers to transfer technology and know-how to China.

“China is building an economy and academic institutions with bricks stolen from others all around the world,” said U.S. Attorney Ryan K. Patrick for the Southern District of Texas. “While 1.4 million foreign researchers and academics are here in the U.S. for the right reasons, the Chinese Talents Program exploits our open and free universities. These conflicts must be disclosed, and we will hold those accountable when such conflict violates the law.”

From December 2017 to August 2019, Chen was also hired as a visiting professor at the Southern University of Science and Technology (SUST), which provided him the monthly salary of 50,000 yuan ($7,200) plus housing and travel allowances, court documents said. SUST also provided him 100,000 yuan ($14,450) every three months for his research.

In 2014, Cheng co-founded a Chinese company, Foshan City Ge Wei Technology Co., an enterprise dedicated to designing and making microfluidic chips—devices that contain tiny amounts of fluid for processing or visualizing—and affiliated with GDUT, the complaint stated. He filed at least two patents as a result of his work with this company and GDUT, it added.

Prosecutors said Cheng also was a participant in two Chinese talent plans and applied for the Thousand Talents Plan at the China University of Science and Technology in the eastern city of Hefei.

The complaint said Cheng lied to TAMU and NASA about these affiliations.

Earlier this year, the former chairman of Harvard University’s chemistry department, Charles Lieber, was indicted on charges related to making false statements about his participation in the Thousand Talents Plan and receiving $2.25 million in Chinese funding over three years. Prosecutors said that Lieber had received more than $15 million of federal funding since 2008.

In July, longtime University of Arkansas professor Simon Saw-Teong Ang was indicted on 42 counts of wire fraud connected to failing to disclose his ties to the Thousand Talents Plan, while receiving funding from NASA.