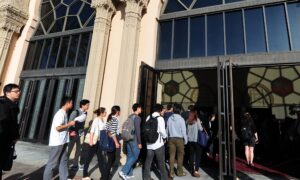 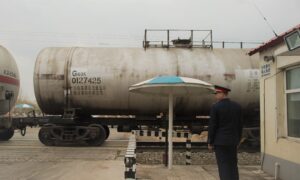 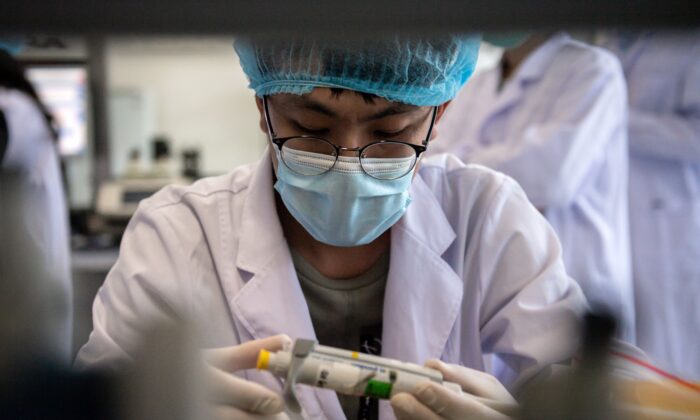 A worker inside a laboratory in Beijing on May 14, 2020. (Nicolas Asfouri/AFP via Getty Images)
China-US News

The Chinese regime continues to target top overseas talents through a well-financed recruitment program—the Thousand Talents Plan—which has come under close U.S. scrutiny for its perceived threats to national security, according to a series of internal documents obtained by The Epoch Times.

Rolled out by Beijing in 2008, the Thousand Talents Plan is China’s most prominent state-run recruitment program. Hundreds of similar operations exist at the central and local government levels, aiming to attract promising overseas Chinese and foreigner experts in the fields of science and technology to fuel China’s innovation drive.

From 2007 to 2017, more than 7,000 “high-end professionals”—mostly from overseas—have participated in Thousand Talents alone, including six Nobel Prize laureates, according to Chinese state media reports. Amid deepening trade theft concerns and a string of notable U.S. federal prosecutions, the program has gone underground, with Chinese censors deleting online references to it.

The documents seen by The Epoch Times revealed that a dozen researchers and experts who received nominations to the program hold doctorate degrees from Western universities or have previously worked in Western companies and academic institutions.

One such list, compiled in late 2019 by a Shaanxi provincial government agency, showed all Thousand Talent recruits who were due to work in Xi’an city, the province’s capital. The document included their previous job titles and when they would begin working at a Xi’an local firm, according to the contract they signed.

The experts, from the United States, the UK, Australia, Denmark, Germany, and Japan, specialize in fields such as artificial intelligence, biomedical, pharmaceutical, and biochemistry—industries Beijing has targeted as part of its ambitions to become a high-tech manufacturing powerhouse.

One chemistry professor at the University of Illinois at Urbana-Champaign who specializes in nanotechnology and molecular biology was nominated to the program and signed a contract with an information technology company in Xi’an in September 2019, the document shows.

Responding to an email inquiry, he told The Epoch Times that at the time, he was “in transition” to his current job and had considered going back to China to take the job of a part-time consultant at the Xi’an company. He later turned down the job offer and the nomination “exactly because UIUC and the US news media were educating people that those programs may have the ‘spy’ concern [sic],” and therefore, he has “never been in any talent programs,” he said.

Daiichi Sankyo Co., a Japanese pharmaceutical company, and UK-based Oxford Cancer Biomarkers, a developer of cancer diagnostic tests, didn’t immediately respond to requests by The Epoch Times for comment about their employees whose names were on the list.

The Chinese Communist Party (CCP), which plays a central role in executing the recruitment plan, is able to “exert exceptional” levels of control over members to ensure the program serves its priorities, a 2019 Senate report noted (pdf).

Thousand Talents members sign binding contracts with Chinese institutions that may contain nondisclosure agreements, which can incentivize them to lie when applying for U.S. federal grants, set up “shadow labs” in China, and transfer U.S. intellectual property, the report said.

“The Party is in control of the talents,” declared a Shaanxi Thousand Talents Implementation Plan published in 2017, a phrase that has appeared in many Party speeches and policies over the years.

This wording in itself should arouse suspicions, said China affairs commentator Li Linyi. The reason for such an emphasis, he said, is that “the CCP needs the overseas experts to obey the Party and help the Party steal advanced foreign technologies.”

The financial benefits of joining Thousand Talents are enticing.

The latest publicly available information from the Shaanxi government showed that in addition to their salaries, “top talents” and those selected to join its “innovation team” can expect up to 2 million yuan ($294,906) in financial assistance, with additional incentives for training and research development arranged on an individual basis.

Under the program, recruits categorized as “young talents” and “foreign experts” also receive government awards of 300,000 to 1 million yuan ($44,236 to $147,453). The foreign experts would enjoy privileged treatment on visa stays, housing, health care, transportation, insurance, and their children’s education. “The relevant departments will provide highly efficient and convenient services,” according to the Shaanxi government.

The high-tech zone as of 2018 has trained 77 experts for China’s national talent recruitment programs and 82 for the Shaanxi provincial level Thousand Talents program, and has recruited more than 4,600 foreign experts and over 5,400 Chinese scholars who studied overseas, according to the government.

Some of the experts involved in Shaanxi Thousand Talents have worked on developing 5G technology, China’s satellite navigation system BeiDou, and large-scale photonic integrated circuits (computer chips) to compete with U.S. computer hardware firms such as IBM and Intel, according to a separate internal document summarizing the program’s accomplishments.

Federal prosecutors in recent months have charged at least a half-dozen U.S. researchers in connection with ties to Thousand Talents.

In July, James Patrick Lewis, a former West Virginia University professor who worked for the state-run Chinese Academy of Sciences under the Thousand Talents program, was sentenced to three years in prison for federal program fraud.

Almost the same time, a Malaysian-born professor at the University of Arkansas since 1988 was indicted on 42 counts of wire fraud and two counts of passport fraud—mostly connected to his failure to disclose ties to China and Chinese companies.

Charles Lieber, former chair of Harvard University’s chemistry and chemical biology department, was indicted in June for two counts of making false statements to federal authorities, and again in July for concealing the earnings he received from Thousand Talents.

In a July 7 speech, FBI Director Christopher Wray said the agency is opening a new case about once every 10 hours to counter threats coming from China.

“American taxpayers are effectively footing the bill for China’s own technological development. China then leverages its ill-gotten gains to undercut U.S. research institutions and companies, blunting our nation’s advancement and costing American jobs,” he said during the speech.