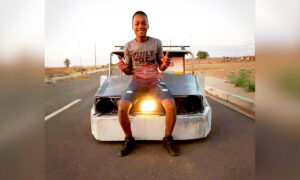 South African Teen Is Too Poor to Buy a Car, so He Builds His Own Car Using Scrap Metal
0
Share Now
TelegramFacebookTweetEmailTellMeWeReddit
Copy Link 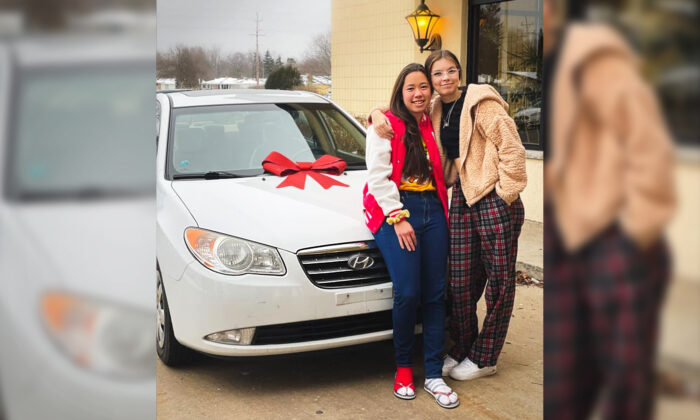 Chick-Fil-A Employee Wins New Car in Raffle, Gives It to Coworker Who Bikes Miles to Work in Winter

A Chick-fil-A employee with a huge heart has bestowed an equally huge gift upon one of her coworkers. After winning a car in a company Christmas raffle, she gifted the vehicle to her friend in need who was cycling miles to work in the freezing winter weather.

Teens Haley Bridges, 17, and Hokule’a Taniguchi, 19, work together at a Chick-fil-A restaurant in Appleton, Wisconsin. The pair became firm friends soon after Bridges joined the team in August 2020, and are now inseparable.

“I love working here,” Bridges told Today Food. “Not only are the people that work here amazing, but it has taught me so many new things. I always look forward to going to work, I get to see my second family.”

Before Chick-fil-A Appleton’s Christmas party in December, Bridges and her coworkers concocted a plan. There was a rumor the company was giving away a car in their annual raffle; wanting to help Hawaii-native Taniguchi, known to her friends as “Hoku,” the group agreed that if any of them won, they would gift her the car.

“We were all very nervous that someone else would get chosen, but we kept our hopes up,” said Bridges, who already has a car. When Bridges’s name was announced in front of an anticipant crowd at Appleton’s Grand Meridian banquet hall, the teens were overcome.

“I really just started crying because I was so happy,” Taniguchi told WLUK, “and I was like, ‘Oh my gosh! I can’t believe this is real!’ Now I can go grocery shopping. I can go to work, like, five minutes before. … There’s a million more opportunities and possibilities for me now!”

“[Hokule’a is] one of the people here that has made me be myself more and I just feel so happy being around her,” Bridges told WFRV, “and it was just an immediate decision to give her a car, because she probably needs it more than anyone I know.”

On Jan. 11, following the Christmas party, Chick-fil-A shared the good news on Facebook. “Seeing our team care for each other was our favorite highlight,” they wrote. “Haley won the car, but immediately decided to give it to Hokule’a so she doesn’t have to bike to work anymore!”

Besides the new car, Taniguchi was also approved for a new apartment closer to the restaurant. In another turn of good fortune, Bridges became the recipient of an act of kindness when her aunt held a fundraiser to pay off her own car completely.

“I was paying monthly for the car and it took a chunk of my pay check,” the grateful teen told Today Food.

Taniguchi has taken her Chick-fil-A friends on many rides in her new car, telling Bridges that if anyone else in the group had been the gift-giver it would have been amazing, but not quite the same.

“It’s crazy knowing that I was able to give my best friend a car!” said Bridges.